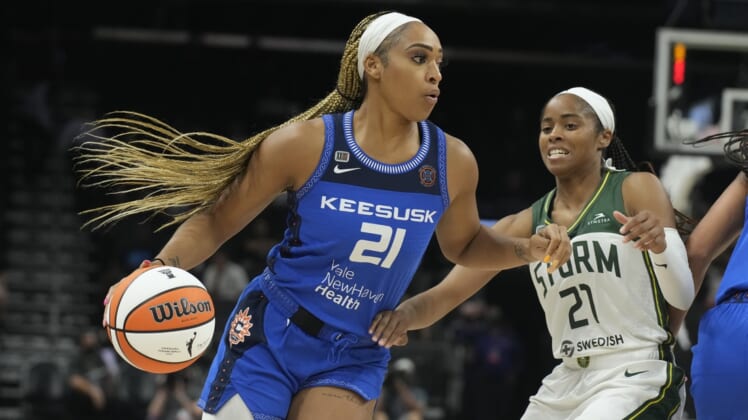 The Connecticut Sun and Las Vegas Aces are the co-championship favorites ahead of Friday night’s tip-off to the 2022 WNBA season.

The season gets under way with four games on Friday night, including the Aces visiting the Phoenix Mercury and the Storm playing host to the Minnesota Lynx. The first game of the night features the Indiana Fever at the Washington Mystics, followed by the Los Angeles Sparks at the Sky.

The Mystics have been the most heavily-bet team at BetMGM, drawing 21.0 percent of the championship tickets and 32.3 percent of the handle. At +1800 on Friday, that makes the Mystics the sportsbook’s biggest liability entering the season.

The Suns had not drawn any action at BetMGM as of Friday, while DraftKings wasn’t even offering a full-league title market.