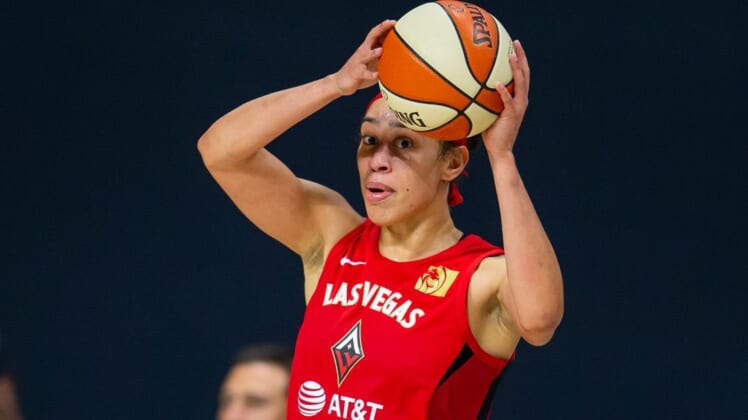 The WNBA season is only a few weeks old but already the league-leading Las Vegas Aces are making history.

Their 9-1 start is the best in franchise history and gives Becky Hammon the best 10-game start to a WNBA head-coaching career.

The Aces will try to win their eighth consecutive game when they host the Connecticut Sun (6-3) on Thursday, two nights after they beat the visiting Sun 89-81.

“I think we did a decent job,” said forward A’ja Wilson, who led the Aces with 24 points and 14 rebounds. “I think we had some mental lapses in there we need to fix, but at the end of the day we have to see them again Thursday.”

Las Vegas forced 10 turnovers that led to 16 points as it took a 10-point halftime lead. The Aces led by as many as 20 points before the Sun made the final score more respectable.

“When we play out of our defense,” Hammon said, “we become elite.”

“I thought turnovers hurt us in the first half,” acting Sun head coach Chris Koclanes said. “We just threw the ball away.”

Connecticut played its past two games without head coach Curt Miller and assistant Brandi Poole because of health and safety protocols.

Jones managed just four shots and Courtney Williams scored 13 points but made just 6 of 18 field-goal attempts. Brionna Jones added 12 points, but was limited to 19 minutes because of foul trouble.

“That hurts,” Koclanes said of Brionna Jones’ foul trouble. “She just impacts the game in a different way. We saw more zone (defense) than we’ve seen all season and didn’t necessarily shoot the ball well from three (6 of 22).”

Las Vegas took advantage of having more free throw attempts, shooting 17 of 20 at the foul line compared to 7 of 12 for Connecticut.