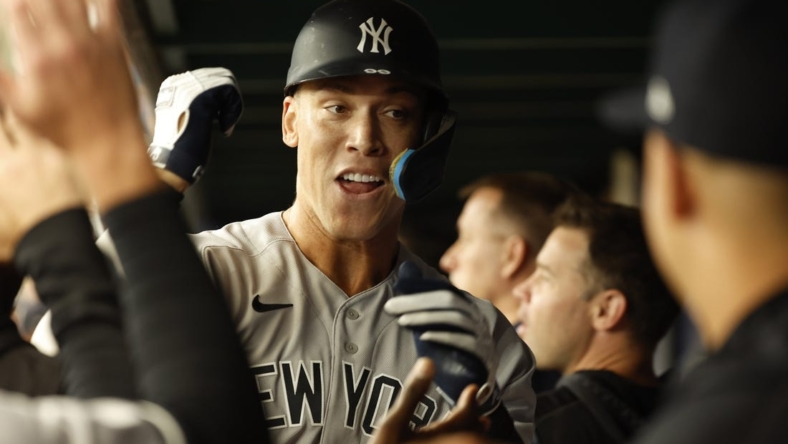 Like Judge, Goldschmidt was in contention for his league’s Triple Crown for much of the season. He wound up third in the NL in batting average (.317), tied for fifth in home runs (35) and second in RBIs (115).

Houston Astros right-hander Justin Verlander won the AL outstanding pitcher and comeback player of the year. Coming off Tommy John surgery at age 39, Verlander led the league in wins while going 18-4 with a majors-best 1.75 ERA.

The NL outstanding rookie honoree was Atlanta Braves right-hander Spencer Strider, who finished 11-5 with a 2.67 ERA in 31 games (20 starts).

Braves center fielder Ronald Acuna Jr., who missed the second half of the 2021 season and the first month of the 2022 campaign due to a torn anterior cruciate ligament, was selected the NL comeback player of the year. He batted .266 with 15 homers, 50 RBIs and 29 steals in 119 games.

New York Mets shortstop Francisco Lindor received the Marvin Miller Award for “leadership (that) most inspires others to higher levels of achievement.”

Former major league pitcher and MLBPA executive Steve Rogers was the recipient of the Curt Flood Award, given annually to “a former player, living or deceased, who in the image of Flood demonstrated a selfless, longtime devotion to the Players Association and advancement of players’ rights.”