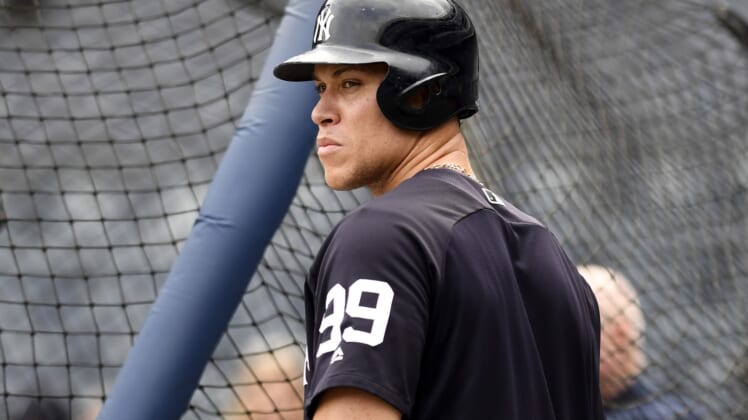 Aaron Judge is inching his way back to a return with the New York Yankees after spending more than a month on the injured list with an oblique injury.

The Yankees star ran and threw for the first time since the injury on Monday, and on Sunday he opened up about how his recovery is going.

One of many Yankees stars who have been bitten by the injury bug this season, Judge is still a ways away from a comeback. He has yet to swing a bat, though he said that will happen “hopefully soon.”

Manager Aaron Boone recently expressed optimism about Judge’s recovery as well. So, while a return to the lineup is still not right around the corner, it’s coming soon.