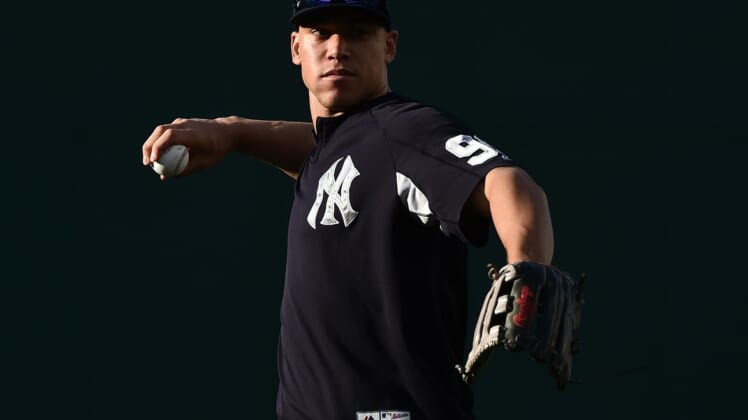 Aaron Judge continues to recover slowly from the fractured wrist he suffered a couple weeks back, and on Monday Aaron Boone gave an update on his status.

Cole Harvey or ESPN noted Boone said Judge did some “underwater stuff” including swinging the bat on Sunday but that he has yet to swing the bat outside of the pool. Boone did say “we’re any day now” as it concerns Judge finally taking some dry swings, and that Judge underwent more tests on his wrist Monday.

Last week, Judge told reporters he was still dealing with some pain, but that he expected to be swinging the bat soon. One week later and we’re still seemingly hearing the same story, which obviously leads us to wonder if this is going to continue dragging out in the coming weeks.

The good thing is that, since New York lost five straight recently, the Yankees have won six of seven games and remain well ahead of the rest of the American League Wild Card contenders. That being said, it’s no secret that having Judge back in the lineup would be a big boost for this team.