Whether it’s over the course of the 2015-16 NCAA basketball season or over the last few years, we’ve certainly gotten used to talking about certain teams in the NCAA Tournament.

These teams are no exception and have all earned the label of being a “big time program.” Still, whether it’s a rough draw in their region or just some uninspiring play towards the end of the season, none of these teams enter the NCAA Tournament with particularly great odds of staying there for too long.

All of these teams should be long gone by the time the Final Four convenes in Houston. Realistically, if any of these schools make it out of the opening weekend, it would be a pleasant surprise.

Our first repeat since Florida in 2006 and 2007 seems like an incredible long shot. The Blue Devils enter March Madness with essentially no momentum and nothing to suggest that they can string together a winning streak of any kind.

On Feb. 17, things looked pretty good for Duke. They defeated rival North Carolina in Chappel Hill to win their fifth straight game. The Blue Devils lost their next game — a 71-64 defeat in Louisville — and have alternated wins and losses ever since.

In Mike Krzyzewski, Duke obviously has a coach that knows how to win the NCAA Tournament. They’ve also got a solid top three of Brandon Ingram, Grayson Allen, Marshall Plumlee. If they got the benefit of a series, Duke’s big dance future wouldn’t look so bleak.

Unfortunately, one bad game will end the Blue Devils’ season. Duke should do fine against No. 13 UNC Wilmington and on paper, a second round game against No. 5 Baylor or No. 12 Yale certainly seems winnable.

They’ve had too many bad games throughout the season, especially the last month, to think that they’ll too far in the tournament without going flat for 40 minutes. When that happens, Duke’s repeat bid is over. 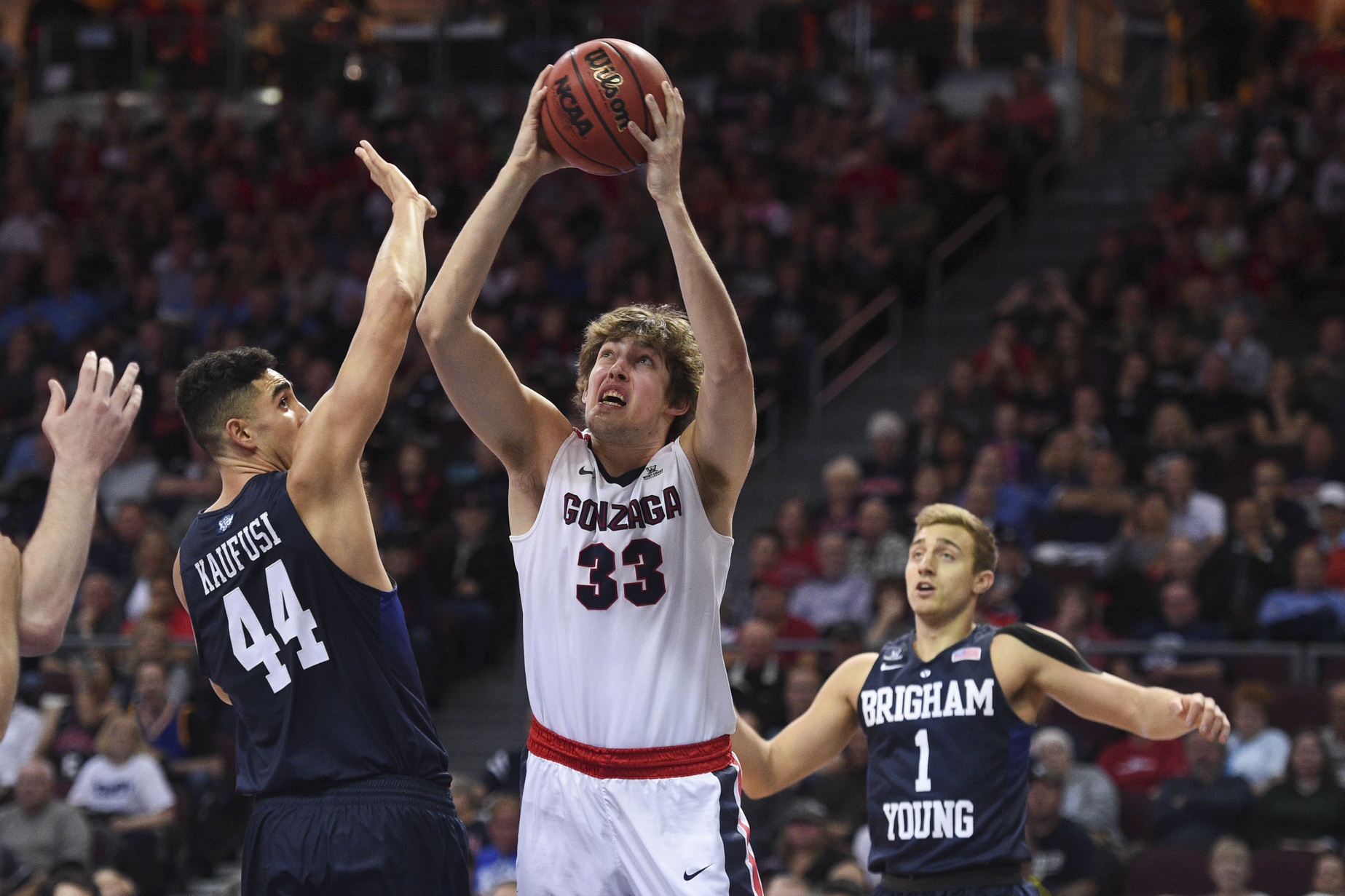 The last time the Bulldogs failed to make the Round of 32 was 2008 when they were done in by Davidson, specifically a 40-point performance from some dude named Steph Curry. What ever happened to him, anyway?

Back to 2016, this Gonzaga team is just not as good as the teams they’ve had over the last decade. The Bulldogs rely a bit too much on Kyle Wiltjer and Domantas Sabonis for scoring, and while their defense isn’t bad, it’s not good enough to beat an NCAA Tournament caliber team if either player is slumping.

That’s the kind of thing that tournament teams and coaches can figure out and find a way to expose. If they do find a way to even limit either Wiltjer or Sabonis, Gonzaga is in the lot of trouble.

We’ve gotten pretty used to long NCAA Tournament stays from the Bulldogs, but it’s awfully doubtful that one is in the cards this year. No. 6 Seton Hall is badly underrated and brutal assignment in the first round.

Everything came to a crashing halt for the Hawkeyes after they defeated Illinois 77-65 on Feb. 7. At the conclusion of that game, Iowa sat at 19-4 and a deep run through the tournament seemed likely. The Hawkeyes have dropped six of eight since that contest.

Minus a big injury, it’s hard to identify exactly what the problem is. ESPN.com’s C.L. Brown did identify something that might well be the source of Iowa’s issues.

“Coach Fran McCaffery generally uses a seven-man rotation, so there hasn’t been a lot of rest available.

Fatigue might also be why the Hawkeyes haven’t been able to pull out games late. Four of their recent losses have all come within a four-point margin, including their home loss to Indiana on March 1.”

Indeed, short rotations get exposed late in the year. Even if Iowa benefits from the rest that comes with not playing for a week, getting through the opening weekend means winning two games in three days. That’s where it’s hard to see any team that only plays seven men going too far.

All signs point to a quick exit for Iowa. No. 10 Temple will be a very difficult test for the Hawkeyes in the first round. Even if Iowa beats the Owls, a second round game against No. 2 Villanova has serious blowout potential.

While Iowa’s play over the last month puts serious doubts over their NCAA Tournament chances, their in-state rivals earn a spot on this list mostly due to a likely second-round game against No. 5 Purdue.

The Boilermakers hung in tight against a Michigan State team that should be a No. 1 seed. Prior to that, they were riding a cool five-game winning streak, so they enter March Madness with a lot of confidence.

The Cyclones are a little different. They’re riding a two-game losing streak and while those games were against Kansas and Oklahoma, it’s not the way that you want to enter the tournament.

Purdue is one of the stronger defensive teams in the country. While they’re not likely to shut Georges Niang and the Cyclones’ offense down, they are the kind of team that can keep Iowa State’s attack from being overwhelming. That creates an opening for the Boilermakers, who themselves gave a solid offense, to step in and pull the second-round upset.

When a team like Purdue gets underrated by the committee, their early opponents are the ones who suffer. Iowa State gets the unfortunate draw this year. They should be fine against No. 13 Iona, but Purdue is a different story. 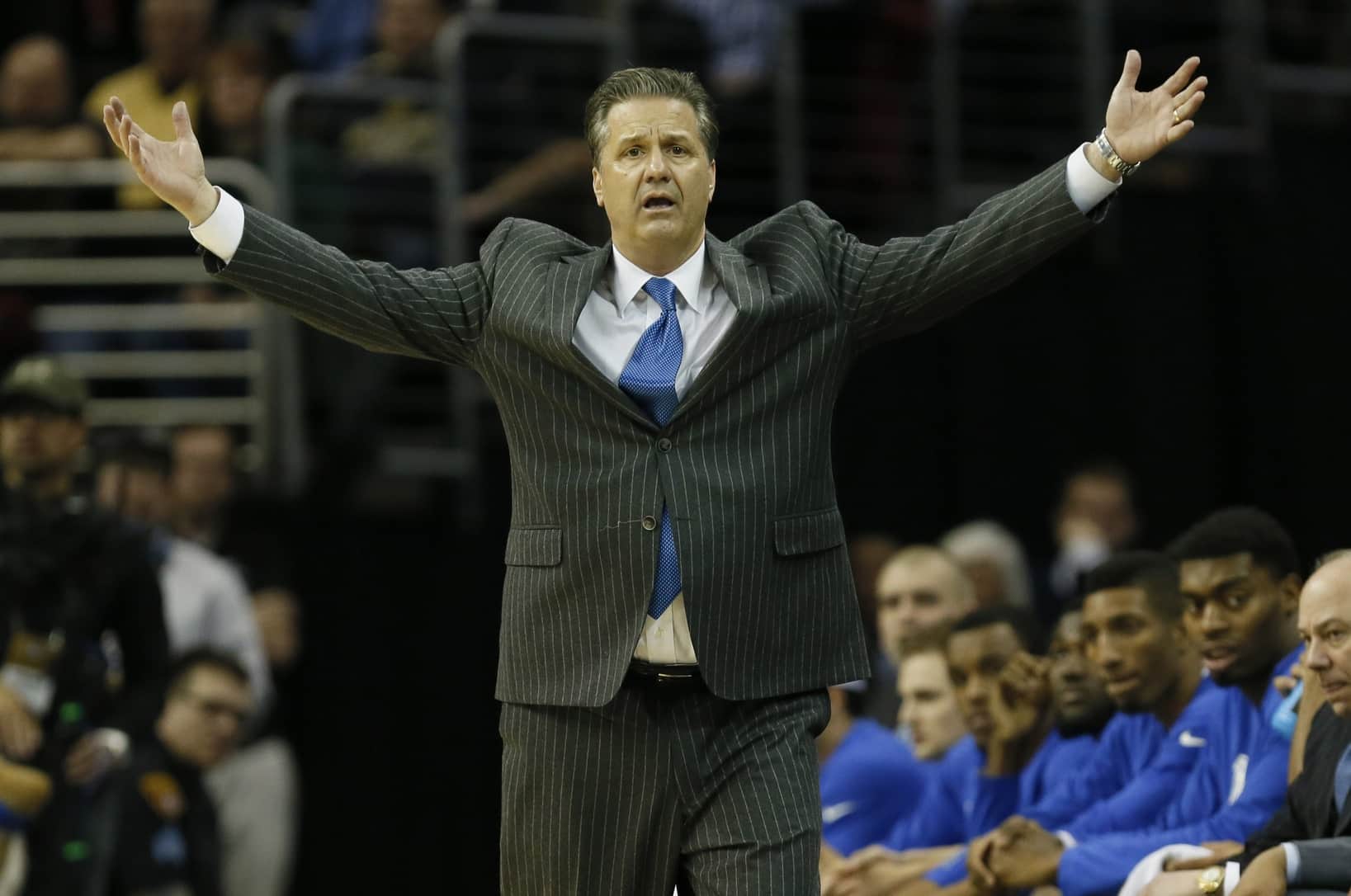 Like the Cyclones, The Wildcats get a placement on this list more because of the way the bracket breaks down than anything else.

Every now and again, the NCAA Tournament gives us an early-round game that feels like a Final Four contest. Assuming they win their first round games against No. 12 Chattanooga and No. 13 Stony Brook, Indiana and Kentucky are on a collision course to give us this year’s version of that game, as they’re on track for a second-round matchup.

Indiana dropped a game to Michigan in the Big 10 Tournament, but are otherwise entering the NCAA Tournament on a nice hot streak. Kentucky is not bad at all, but they are very young and quite frankly not as talented as they’ve been in past seasons.

The second-round matchup against Indiana is just a rough assignment for the Wildcats.

While the Terrapins did hang strong against a good Michigan State team in the Big 12 semifinal, the end of Maryland’s season is just too troubling to ignore.

The Terps finished at 3-5 over their last eight games. Included in that run was a 68-63 loss to Minnesota in one of the Golden Gophers’ two conference wins. Even one of their wins came in rather alarming fashion, as a mediocre Nebraska team put up 86 points on Maryland.

At one point, Melo Trimble and Rasheed Sulaimon were about the best backcourt in the country. But it was a rare game at the end of the Terrapins’ season where at least one of them didn’t struggle rather mightily.

The beginning of Maryland’s season was good enough to get them a No. 5 seed, but No. 12 San Diego State will be no picnic in a first-round matchup. Even if the Terps do get past the Aztecs, it’s hard to see them getting through No. 4 Cal in the second round.

The selection committee did the Hurricanes no favors, lining Miami up for a second-round matchup with No. 6 Arizona. The Wildcats have lacked consistency throughout the season, but feature three players — Ryan Anderson, Gabe York, and Allonzo Trier — who averaged more than 15 points per game.

Over the season’s final 13 games, the Hurricanes went over 80 points only once. Over the course of the season, Arizona averaged better than 81. They’ve also scored 82 or more in three straight games.

Realistically, Arizona should not be a six seed. As good as Kansas is, the Wildcats have legitimate Final Four potential.

While they should blow out No. 14 Buffalo in the first round, an incredibly difficult second round game against Arizona lingers. The Hurricanes had a great season but didn’t get much of a reward for it.

Earlier, we went over Seton Hall’s first-round opponent in Gonzaga. Now, we take a look at their likely second-round opponent, Utah.

At a glance, Utah’s 26-8 record looks good, and it’s hard to doubt the chances of a tournament team with that kind of record. The problem is that they’re 17-1 against teams not the Top-50 of the RPI, meaning they’re only 9-7 against the best teams in the country.

The problem Utah has is it gets into a lot of trouble if the opponent can at least limit Jakob Poeltl. That can come from either getting him into foul trouble or maybe blocking the passing lanes to the inside.

The Utes lost three games against Oregon in 2016, and the Ducks really exposed that issue. In those games, Poeltl scored only 13, 13 and seven points. Oregon is one of the best teams in the country, and most tournament teams will attempt to replicate their success and make the other Utes win the game.

Utah would technically be the favorites in a 3 vs. 6 second round game against Seton Hall. With that said, the Pirates are riding a nice hot streak and rankings aside should be considered the favorite from their group of four to reach the Sweet 16. Utah had a great season and it’s doubtful that No. 14 Fresno State will give them much of a problem. But after the Bulldogs, the Utes got an absolutely brutal draw.