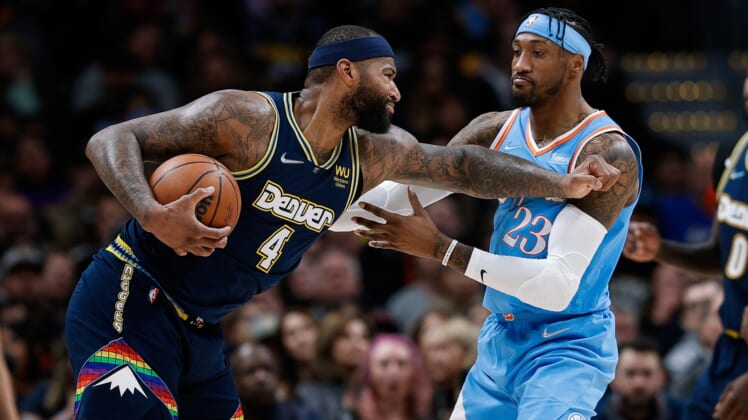 Monte Morris finished with 15 points, Austin Rivers had 11 and Will Barton added 10 for Denver.

The Nuggets missed their first four shots of the final quarter and the Clippers took advantage to get within 99-93. After a timeout, DeMarcus Cousins made a layup and Rivers and Hyland hit 3-pointers to make it 107-95.

Los Angeles scored the next five points to get within seven and force another Denver timeout, but the Clippers kept creeping closer. Jackson hit a running jumper and Covington a 3-pointer to make it 111-109. Monte Morris answered with a 3-pointer from the corner to stretch the lead to five again.

Jokic blocked a pair of shots, and the second one led to a 3-pointer by Green to make it 117-109. Los Angeles cut it to six again on two free throws by Mann, but a 10-4 run sealed it for the Nuggets.

The Clippers scored eight straight early in the third to get within 74-69, but Denver went on an 11-2 run to go ahead by 14, its biggest lead of the night. Los Angeles chipped away, getting within 90-82 late in the quarter.

The Nuggets went back up by double digits on a 3-pointer by Hyland in the final minute, and after two free throws by Hartenstein, Rivers hit a floating jumper to give Denver a 99-88 lead heading into the fourth quarter.

Jokic had 17 points in the first half to help Denver lead by as much as 13 points. The Nuggets shot 61 percent from the field and 57.1 percent from behind the arc in the half.

Los Angeles used a couple of runs to cut into Denver’s lead, getting within 51-48 midway through the second quarter, but the Nuggets stretched the lead to 72-61 at intermission.