The 2015 NBA free agent market is drying up, but teams can still find a handful of valuable rotational pieces.

While LeBron James, Tristan Thompson and Enes Kanter technically remain uncommitted, none of them are included because each one is virtually a lock to return to his current team.

Instead, check out some of the top assets left on the market.

After four seasons of contributing primarily as a reserve, Jordan Hill established himself as a dependable starter for the Los Angeles Lakers over the past two years. Since the beginning of the 2013-14 campaign, the 6’10” post player has tallied 10.8 points and 7.7 rebounds per game. Hill isn’t a stellar defender, but his offensive contributions make him a solid pickup. 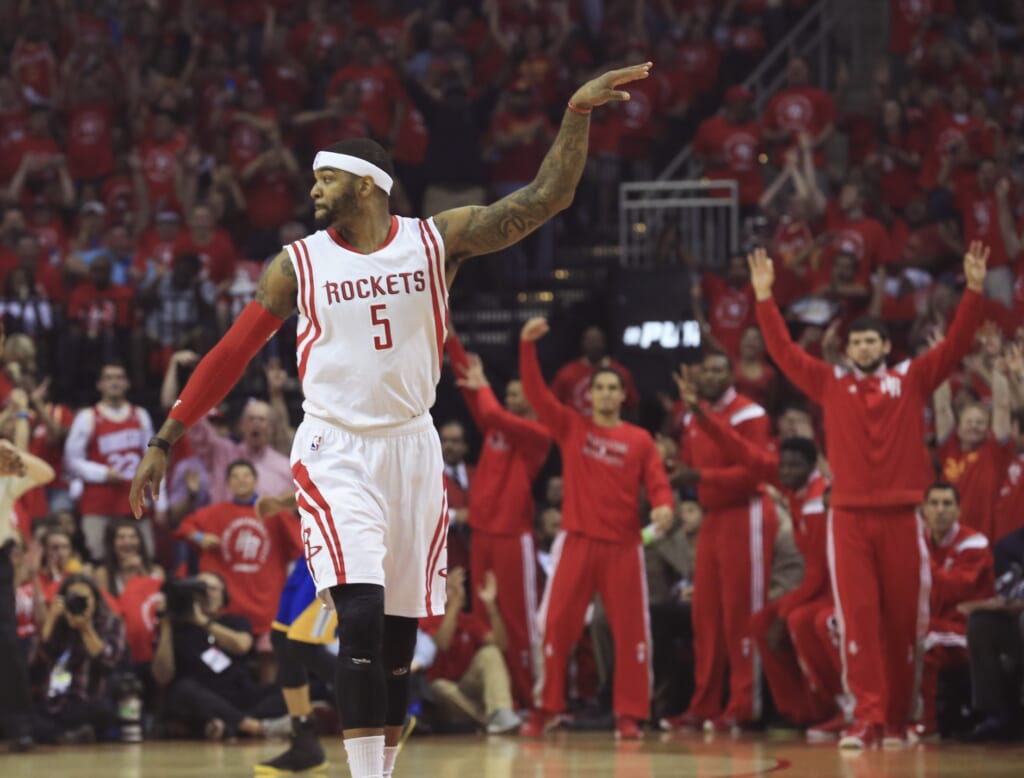 Similar to Hill, Josh Smith won’t dazzle suitors defensively. However, he’s a versatile offensive asset who can step into the much-desired stretch-4 role on a limited basis. The left-hander shot 31.6 percent from three-point range but is reasonably effective near the rim, on the glass and as a passer. Smith registered 12.4 points, 6.4 boards and 3.3 assists last season, spending time with the Detroit Pistons and Houston Rockets.

It’s hard to believe “Linsanity” was already three years ago, but Jeremy Lin has carved out a spot in the NBA since exploding onto the scene in February 2012. The point guard can contribute as a starter for a team lacking depth or in an emergency role. Lin accrued 11.2 points and 4.6 assists as a member of the Lakers.

The high-flying swingman is an attractive signing because of his potential to explode. Gerald Green served as a backup for the Phoenix Suns in 2014-15, netting 11.9 points per game despite logging just 19.5 minutes. He buried at least two triples in 37 games off the bench—the fourth-most in the league, per Basketball-Reference.com—so Green offers a respectable amount of upside offensively.

The Lakers are absolutely loaded in the backcourt, so Wayne Ellington might need a new home. Unfortunately, the North Carolina product is a liability on defense, evidenced by his career 112 defensive rating. Fortunately, he’s capable of being an elite shooter. Ellington has drilled 38.6 percent of his threes since the 2012-13 season began.

If he’s used properly, Jason Terry isn’t finished yet. “The Jet” isn’t much of a starter these days, but he remains a three-point threat off the bench. Last season, Terry connected on 39.0 percent from beyond the arc, including a 46.4 percent clip from the corners, per Vorped.