6 explosive NFL offenses that will sputter without a franchise QB

Franchise quarterbacks in the NFL are so difficult to find, and there are some dynamic offenses that would be unstoppable if only they actually had one.

Featuring an explosive offense that still needs a quarterback is like assembling all the parts to a supercar but missing the nuts and bolts to put it together. Wide receivers, tight ends, running backs and the men who block up front are all extremely valuable, but no other position supersedes the quarterback spot on the roster.

These upcoming teams have everything needed to score points with the best of them…everything but the all-important signal-caller. At least three feature previously hyped passers who could potentially step up this year to prove their skeptics wrong, but if they don’t, then all the talent on the roster will go to waste.

Unfortunately there isn’t any hope in sight on the quarterback front.

Geno Smith has been atrocious in his first two seasons and will enter this year on an extremely short leash. Rookie head coach Todd Bowles has made it clear he won’t hesitate to switch to veteran Ryan Fitzpatrick if Smith is costing the team with turnovers and bad decisions. Unfortunately, Fitzpatrick has never been able to ascend past average in the NFL.

This could be an ongoing problem for Gang Green going forward, too. The team’s defense is so good that the Jets will certainly win too many games to be picking near the top of the draft, which doesn’t bode well for landing a top quarterback next spring.

Andy Dalton is mediocre. It’s not up for debate. He just is. And things only get worse when the playoffs arrive, as he turns from mediocre to downright awful in the heat of postseason play.

Playing with one of the greatest receivers in the game today in AJ Green, Dalton has managed to surpass 4,000 yards just once in four years. The Bengals also feature two other highly talented receivers in Mohamed Sanu and Marvin Jones and feature an outstanding duo at the running back spot in Jeremy Hill and Giovani Bernard.

4,000 passing yards should be a given, and given the outstanding protection Dalton’s line continually gives him, he should be completing a higher percentage than his career 61.6 percent.

Cincinnati has AJ McCarron waiting in the wings should Dalton continue to underwhelm this season and beyond. He may not be the right guy, either. It may not matter. Given the stubborn way owner Mike Brown and head coach Marvin Jones have stuck by Dalton, Bengals fans could be stuck with “Red Rifle” for years to come. 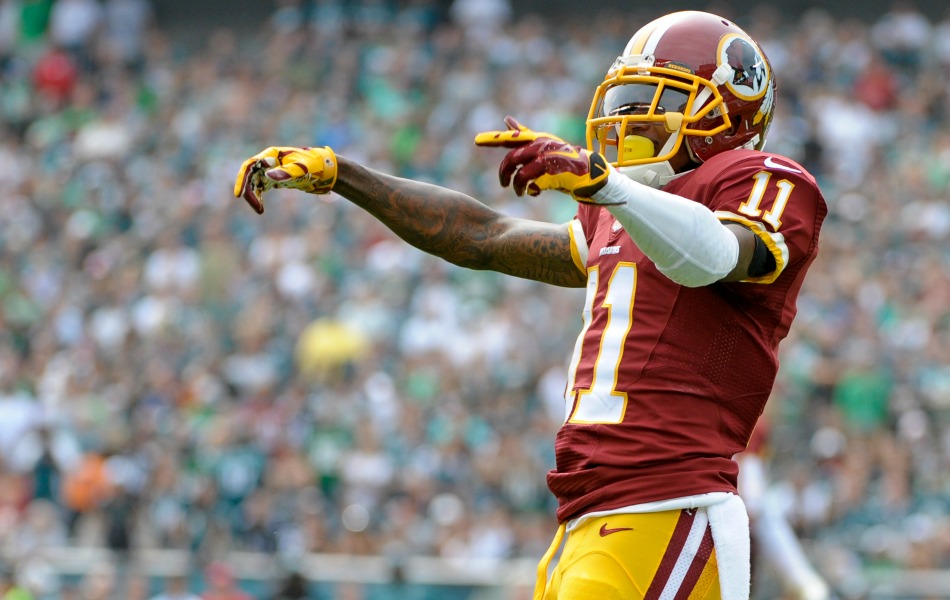 This whole unit will grind along without much purpose if Robert Griffin III continues to struggle in his development, however. Health issues derailed his promising career, but he was healthy last year and failed to impress.

Things were so bad that Colt McCoy proved the better option for some of the season.

This offense could be downright scary with a competent trigger man. With Morris and Jones pounding defenses silly up front, Garcon, Jackson and crew will be open down the field for huge plays in the passing game.

But it will be all for naught if RG3 doesn’t develop into a pocket passer, and to this point there isn’t much evidence he ever will.

Of all the teams listed, Buffalo’s offense is particularly impressive, barring the team’s atrocious quarterback situation, that is.

Sammy Watkins is an outstanding receiver who could potentially develop into a top-three talent in the league. Robert Woods is a perfect complementary receiver who takes routine slants for big yardage, while Percy Harvin and Marquise Goodwin provide speed to burn. And with the addition of tight end Charles Clay, this offense would be unstoppable if guided by an able hand.

But alas, there is no hand able to guide this offense.

EJ Manuel is light years behind where he needs to be in terms of recognizing what defenses are doing. Matt Cassell has been reportedly atrocious this spring during OTAs and Tyrod Taylor is a poor man’s Colin Kaepernick.

So much talent wasted.

Alex Smith is an awesome guy and a decent quarterback who specializes in taking care of the football. He is not, however, a franchise passer and does not possess the arm strength nor the will to push the ball down the field.

Every team he’s been involved with since entering the NFL has been limited offensively because of his limitations. This will be the case once again in 2015 with the Chiefs.

No doubt Andy Reid will attempt to manufacture explosive plays in the passing game, utilizing quick receivers Jeremy Maclin and De’Anthony Thomas. But no matter how much the coaching staff pushes Smith to take shots down the field, he has never been comfortable doing so and isn’t likely to start now.

As usual, look for Jamaal Charles and the team’s running game to carry the offense, because Smith is incapable of doing so.

To this point in his career, Kaepernick has yet to prove he’s a viable franchise quarterback for the 49ers. Nobody can deny his athletic prowess or his rocket arm, but the young signal-caller has yet to put the entire package together. In particular, it’s the mental aspect of the game that has eluded his grasp.

The 49ers have assembled a tremendous offensive lineup around Kaepernick this year. Torrey Smith joins former Baltimore Ravens teammate Anquan Boldin to provide a phenomenal 1-2 punch on the outside, and a resurgent Vernon Davis should bounce back in a huge way after a dismal 2014 campaign.

The running game should also be outstanding, featuring a quartet of playmakers in Carlos Hyde, Kendall Hunter, Mike Davis and Reggie Bush.

This offense could put points up in bunches and move the ball all over the field. However, if Kaepernick doesn’t step up in a huge way this season and establish himself as the franchise quarterback position for this team, then the offense will sputter.