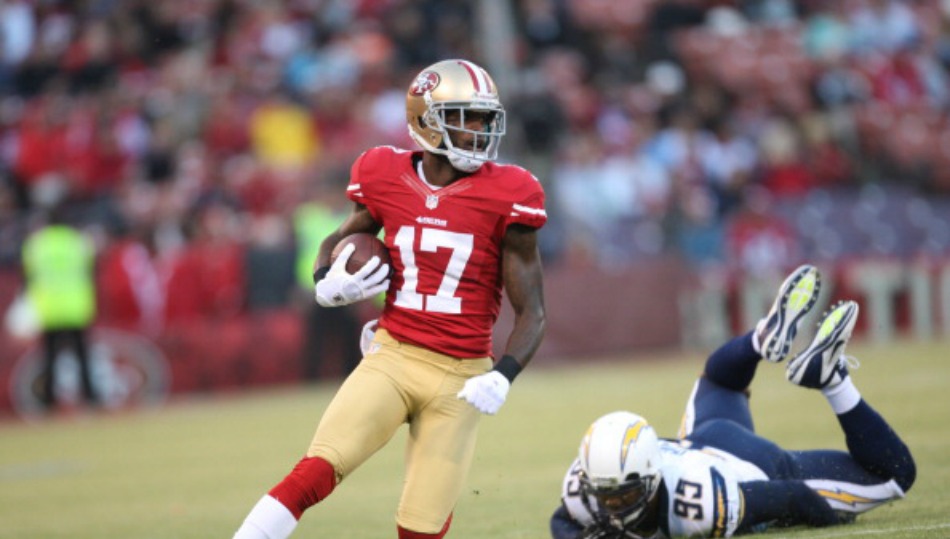 It’s hard to gauge how teams performed in a specific draft until years down the road. Those who put up grades and rankings just days after the draft has taken place are basing their opinions on pure conjecture.

In order to really understand how a team did during the draft, we have to wait at least two years.

That’s what Sportsnaut will be doing over the next couple weeks. Our very own David Kenyon just checked in on the five-best picks from the 2012 NFL draft.

On the other end of the spectrum, here are the five-worst picks from that very same draft. Sorry fans in Cleveland, your Browns appear twice in this article.

Cleveland may have saved face by trading Richardson to the Indianapolis Colts a couple games into his sophomore campaign, but a lot of people fail to realize that the team actually traded up to acquire the former Alabama star.

The Browns yielded a fourth, fifth and seventh-round pick to the Minnesota Vikings in order to move up just one spot in the top five. That’s where this becomes extremely sad for the downtrodden franchise. Minnesota picked up wide receiver Jarius Wright and defensive back Robert Blanton with two of those three picks.

More than that, the Browns passed up on eventual Pro Bowl performers to trade up for Richardson. Linebacker Luke Kuechly and defensive tackle Dontari Poe were both available at positions of need with the fourth pick.

In 17 games with the Browns before being jettisoned to the Colts, Richardson put up less than 1,100 rushing yards and averaged 3.5 yards per attempt. To make matter worse, the pick Cleveland acquired from Indianapolis for Richardson ended up—after another trade—being Johnny Manziel.

This has nothing to do with Blackmon’s on-field performance. In 18 career games, the Oklahoma State product has put up 93 receptions for 1,280 yards. The problem here is those 18 games. That’s about 38 percent of Jacksonville’s total outings since it made this troubled receiver a top-five pick.

Blackmon was suspended the first four games of his sophomore campaign in 2013 for violating the NFL Substance Abuse Policy. After putting up 415 yards in the four games after his suspension, the receiver was then suspended indefinitely for violating the substance abuse policy again. He hasn’t played in the NFL since.

No one can really blame the Jaguars for selecting Blackmon. According to most experts, he was the top receiver in the draft class. Unfortunately, it appears that substance abuse has ended his career in Jacksonville. That’s the sad reality.

Teams should avoid drafting a safety in the top half of the first round unless he’s a generational talent with an ability to play single-high coverage. That type of top pick has been reserved for the Earl Thomas-caliber players of the world. Anyone who scouted Barron, who is nothing more than an in-the-box safety, knew full well he wasn’t worth the seventh pick.

In his rookie campaign, Barron allowed a 64.6 completion percentage and a ridiculous 114.1 quarterback rating. He followed that up by yielding a 70.2 completion percentage as a sophomore in 2013. Understanding full well that the ill-fated pairing of Barron with “prized” free-agent signing Dashon Goldson wasn’t worth it, Tampa Bay traded Barron to the St. Louis Rams this past season for a fourth and sixth-round pick.

Sadly for the Buccaneers, the next safety off the board was Harrison Smith to the Vikings. Talk about reaching for an underwhelming player when a Pro Bowl-caliber safety was still available 20-plus picks later.

Cleveland finds itself on this list for a second time. And we sit here wondering why this team is a laughingstock. Weeden was 29 years old when the Browns made him a first-round pick. He was selected 53 picks before Russell Wilson. He’s also older than Alex Smith and Aaron Rodgers—the first two quarterbacks selected in the 2005 NFL draft.

If that’s not bad enough, Weeden was selected with one of the picks Cleveland acquired from the Atlanta Falcons in the Julio Jones trade one year earlier.

As it turns out, this Oklahoma State product started 20 games for the Browns, going just 5-15 in the process. During that span, the over-drafted signal caller threw 23 touchdowns compared to 26 interceptions. And after just two seasons, he was jettisoned from Cleveland for a backup role with the Dallas Cowboys. The likes of Dont’a Hightower and Harrison Smith were on the board when Cleveland selected Weeden.

Talk about a dud. Jenkins may in fact be the worst pick in this team’s history. He actually played in just three games with the team and failed to record a single reception. Think about that for a second.

And after that one year, the 49ers moved Jenkins to the Kansas City Chiefs for another first-round flop in the form of Jon Baldwin.

What makes this pick so bad are the wide receivers that came after Jenkins in the draft. Brian Quick, Alshon Jeffery, Rueben Randle and T.Y. Hilton were all still on the board when general manager Trent Baalke and company reached for Jenkins. There’s just no excuse for that.