Courtesy of USA Today Sports: The addition of Vic Beasley is huge for Atlanta.

The 2015 NFL draft first round selections are now history. With far less excitement than anticipated taking place on the first day, teams used their first-round picks to select who they felt was the best choice moving forward.

Some hit on players they were targeting, while others were boxed out of adding that primary target.

Here are five winners after the Day 1 action.

Note: Check out Vincent Frank’s post on the five biggest losers from Day 1 for a different perspective.

No mind-blowing trades went down with the second overall pick. Instead of moving down with the Philadelphia Eagles for a reported offer that included several draft picks and players, the Titans stood pat. Marcus Mariota makes an excellent choice at a starting quarterback working under Ken Whisenhunt’s scheme. Unfortunately for second-year quarterback Zach Mettenberger, it’s likely he will now be either warming the bench or playing for another team.

The Titans need to get down to business and start winning some games. The two they won last year won’t cut it and heading into 2015, especially if Mariota is slated to start from the first day. 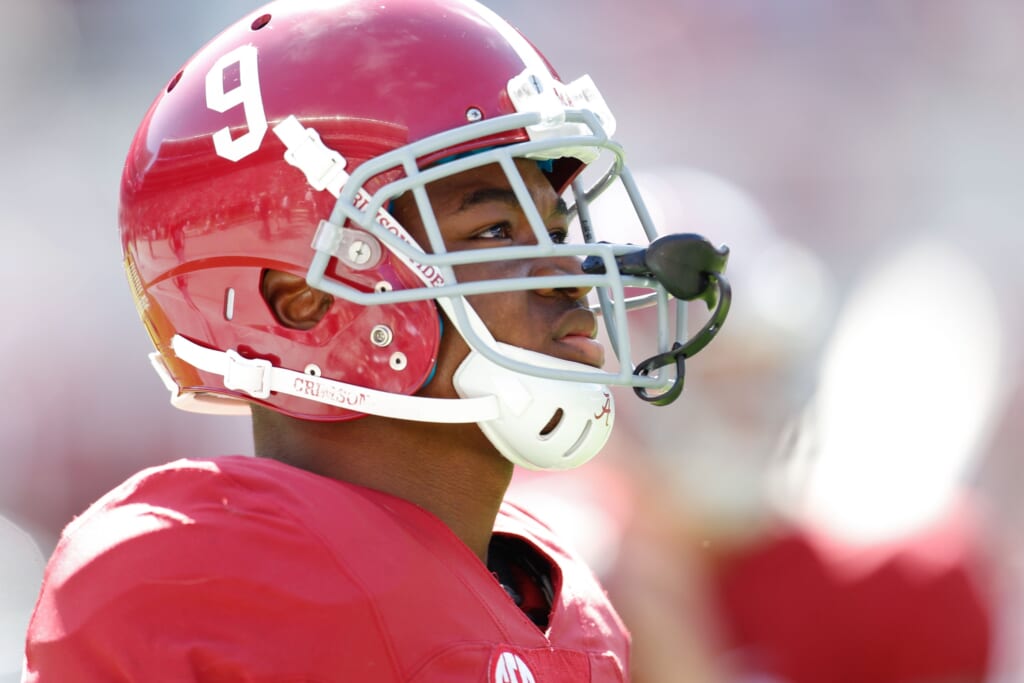 Courtesy of USA Today Sports: The Raiders now have a true No. 1 for Derek Carr.

The Raiders desperately needed to get some help for second-year quarterback Derek Carr. And in reality, Cooper fits the bill. Cooper piled up an exceptional 3,463 receiving yards and 31 touchdowns during his three seasons at Alabama. Adding the top wide receiver prospect in this year’s class was a no-brainer for the struggling Raiders’ offense.

Picking one of the NFL’s top receiving prospects to work alongside wideout Alshon Jefferey makes sense after trading their No. 1 receiver Brandon Marshall to the New York Jets earlier this year. Totaling 1,447 yards and 10 touchdowns at West Virginia last year, White could be a promising addition to the Bears’ offense. Now that the Bears are sticking with Cutler under center, the team should remain pass-happy, giving White the opportunity to make a splendid impression in 2015

The Falcons landed a fantastic draft pick at No. 8 overall in Vic Beasley, who can finally fill their gaping void at a pass rusher. Finishing his four-year college career at Clemson with 33 sacks, Beasley will provide the Falcons with some ammunition to fight against the likes of Drew Brees, Cam Newton, and now, Jameis Winston.

The Chargers scored only 15 rushing TDs in the last 2 seasons combined.

Melvin Gordon had TWENTY-NINE TDs in his last season at Wisconsin.

The Chargers really wanted Gordon and traded up only two picks to obtain him, jumping ahead of the Houston Texans to do so. Gordon, who was the second-best running back prospect in the draft, will replace the recently departed Ryan Mathews in the backfield.

And while giving up two mid-round picks to move up just two spots in the first round was a hefty price, the Chargers now have a back capable of putting up 1,500 yards on a consistent basis.