5 Most Surprising Players in the NBA

We are roughly a quarter of the way through the NBA season, yet we’ve already seen some pretty interesting stories unfold. In today’s World of overreacting, (weird, the Cleveland Cavaliers aren’t imploding), the league is starting to separate the pretenders from the contenders.

Individually speaking, some players are playing really good basketball, to the point where it’s more than a fluke. Here are the five-most surprising players thus far. 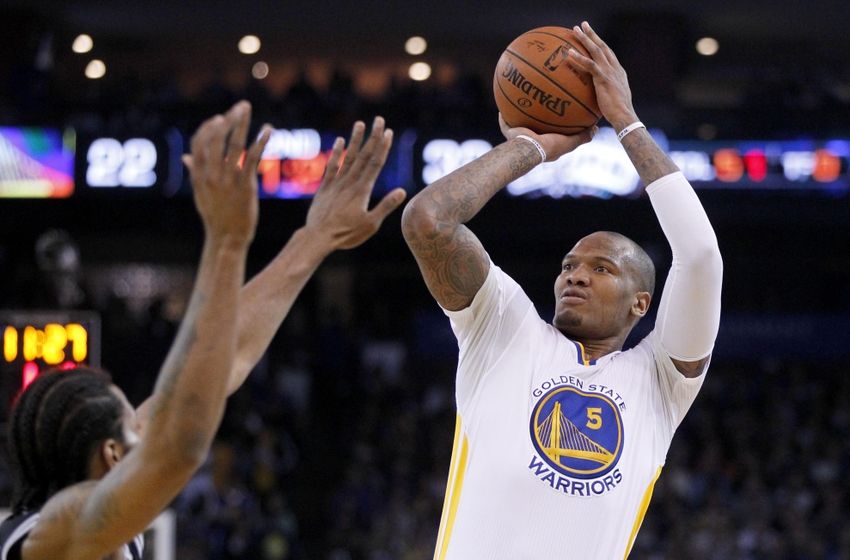 Speights, playing in his seventh year in the league and on his fourth team, has no doubt been one of the biggest surprises to the league’s best team. Sure, it helps to have the likes of Stephen Curry and Klay Thompson take the focus from the defense, but Speights is putting up the best numbers of his career.

When David Lee went down with a hamstring injury, the Warriors looked to their bench players for help. Speights was that guy. Through 21 games, the power forward is averaging a career-high in essentially every category. Speights is averaging 12.5 points per game, shooting 53 percent from the floor (by far the highest of his career), and his 5.3 rebounds per game, though not breathtaking by any means, is the highest mark since 2011-12 with the Memphis Grizzlies. With Lee set to make his return soon, it’ll be interesting to see how the minutes are distributed, or if the Warriors will look for potential trade partners for Lee.

Like Speights, Lee is in his seventh season, but playing with his fifth team. Ever since the Grizzlies acquired Lee from the Boston Celtics last January, he has made an impact on a very sound team. Heading into the 2014-15 season, however, the Grizzlies were in need of someone to step up and help them climb the ladder in an extremely difficult Western Conference.

Lee has been that guy, shooting 53 percent from the floor (career average is 45 percent), with a huge improvement from behind the arch (52 percent – career average is 38 percent). Lee’s 12.2 points per game may not seem like a lot, but his career average is 9.6. It’s clear that his improved shooting has made him a serious threat for defenses to focus on. Zach Randolph, Mike Conley and Marc Gasol are completely fine with that.

Some people don’t know what team Harris plays for, but they should. The Magic were awful last year, but currently sit just one game out the final playoff spot in the East. The Magic are desperately looking to become relevant again, but need a legit scoring threat to emerge from their young nucleus of Harris, Victor Oladipo, Nikola Vucevic, Elfrid Payton and Aaron Gordon.

Harris has put up a career-high field-goal percentage of 48 percent and has improved his three-point accuracy to 43 percent from 25 percent last year. Harris’ improved shooting has him averaging 18.7 points per game, which is a career high for the fourth-year player out of Tennessee. An 81 percent free-throw shooter, who also grabs 7.8 rebounds per game, both make Harris a well-rounded player that Magic fans can get excited about in the future. 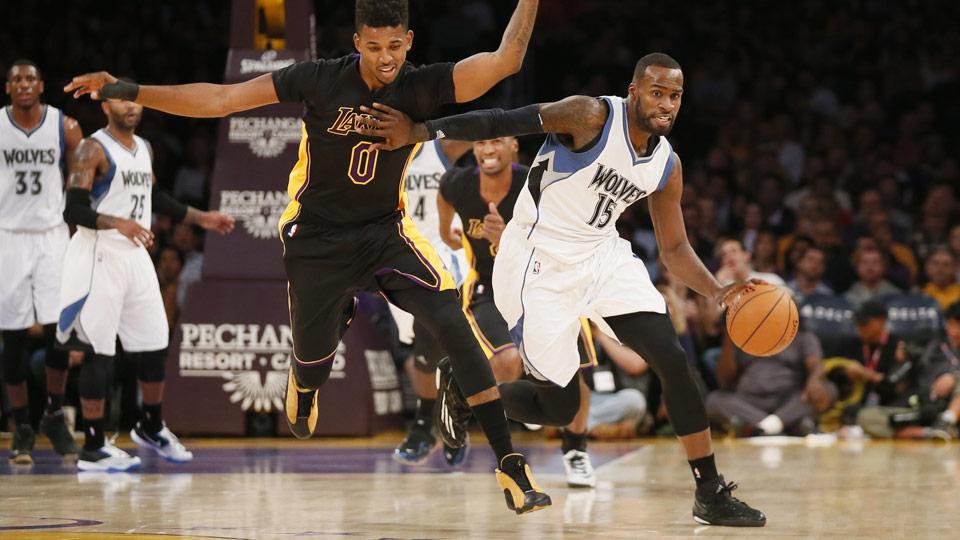 Muhammad had the label of “NBA bust” being thrown at him after just one year with the Timberwolves. That was simply because overreacting is the popular thing to do today. The former UCLA Bruin was buried in a Rick Adelman system that wasn’t favorable to rookies. With Flip Saunders now in charge, Muhammad was given every opportunity to show his skill that every scout in America talked about when Muhammad was in high school.

He and Anthony Bennett worked out hard in the offseason and got in crazy good shape. The results are astonishing. Like the Magic, the Timberwolves desperately need their core of young players to blossom in to legit NBA players. Muhammad is showing that he’s hungry and ready to be a staple with the Timberwolves franchise.

Even though he’s averaging just 17.8 minutes a game, the 6’6″ small forward is averaging 11 points a game on 49.7 percent shooting. Muhammad has also been doing a lot that isn’t showing up in the box score, like grabbing lose balls, fighting for rebounds and drawing fouls.

He’s been far more aggressive in attacking the basket, and if he continues to see an increase in minutes, improve on his 68.4 percent accuracy from the charity stripe, and work on his defense, the Timberwolves have another weapon to add to the core of Andrew Wiggins, Ricky Rubio, Zach LaVine and Anthony Bennett.

Probably the best story on this list, Green has been an absolute force with the Warriors. By now, you probably know that Green was “too slow and not fundamentally sound” to be an effective small forward in the NBA. That’s what caused him to get drafted 35th overall in 2012.

This year, Green is one of the main reasons the Warriors are the league’s best team. He’s firing 45 percent from the floor and hitting 36 percent from behind the arch. But more importantly, he’s attempting nearly five three-point attempts a game. Green is grabbing 7.7 boards a game, dishing out three assists per game and scoring 13.2 points per contest.

Not bad for a guy who is “too slow.” If Green continues to knock down shots, while staying aggressive on both ends of the floor (and there’s no reason to believe he won’t), that will continue to create defensive nightmares for teams already trying to figure out the Splash Brothers combo. That’s a great problem for first-year head coach Steve Kerr to have.