5 reasons to ignore the NBA on Christmas Day 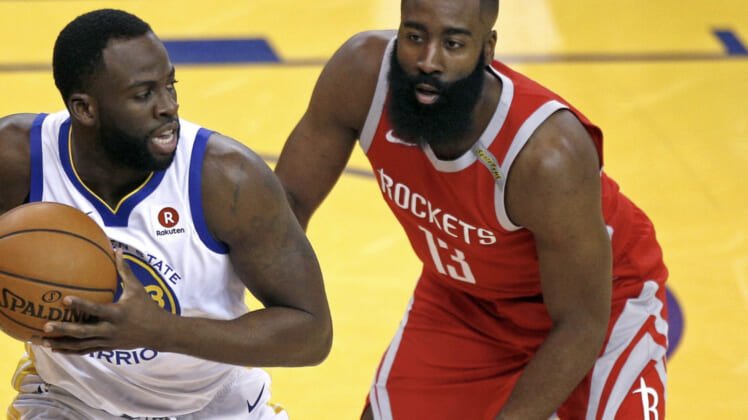 NBA Christmas Day action normally gives us a ton to look forward to. Elite matchups with stars going up against stars.

Unfortunately, this year’s holiday action has given us nothing but coal after some unfortunate injuries took hold.

We’re now going to have to watch Lonzo Ball star for the Pelicans rather than Zion Williamson. In San Francisco, the Warriors will do battle without both Stephen Curry and Klay Thompson.

Meanwhile, Southern California will be thinking of itself as the center of the basketball universe with the Clippers and Lakers doing battle.

We’re here to give you five reasons why you should simply ignore NBA basketball on Christmas this year.

James Harden singing us to sleep with free throw parade

The likes of Ky Bowman, Jordan Poole and Alec Burks (who?) will be tasked with guarding the MVP favorite when the NBA’s worst team goes up against the Rockets Christmas night.

That’s not going to be any fun for Warriors fans on hand at the new Chase Center in San Francisco. It’s also likely going to lead to a free-throw parade for Mr. Harden. Here’s a dude that’s averaging north of 13 attempts from the charity stripe this season. Expect that to be in the 20s while he lulls us to sleep following the holiday feast.

No one in Whoville likes LA anyways

Los Angeles is going to be lit Christmas night as the NBA’s holiday slate features a game between the two-best teams in the Western Conference. It is going to be a blast to see Anthony Davis and LeBron James go up against Kawhi Leonard and Paul George.

Or not. As much as basketball has been fun in Southern California this season, it’s also been overhyped. We’re seeing equally good basketball in Milwaukee, Philadelphia, Boston and Toronto back east. It’s not all about LeBron and Co., no matter what he might want us to think. Thanks for listening. Now go hit up that egg nog.

They’ve booed Mike Schmidt. They have booed Mr. Kringle himself. What’s to stop Sixers fans in Philadelphia from ruining an otherwise festive occasion in the City of Brotherly Love? What an ironic nickname that is, too.

Philly gets to host a Bucks squad that boasts the best record in the Eastern Conference. Look for Giannis Antetokounmpo to go off in this one, presumably angling for Joel Embiid in the process. This could send Sixers fans deep into their Natty Ice’s while leaving the poor players on the court to bear the brunt of it all.

Warriors gave us Draymond for a stocking stuffer

Set to start at 5 PM ET, this was billed as the must-watch game on the Christmas slate when the NBA released its schedule. Since then, Stephen Curry has gone down to injury. Fellow three-time champ Klay Thompson remains sidelined.

The end result is a Warriors squad that boasts the worst record in the NBA at 5-24. We now get to watch Draymond Green attempt to match James Harden and Russell Westbrook as the Warriors’ futility takes center stage in San Francisco. You’d be better off arguing with your drunk uncle about politics than watching this.

We wanted Zion, and got gifted Lonzo

The Pelicans were scheduled for the nightcap on Christmas solely because of rookie No. 1 overall pick Zion Williamson. It seemed to be a great way to finish off the holiday.

Not so fast. Williamson remains sidelined and has not played a game this season. Instead, we’re going to get to watch a struggling Lonzo Ball attempt to avoid brick after brick against the Denver Nuggets. That’s not the Festivus Miracle we were hoping for.