5 NFL general managers on the hot seat entering the draft

While the players that are drafted get the majority of the attention during the NFL draft, the executives who draft them are being watched just as closely.

If the general managers take the wrong players and draft a generally unproductive class, they quickly become the least popular people in town.

These general managers have all produced too many bad drafts to get any more slack. Their records put them on the hot seat and if their draft classes don’t pay immediate dividends, it’s hard to see any of these GM’s being around for next year’s draft.

Three years ago, Baalke was the architect of a team that had narrowly lost the Super Bowl and looked poised to be one of the NFL’s best for the better part of a decade.

One more from Trent Dilfer: “Trent Baalke is proving why he’s the best GM in football. I don’t think second place is even close.” #49ers

Things have changed. If we go back only four years, nobody from San Francisco’s 2012 draft class remains on the team. Meanwhile, their rivals (in name only), the Seattle Seahawks, used that draft to acquire Bruce Irvin, Bobby Wagner and Russell Wilson, among many others.

The 49ers are now solidly one of the NFL’s worst teams. And while CEO Jed York deserves plenty of blame for it, he’s not going to fire himself. On the other hand, Baalke is a prime candidate to be fired if the 2016 season goes bad.

A turnaround will start with a good draft. San Francisco has 12 picks in the upcoming draft, which will give Baalke an adequate chance to reload the roster.

Baalke can’t follow his past models of draft players who are injured and need to be red-shirted. His early picks will have to step in immediately and show that they can play to help rebuild a talent-stricken roster. 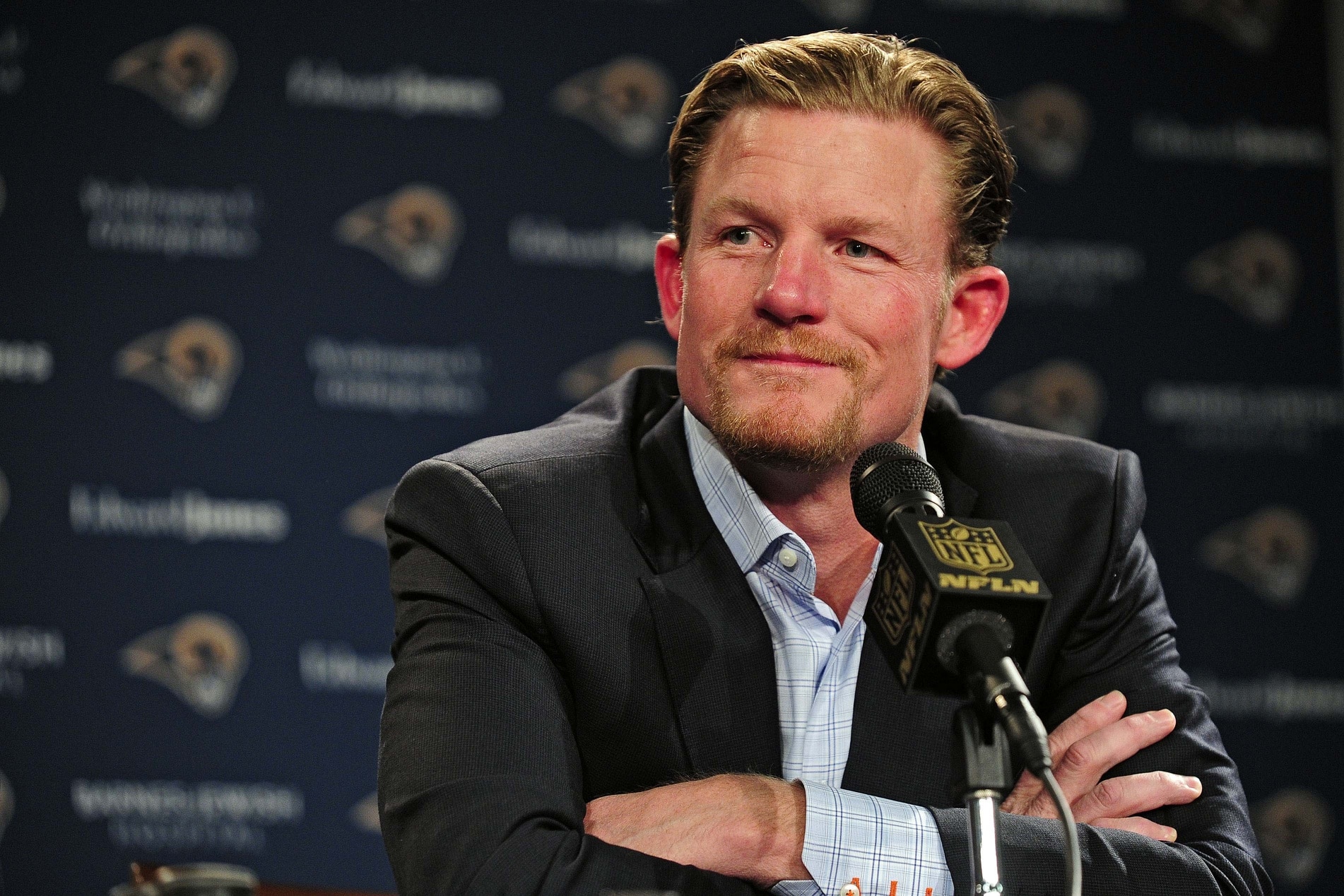 Snead became the Rams general manager in 2012 and has not overseen a lot of improvement.

Their three division rivals, the 49ers, Seahawks, and Arizona Cardinals, have all made the playoffs at least twice in that time and won an NFC West championship at least once.

In that same window, the Rams have not qualified for the playoffs and have yet to post more than seven wins in a single season.

They’ve also dealt with instability at the quarterback position, something that no NFL team can realistically win with. This year, he made a bold trade, landing the No. 1 pick from the Tennessee Titans.

That’s certainly a good step, but now he needs that pick to hit. Right now, it looks like the pick will be Cal’s Jared Goff but whether it’s Goff or North Dakota State’s Carson Wentz, he needs to hit. It will look especially bad for Snead if whatever quarterback he does not take ends up being significantly better than the one he does select.

Snead was bold. Now he needs that boldness to pay off.

Grigson needs a good draft this weekend. And if you don’t believe that, just ask him.

Zak Keefer of the Indianapolis Star quoted the general manager, saying: “(We’ve) got to really knock this out of the park.”

“Bottom line: They can’t miss as often as they have in years past. For example: None of Grigson’s 12 draft picks on defense before 2015 is currently on the roster. That’ll need to change if this team wants to compete for a world championship any time soon.”

Andrew Luck was the first pick he ever made. That’s worked out, but it was a gimme. Aside from Luck, the best pick Grigson has made was T.Y. Hilton. Unfortunately, those kinds of selections have been few and far between. Instead, disastrous picks like Bjoern Werner in 2013 and Phillip Dorsett last year loom large.

Somehow Grigson needs to improve his defense while also giving Luck adequate protection, something that he has not had since coming to the team.

It’s a tall order but if Grigson doesn’t make significant progress in the 2016 draft, it’s hard to imagine him being around for 2017. 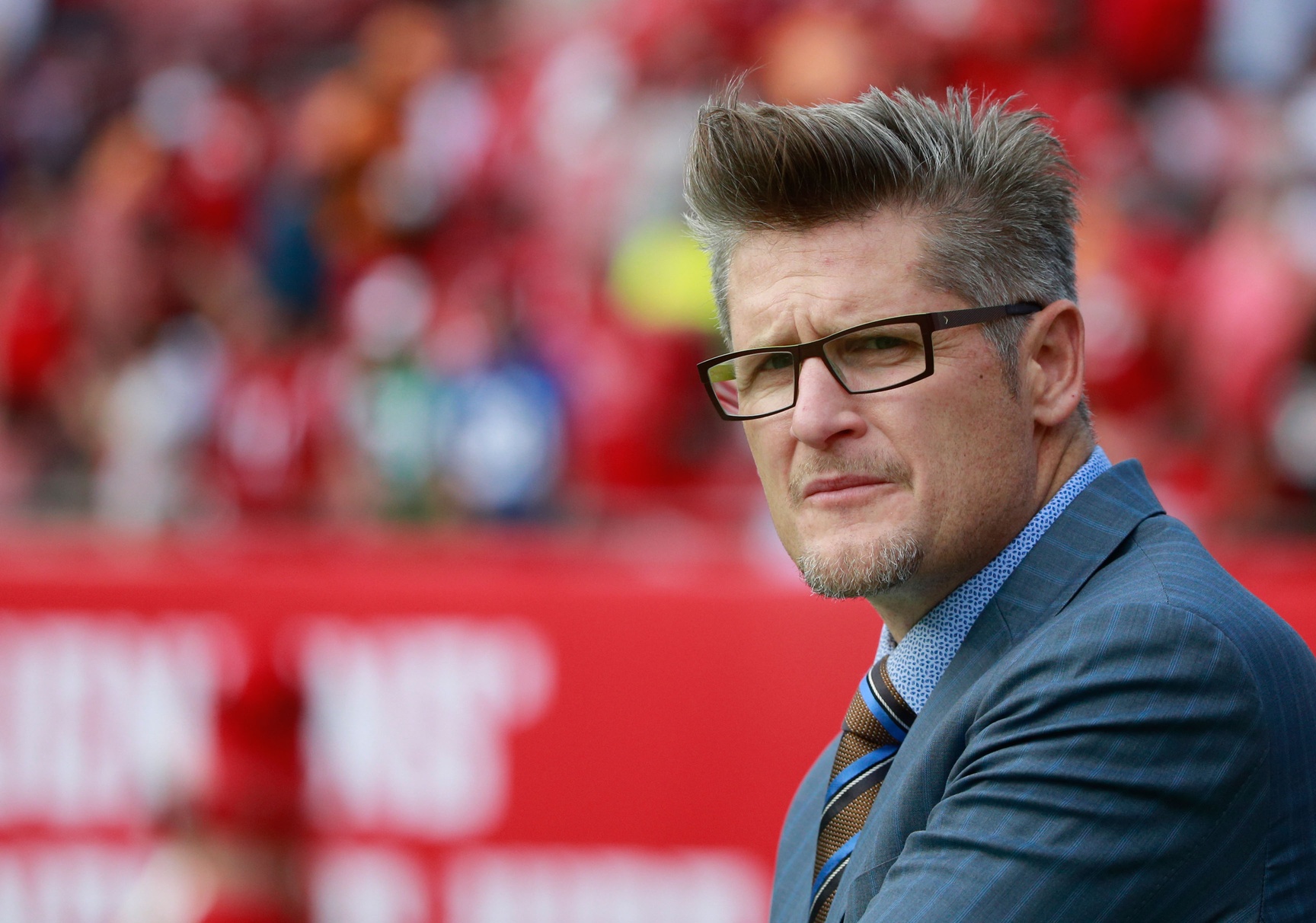 The Falcons posted winning records in each of Dimitroff’s first five years running the team, making the playoffs four times. In the three subsequent years, Atlanta has seen regression and a lot of it, going a combined 18-30. Not surprisingly, they’ve failed to qualify for the playoffs each year.

Even if it came in the form of a complete second half collapse, Atlanta took some steps forward in 2015, going 8-8. Heading into the draft, Atlanta doesn’t have any gaping holes that need to be filled, so it can take the best player available with pretty much no exceptions. The team just needs impact players.

If the Falcons don’t make the playoffs in 2016, it would be awfully hard for Dimitroff to sell Arthur Blank and the team’s fans that the franchise is heading in the right direction under his watch.

Of course, no discussion of regression in the NFL would be complete without bringing up Jerry Reese and the Giants. Since winning the Super Bowl in 2011, the team has not returned to the playoffs. Big Blue has failed to even post a winning record since a nine-win campaign back in 2012.

That’s simply not going to cut it. Giants ownership already showed a willingness to move on from the team’s recent glory days when they fired coach Tom Coughlin. By extension, Reese should be next if things don’t get immediately better.

Even in an NFC East that appears to be winnable, it’s hard to imagine the Giants making significant progress if they don’t significantly upgrade their defense.

The #Giants *should* draft @DLeeMG8 at 10 and call it a day. Jerry Reese hasn't traditionally valued LBs early

While a linebacker would be nice, New York needs to improve in all areas of its defense. Reese simply can’t miss again this year. If he does, then the Giants would be easily justified in looking for a different architect.