Being drafted in the first round doesn’t guarantee success. There are some NFL Draft prospects in 2016 set to be selected on Day 2 who have just as much of a chance to make immediate impacts as their first-round counterparts.

From college football’s Heisman winner last year to a prospect who recently made a difficult positional change to a pass rusher being viewed as a potential one-year wonder, here are five NFL Draft prospects who’ll be steals after being overlooked in the first round. 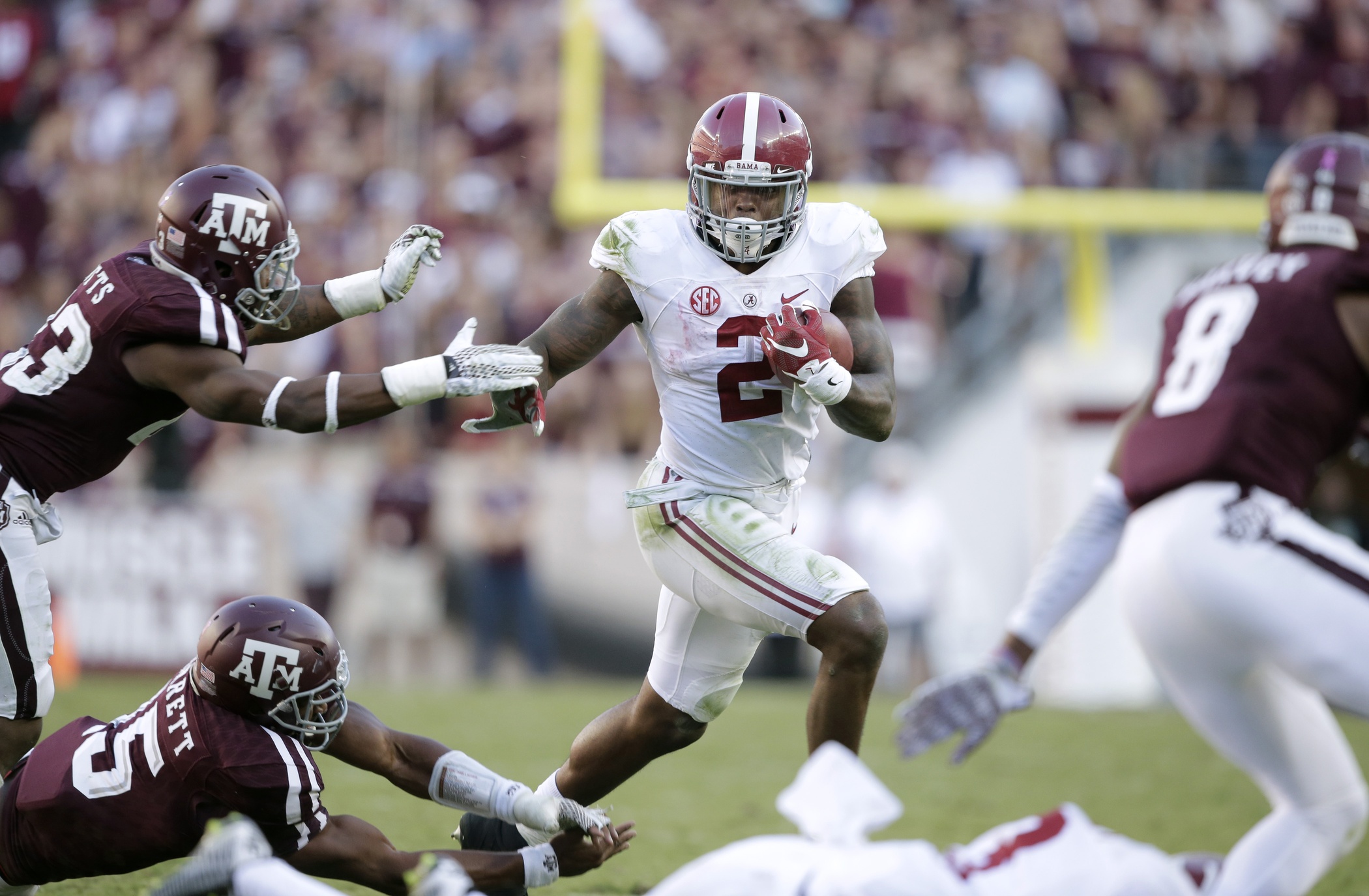 Opinions vary when it comes to the true value of Henry. Some people in the NFL Draft community see him as a guy who might slip into the first round, while others don’t think he should be drafted until the third round, at the earliest.

Personally, I see Henry being taken in the second round, where he’ll be a steal. He is like an amped up version of Brandon Jacobs, who rushed for over 5,000 yards and scored 60 touchdowns on the ground in nine years.

Henry’s detractors point to the outstanding offensive line of Alabama as the biggest reason Henry piled up 2,219 rushing yards and 28 touchdowns en route to winning the 2015 Heisman Trophy. They also point to the fact that he’s a one-trick pony, given his 17 receptions in three years at ‘Bama.

Those are valid observations, and nobody should expect Henry to have an Arian Foster-type impact as a do-it-all running back in the NFL.

Put him on a team that has a passing game intact and watch him dominate.

Sweet feet. Short-area quickness. Pure speed. One of the top pure athletes coming into the NFL this year. These are all apt descriptions of Miller, who is just starting to get his feet wet as a receiver after his career as a quarterback was derailed by a shoulder injury.

In terms of raw athletic abilities, Miller has the look of Percy Harvin during his days at Florida and in his first three years with the Minnesota Vikings. He can break a game open on any given play.

Braxton Miller and Carlos Hyde should get together and talk spin moves. Laws of physics should prevent this. #49ers pic.twitter.com/Mw6AyCoaur

Based on his potential alone, Miller could possibly be selected in the bottom half of the first round, but that’s a huge stretch.

With experienced players like Laquon Treadwell, Corey Coleman, Josh Doctson, Will Fuller and Ohio State teammate Michael Thomas available this year, Miller will likely be picked up somewhere in the middle of the second round.

If he continues to develop at the same rate we’ve seen since last summer when he started his transition from quarterback to receiver, one NFL team will be landing one of the draft’s biggest steals. 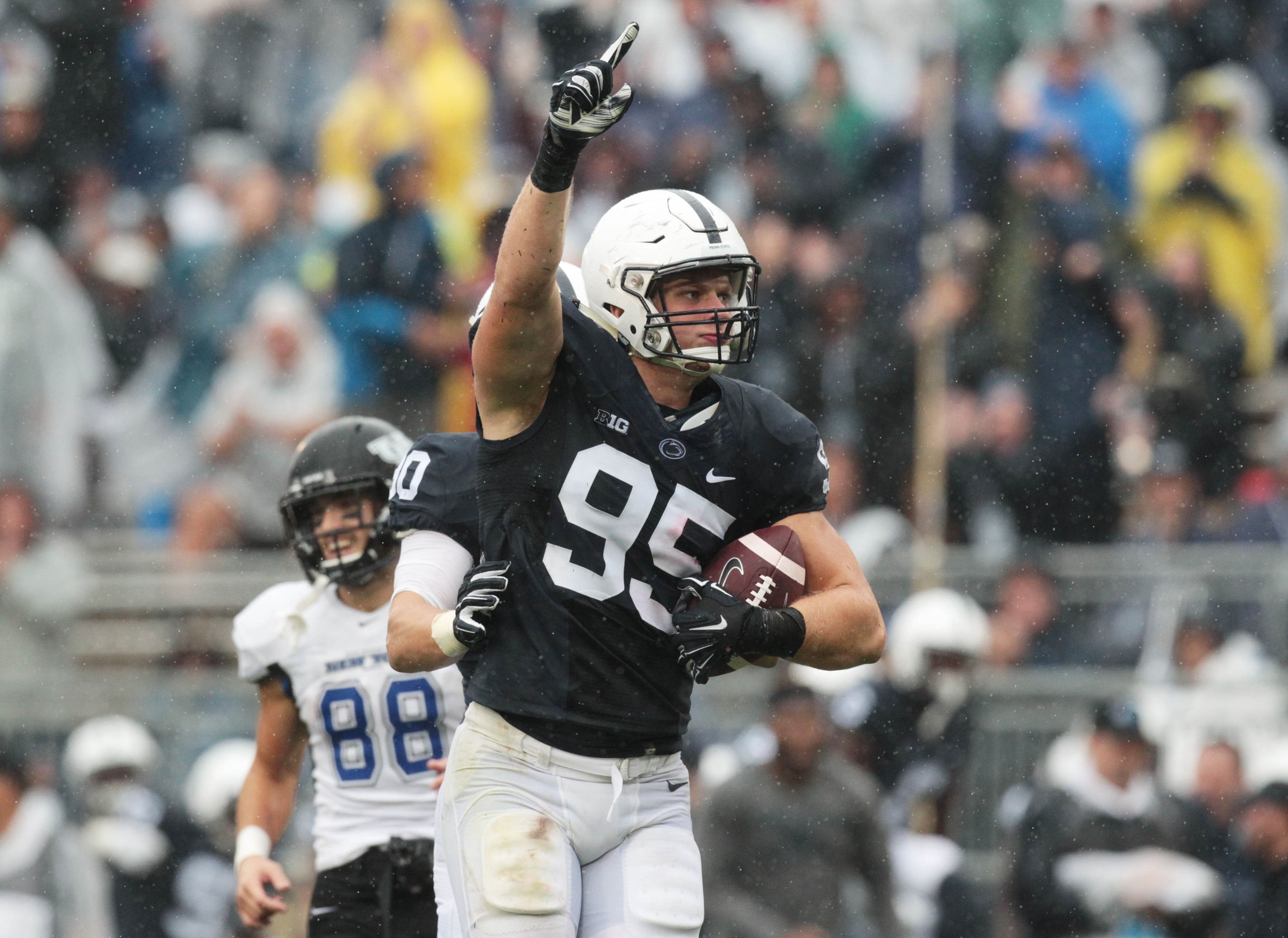 Nassib has a couple of things going against him this year that are keeping him out of Round 1, barring a Cowboys taking Travis Frederick-type surprise.

First, he’s a one-year wonder coming out of Penn State. Prior to the 2015 season, he only had 18 tackles and two sacks to his name after making the squad as a walk-on. Then he busted out with 46 tackles, 19.5 tackles for a loss of yards and 15.5 sacks this past season.

Secondly, Nassib just isn’t an elite athlete in terms of raw numbers. His combine stats confirmed what was evident on tape, which is that Nassib has some work to do in the weight room to gain more explosion off the edge.

But given his meteoric rise from walk-on to one of the nation’s top pass rushers last year, it’s not a stretch to assume Nassib can continue to work his way into a productive role on an NFL team as a rookie.

Expect Nassib to be selected in the bottom half of Round 2 or the top half of Round 3. Given his upside, he could be a guy who ends up being expensive to keep after his rookie deal wears thin in his third or fourth year in the league.

While not as flashy or explosive from an athletic standpoint as the 2016 NFL Draft consensus top running back Ezekiel Elliott, Booker might be just as productive when it’s all said and done.

An experienced back who could thrive in either a zone or power scheme, Booker can carry a full load and won’t need to be taken off the field on third downs.

Can literally do it all. https://t.co/BkidenAhaJ

In his two years as the starting running back for the Utes, he rushed for 2,773 yards (5 yards per carry) with 21 touchdowns and added 80 receptions for 622 yards and two scores.

It would not be surprising to see Booker fall out of the second round as he is coming off a knee injury (torn meniscus). But he’s likely to be picked up in the third round at the latest. Regardless of when he’s drafted on Day 2, this dependable player will be a steal for the lucky team that does pick him up.

While Bulldogs teammate Leonard Floyd has garnered more national praise since showing up to the NFL Scouting Combine with added bulk and out-of-this world athleticism, Jenkins might end up being a better pro.

An edge-setting outside linebacker who made an impact for Georgia in each of his four years at school, Jenkins racked up 204 tackles (39 for a loss) and 19 sacks. He isn’t as dynamic a pass rusher as Floyd is, which is why Floyd will likely be a first-round pick, while Jenkins will end up falling into the second of third round.

But in terms of what Jenkins provides immediately, you’re looking at a more complete player who is just as dynamic against the run as he is covering the flats and middle in the passing game.

Check him out here shedding a block, spinning around and taking down Alabama’s Henry all by himself:

Underrated outside linebacker to keep an eye on is Jordan Jenkins out of #Georgia. Dude can make immediate impact. https://t.co/Klne6FGYnN

The team that drafts Jenkins will need to help him get quicker and leaner, but he’s already a guy who is equipped to handle the physicality that comes with playing against the NFL’s big boys in the trenches.