5 MLB non-tender free agents who will be impact players

While the likes of Zack Greinke, Yoenis Cespedes, Chris Davis, and Johnny Cueto will grab the Lion’s share of the attention now that David Price and Jordan Zimmermann have signed, there are some new free agents who were just non-tendered that are absolute impact players, assuming they land in the right place.

The numbers Steve Cishek produced in 2015 were undeniably rough.

But there are two big reasons to be upbeat.

I’ll put my faith in the bigger and most recent sample size and say that Cishek can still pitch.

It’s hard to say if Cishek is a closer anymore, but he’s got closer’s experience. That makes him very valuable as a set-up man who can step in to close if the closer falters or gets hurt.

Plenty of teams can use a guy like him, but the San Francisco Giants, New York Mets, Chicago Cubs, and Oakland Athletics all make sense. 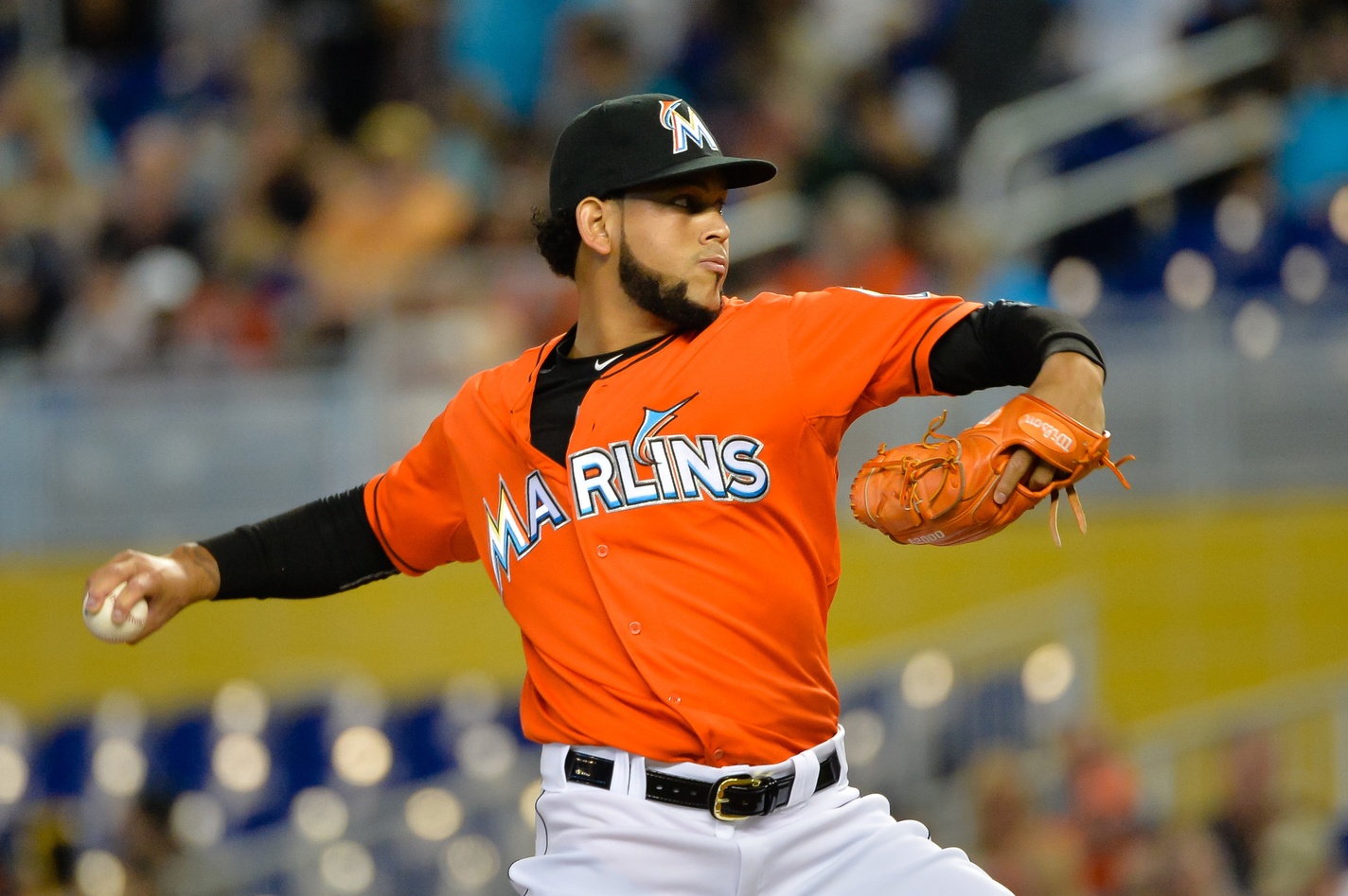 There’s some give-and-take with Henderson Alvarez. On the negative end, Alvarez pitches to contact, with a career K/9 ratio of 4.7. Looking at things another way, though, Alvarez’s worst BB/9 ratio is a very solid 2.8, which has kept his fielding independent pitching numbers in the decent range.

If Alvarez is to remain a starter, a few teams jump out as good fits — the San Francisco Giants and Pittsburgh Pirates. Even if the Giants add Zack Greinke, they should be looking to add depth to their starting rotation, while the Pirates have to fill A.J. Burnett’s spot in the rotation. With guys like Burnett, Francisco Liriano, and Ryan Vogelsong, both teams also have a strong history of reviving talented, but struggling pitchers.

If Alvarez is willing to go to the bullpen, then that opens up many more possibilities. The bullpen makes sense, as Alvarez has had a hard time staying healthy and, while he’ll only turn 26 in April, his injury history provides reasonable doubt about whether or not he can ever be a 180-200 innings guy.

But, while his velocity has dipped (per Fangraphs), Alvarez still has a plus fastball with pretty good sink, making him the kind of guy who can get out of a jam with one pitch. With Wade Davis and Trevor Cahill, The Kansas City Royals and Chicago Cubs both have a solid recent track record of turning struggling starters into good relievers. Each team would also make sense if Alvarez was to be a starter, but they’d be perfect matches if he was to go to the bullpen.

The obvious qualifier here is that Holland underwent Tommy John Surgery in October and would therefore not likely be available at all in 2016.

That’s not a good reliever. That’s one of the most dominant relievers in the game, and one who anchored the bullpen of the 2014 American League Champions.

Obviously the 2015 season left a lot to be desired. But given that the season ended with Tommy John surgery, it’s fair to speculate that he was probably injured for a good part of it.

The list of pitchers who successfully came back from Tommy John surgery is not a small one. Even assuming that Holland won’t pitch in 2016, he’ll only be 31 by the time he can pitch again, which is not at all old for a short reliever.

There isn’t a single team in Major League Baseball that can’t use a little extra help in the bullpen. There’s no reason to believe that Holland can’t be at worst a very good set-up man for any team in the league by the time 2017 comes around.

If we’re looking for a specific team, some of that depends on the kind of money that Holland would want, as they’d be on the hook for 2016, even though he won’t pitch. If he’s looking for big money, we’re looking at a big-market team. If not, basically any team should be open to make this work. At any rate, I like the Boston Red Sox or Detroit Tigers for Holland, with a Kansas City reunion also making a lot of sense.

Much like Holland, the numbers tell a pretty good story with Pedro Alvarez. But instead of looking at what he’s done since 2012, why don’t we compare that to a few other players over that same time frame?

Player A? Adam Jones of the Baltimore Orioles, currently in the middle of a six-year deal worth more than $85 million.

I know those stats don’t tell the full stories of the three players, and certainly there are some noticeable differences between those two and Alvarez (notably strikeouts and batting average). But Jones and Cespedes are both star players. Alvarez may be a liability in the field — especially at third base — but he can be an impact designated hitter for nearly any American League team, and could probably work well as a first baseman for any team looking for a boost of power.

Paul Hoynes of the Cleveland Plain Dealer is reporting that the Cleveland Indians are interested in Alvarez. The team’s website currently lists Carlos Santana as the team’s primary first baseman and designated hitter, with Giovanny Urshela at third base. I see that as a pretty good fit. 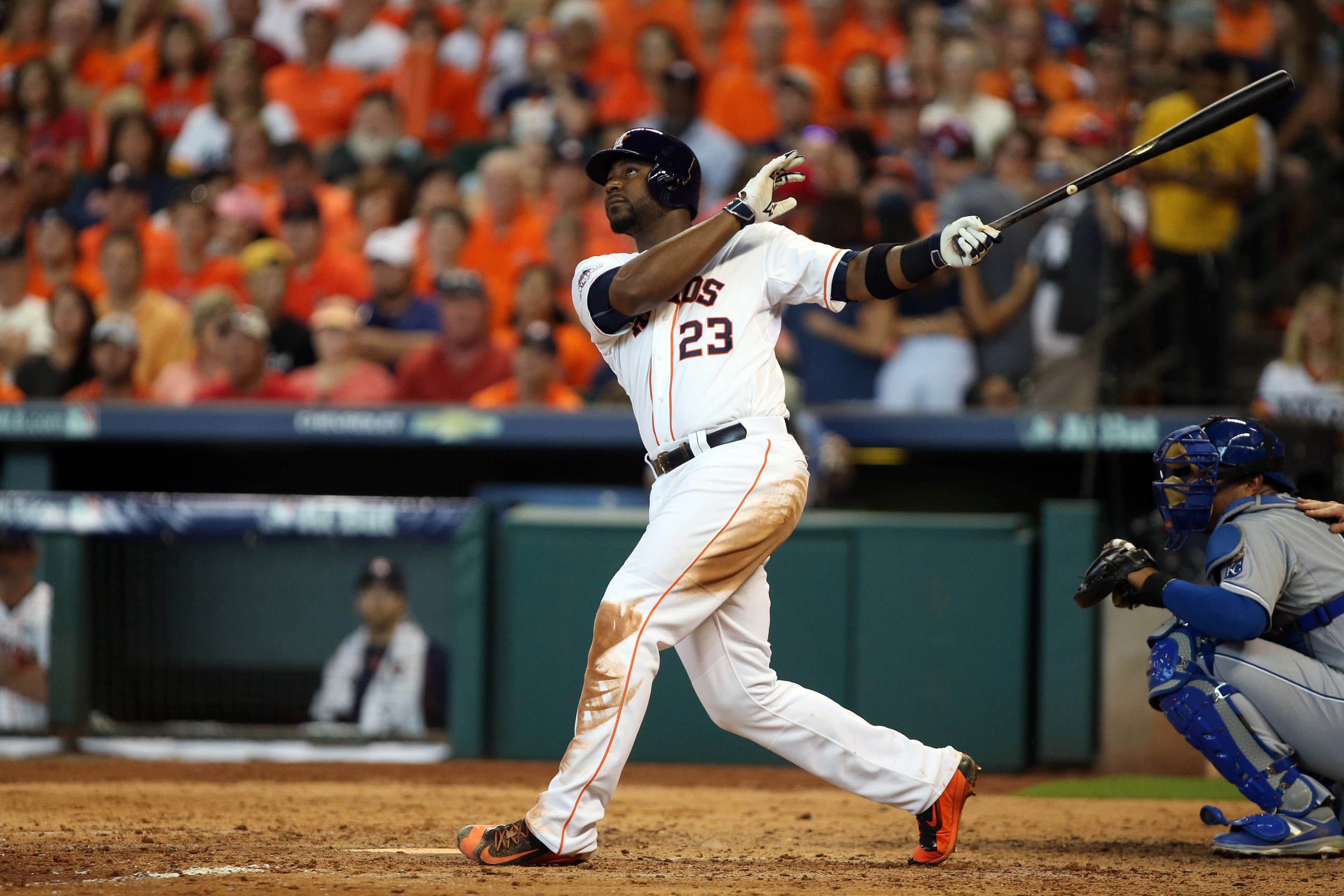 Similar to Alvarez, we have a very powerful hitter that should probably be a designated hitter. At the plate, Carter is a guy that will hover somewhere in the .190-.220 batting average range and should produce an on base percentage in the .305-.320 vicinity, and could strike out around 200 times.

Even with the 30+ home runs that Carter is likely to produce, those aren’t the numbers that you’d like the see from a heart of the order guy. But how many teams wouldn’t take that from their six or seven hitter?

In addition to Alvarez, Hoynes suggested that the Indians may be interested in Carter. While I don’t see it as quite as good of a fit as Alvarez, it’s not a bad one.

Personally, I’d see a team like the Chicago White Sox as a better match. He could be the primary DH for the South Siders, and could also fill in at first base on days where they’d want to keep the bat of Jose Abreu in the lineup but give him a break from the field. Carter would lengthen that lineup just enough to make the White Sox a team that no opposing pitcher would like to see, especially in hitter-friendly US Cellular Field. Another good fit would be the team he just left, the Houston Astros.