With teams like the Kansas City Royals, Toronto Blue Jays, Chicago Cubs, New York Mets, and Pittsburgh Pirates going on extended postseason runs over the last few seasons, it’s been a good couple of years for long suffering MLB fans. So, who’s next?

None of these teams have had much success in recent years. But as the 2016 MLB season is fast approaching, we should watch them closely, because these franchises should all be expected to contend.

The Diamondbacks were clearly tired of looking up at the Los Angeles Dodgers and San Francisco Giants in the National League West standings. While they paid a steep price to acquire pitchers Zack Greinke and Shelby Miller, those additions have unquestionably made Arizona better.

Over the last three seasons, Greinke and Miller have combined for a 2.77 ERA, 1.13 WHIP, 2.6 walks and 7.9 strikeouts per nine innings. Not many Major League Baseball teams have a 1-2 punch on par with that.

The Diamondbacks also figure to have a formidable offense.

Looking at position players, no teammates combined for a higher WAR in 2015 than Paul Goldschmidt and A.J. Pollock. Goldschmidt’s 8.8 WAR ranked fourth in all of baseball, behind only Bryce Harper, Mike Trout, and Josh Donaldson, while Pollock’s WAR of 7.4 was good enough for sixth, trailing only those four and Joey Votto.

The development of one more hitter, like Yasmany Tomas, would give Arizona one of the National League’s best lineups.

Time will tell if the signing of Greinke and the trade for Miller will end up being wise moves in the long term. But the Diamondbacks should be in mix for a playoff spot in 2016. 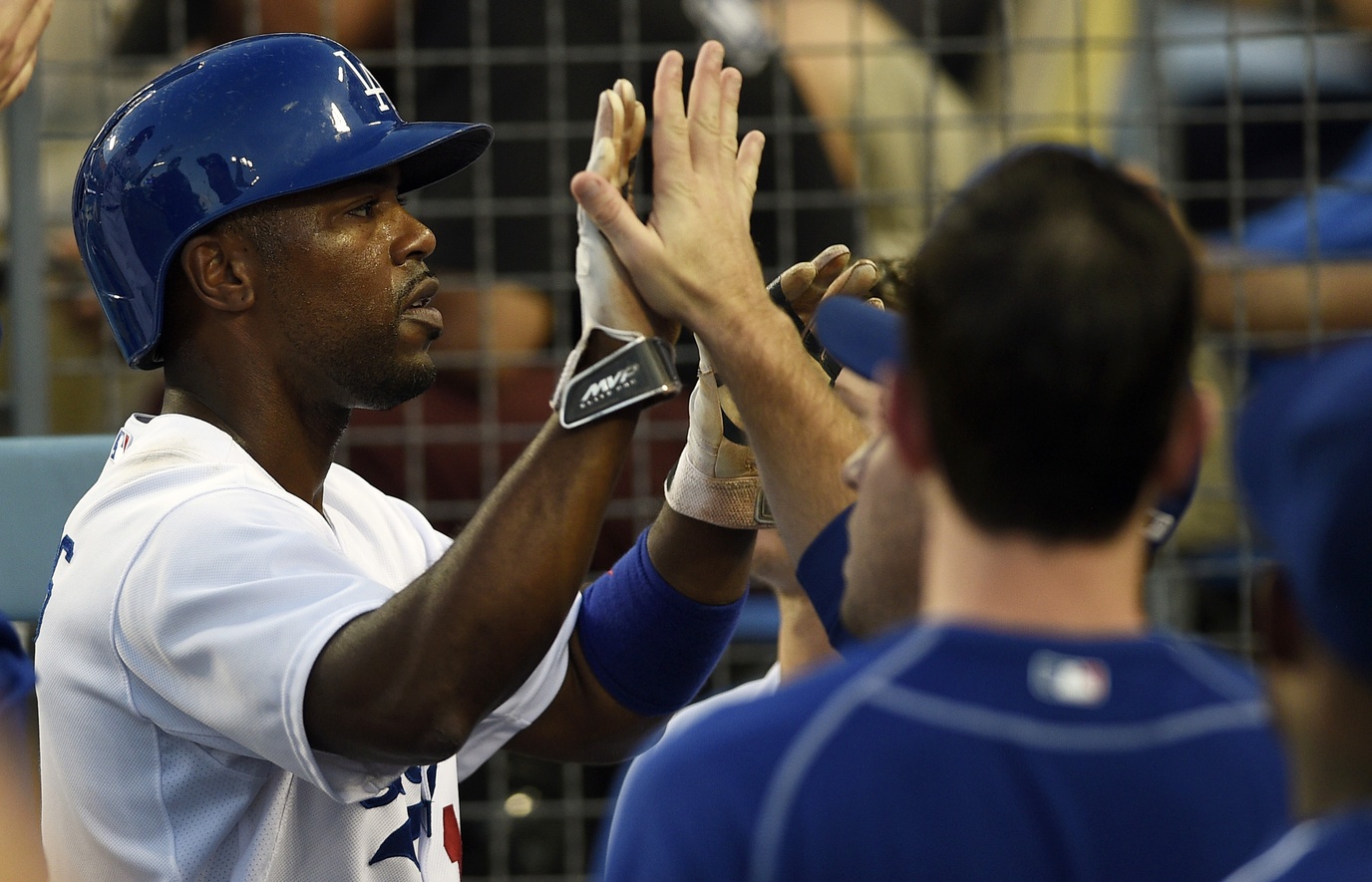 Until the Adam LaRoche saga broke, the White Sox were having an excellent offseason. A revamped infield of Brett Lawrie, Jimmy Rollins and Todd Frazier to go along with stalwart Jose Abreu is formidable. Also impressive is the outfield of Adam Eaton, Austin Jackson and Avisail Garcia, along with Melky Cabrera at DH.

Carlos Rodon’s development will be huge. He showed promise in 2015 but walked too many hitters, issuing 4.6 free passes per nine innings. So far in spring training, his control has been much better, walking fewer than two hitters per nine innings.

Rodon has great stuff. He struck out more than a hitter an inning at every stop along the way in the minors and was right at a hitter an inning in his one Major League season. If he can cut his walk rate down to about three hitters per nine innings (or better, of course), then Chicago has a top-rate second pitcher behind superstar Chris Sale. Those two, along with Jose Quintana, would give the South Siders a solid 1-3 in the rotation.

The White Sox have great offense and a potentially strong pitching staff. As we’ll see shortly, the American League Central will not be easy by any means. But Chicago has the manpower to get to the postseason for the first time since 2008.

So often, baseball comes down to pitching. This is good news for the Indians.

Cleveland had the MLB’s fourth-lowest bullpen ERA in 2015. This year’s starting rotation of Corey Kluber, Carlos Carrasco, and Danny Salazar should be just as good, especially if Trevor Bauer can develop into a consistent MLB arm.

Offensively there are some issues for the Tribe, especially if Michael Brantley’s injuries force him to miss significant time. But with proven vets like Rajai Davis and Marlon Byrd, the Indians do have the kind of outfield depth that would help them survive if the injuries are more short term.

The road to the playoffs in the American League Central will not be smooth, especially if Kansas City continues its strong run. But the Indians have the pitching to keep them in a lot of games. With good pitching in tow Cleveland will contend, and if they do make the playoffs, an extended stay there is certainly in play. 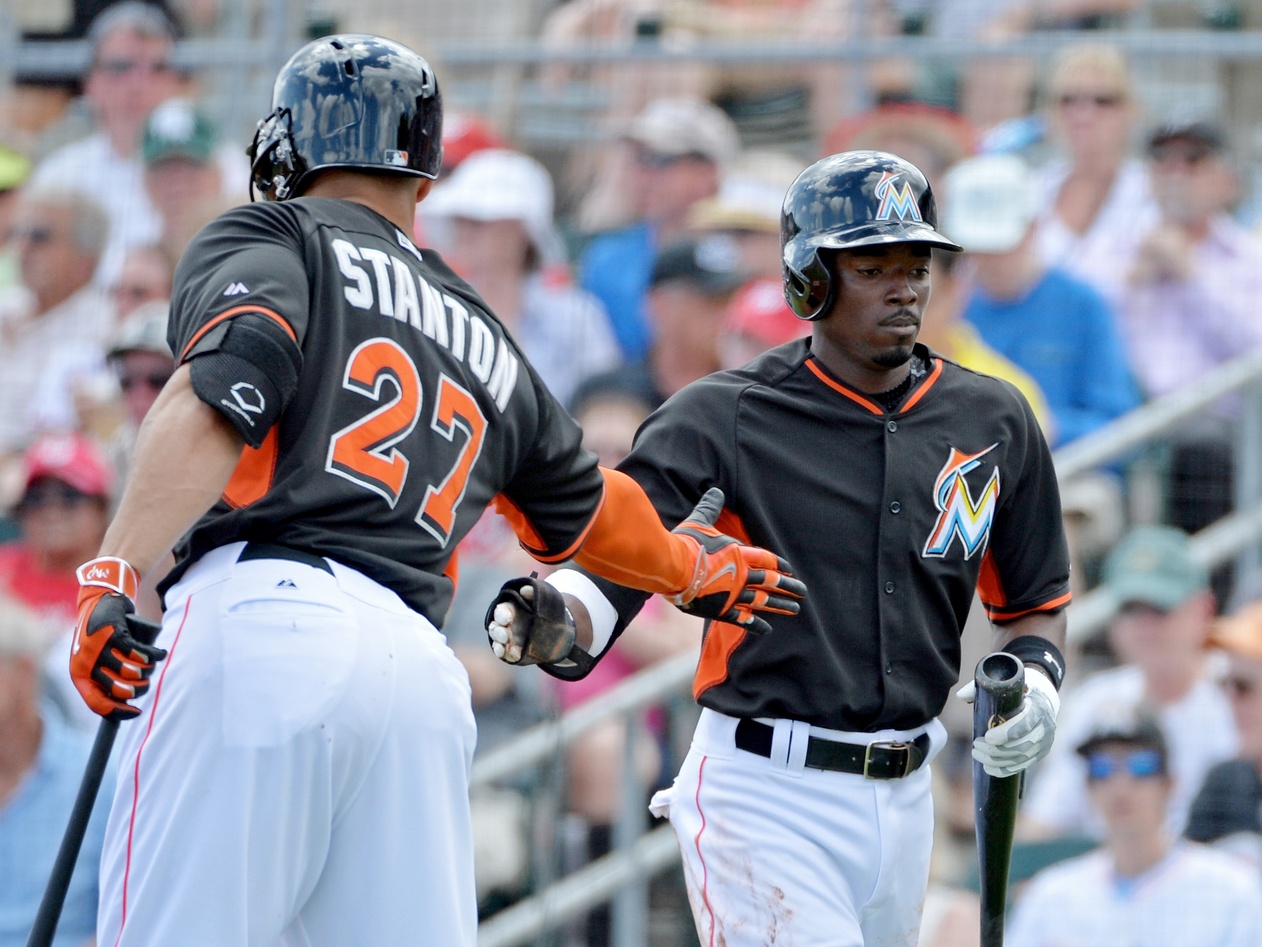 There’s no doubt that the Marlins have some question marks.

Can Giancarlo Stanton stay healthy for a full season? Can Christian Yelich develop into a double-digit home run threat? Can Marcell Ozuna bounce back from a rough 2015 season to find his 2014 form? Can Justin Bour hit well enough against lefties to turn into a legitimate 30 home run threat?

That certainly looks like a lot of questions, but there is reason to be encouraged.

One, they don’t all need to be answered positively for Miami to have a fantastic offense. With a spark plug like Dee Gordon at the top of the order, Miami will be fine if they get a healthy Stanton and then continued development from any one of Yelich, Ozuna, or Bour.

Two, these questions are being asked of some of their best, most talented players. We’re not exactly looking at replacement-level players. All of these guys are more than talented enough to come through.

The Marlins have a true ace in Jose Fernandez. Also, the decision to sign Wei-Yin Chen may go down as one of the best, most overlooked moves of the offseason. Chen has a 3.44 ERA over the last two seasons. Now he not only moves to the more pitcher-friendly National League, but goes from a live yard in Baltimore to a big, spacious stadium in Miami.

The loss of Carter Capps hurts the Marlins’ bullpen, but they’re still strong at the back end with A.J. Ramos closing games. Also, bullpen depth is generally the easiest thing to add through in-season trades. They can certainly build up the bullpen as the season gets going.

With the Atlanta Braves and Philadelphia Phillies in rebuilding mode, Miami will get plenty of games against teams they should beat. The New York Mets and Washington Nationals won’t make it easy, but the Marlins are an absolute sleeper for playoff contention.

An 83-79 team last season, the Twins are a team fast on the rise. The additions of outfielder Byron Buxton and (eventually) pitcher Jose Berrios only makes things more promising in Minnesota.

Another source of optimism comes from the signing of Byung-ho Park from Korea. Park has been one of the best power hitters in the world over the last four seasons. He hit a solid 31 home runs in 2012 and has gotten better each season since, slugging 52 homers in 2014 and 53 in 2015. Even accounting for some regression, Park should be an excellent addition to the Minnesota lineup.

In many ways, the Twins are the opposite of the Indians in that they have far more questions with their pitchers than the hitters.

With that in mind, the emergence of Berrios will be key for Minnesota. He probably doesn’t need to step in as an ace from Day 1, but he probably does need to be a top-half of the rotation starter. The Twins have a lot of middle-rotation starting pitchers, but they need to develop some top-tier guys to be a championship caliber team.

The keen observer will also notice that Minnesota is the third American League Central team that we’ve talked about here. Things don’t get any easier when we remember that they share a division with the Royals. Contending when competing with the defending World Series champ and two-time defending American League champs will not be easy for the Twins.

Still, Minnesota was a borderline playoff contender in 2015, and with their new additions they should be better in 2016. This should be a fun season for Twins and their fans.