The 2022 NASCAR season has concluded after the first year of the NextGen car. Let's dive into the five best NASCAR drivers during the 2022 season. 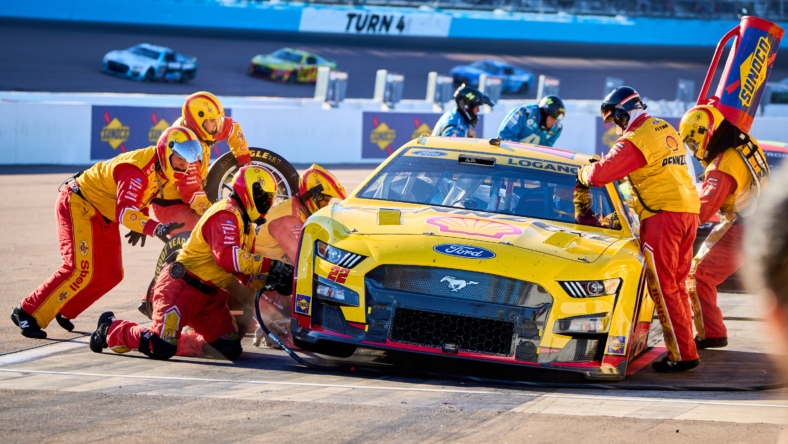 The 2022 NASCAR season has come to a close and drivers will get a much-needed break from racing each weekend until the Busch Light Clash in Los Angeles, California early next year.

Let’s dive into the five best NASCAR Cup Series drivers during the 2022 season.

Kyle Larson did not have the type of season he envisioned as he was standing on pit road at the Charlotte ROVAL with the realization that a Round of 12 elimination was his destiny in 2022.

Larson made many mistakes during the 2022 season but some were also not of his doing, such as numerous engine problems. However, it didn’t mean the season was all for nothing. 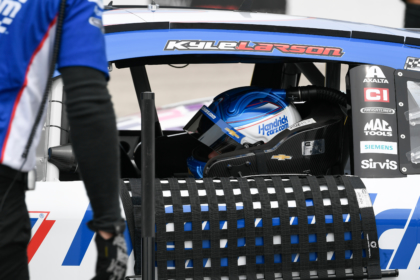 The driver of the No. 5 car had three wins, 13 top-5 finishes, and 19 top-10 finishes while placing his vehicle in third place for the owner’s championship. The bonus money is tied to where the vehicle finishes in the owner’s standings.

Larson did not replicate his 10-victory, championship season from last season but it still was pretty decent with three victories and a Championship 4 appearance for the No. 5 car.

Related: Kyle Larson and Chase Elliott’s incident is being overdramatized

Ross Chastain exceeded every single expectation that was set for his first season in the No. 1 car for Trackhouse Racing. Even though Chastain finished second in the point standings, it was a major success.

The 29-year-old driver has been on an up-and-down journey throughout his NASCAR career and for a driver who used to not be well-known, this season has been almost everything he could have dreamed of as a driver.

Chastain finished the year with two wins, 15 top-5 finishes, and 21 top-10 finishes. He was so close to winning his first NASCAR Cup Series championship but ran out of time as he was catching the leaders.

It might not have ended in a championship but Chastain’s season was certainly the most unexpected one of the entire field. Now, he will have an opportunity to make it one spot better in 2023.

Christopher Bell broke through during the 2022 season as the cornerstone of Joe Gibbs Racing and NASCAR’s new closer. While it did not end in a championship, Bell has nothing to be ashamed of after the playoffs.

The 27-year-old was in a great position to clinch his first NASCAR Cup Series championship if the final caution for Michael McDowell and Alex Bowman didn’t happen. However, a bad pit stop during that yellow flag ended his chances. 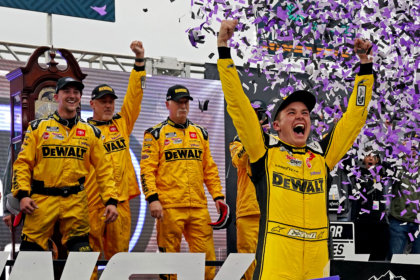 Bell concluded the year with three wins, 12 top-5 finishes, and 20 top-10 finishes. Some people may question why he is above Chastain. The reason is due to Chastain’s final win coming in April while Bell pulled off elite performances in the playoffs.

No driver has ever faced the kind of pressure that Bell faced as he had the two biggest walk-off victories in playoff history. Next season, he will look to make sure his momentum from the final 10 events does not stop.

Chase Elliott was by far the best driver over the first 26 races as he clinched the regular season championship at Watkins Glen International before the event at Daytona International Speedway.

Even though Elliott made the Championship 4, the playoffs were an utter disaster outside of Talladega Superspeedway and Bristol Motor Speedway. The driver of the No. 9 car had a best finish of 10th place outside of those two events in the final 10 races.

Elliott finished the season with five wins, 12 top-5 finishes, and 20 top-10 finishes. It was one of the best years in his career but contact from Chastain put him in the wall at Phoenix Raceway which ended his chance at a second title.

If the 26-year-old driver can bounce back from his playoff struggles, maybe he can find his regular season mojo and go into the 2023 season as the favorite to win the championship.

Joey Logano went into the playoffs by labeling the No. 22 team the championship favorite and he did not disappoint. Logano simply dominated the race at Phoenix Raceway and won his second NASCAR Cup Series championship.

The 32-year-old driver is the second current driver in the Cup Series to win multiple championships and it is not surprising to see. Logano was oozing confidence all week leading up to the event. 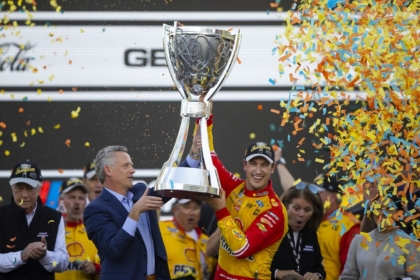 Logano finished his championship season with four wins, 11 top-5 finishes, and 17 top-10 finishes. There were points during the 2022 season when he struggled but the team turned it on when it mattered the most.

There are no reasons to believe why Logano can’t enter very prestigious territory and compete for his third Cup Series championship when the first official points-paying race of the 2023 season is underway.