Christopher Bell has signed a long-term contract with Joe Gibbs Racing to remain in the No. 20 car for the future, per NASCAR owner Joe Gibbs. 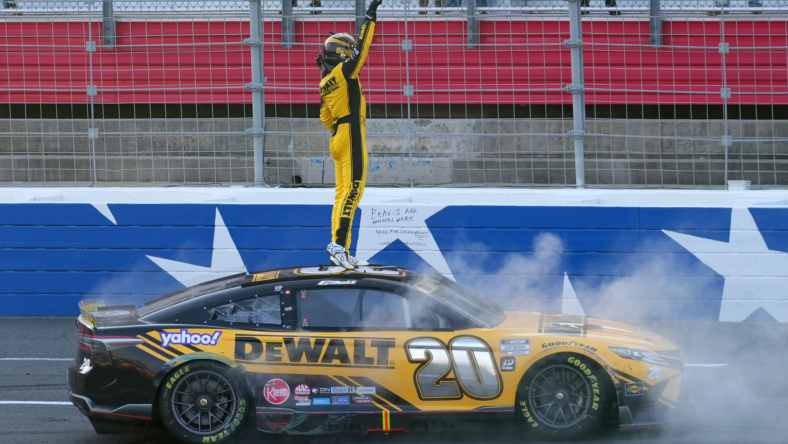 Christopher Bell has signed a long-term contract with Joe Gibbs Racing to remain in the No. 20 car for the future, according to NASCAR team owner Joe Gibbs in a recent interview with Sirius XM NASCAR Radio.

Joe Gibbs has seen many drivers rotate through the No. 20 car during his tenure in the NASCAR Cup Series. Tony Stewart, Joey Logano, Matt Kenseth, Erik Jones, and now Bell are those drivers.

However, the NASCAR Hall-of-Fame owner has locked down the 27-year-old budding star as his driver for the entry moving forward and had high praise for him.

“(Joe Gibbs Racing) signed (Christopher Bell) to a long-term deal early this year before a lot of the success, to be truthful. We think he is a young guy that is going to be a star. We actually had sponsorship meetings where the people that sponsor that race car said, ‘A big part of what we are doing here is because of (Christopher Bell).’ If you want a poster child for someone that knows how to treat sponsors, it’s (Christopher Bell), honestly. It means a lot to us.”

Gibbs signing Bell before most of his success says a lot about what the organization thinks of him. Granted, he has proven his worth after two wins have him vying for a Championship 4 appearance as the Round of 8 begins this weekend.

It is also very notable to see Gibbs talk about Bell’s influence on sponsors. Many of them sound really excited about sponsoring the No. 20 car because of the 27-year-old’s attitude and success on the race track.

Plus, Gibbs calling Bell the “poster child” for someone who knows how to treat sponsors is a major topic. With the current business model within NASCAR, it’s understandable why he is in a great spot with the organization.

The owner of Joe Gibbs Racing continued and reiterated what he said earlier in the conversation about Bell.

(Christopher Bell), we signed him long-term earlier this year and I think that says a lot about what we think of him and his future.

It is no secret that Bell is the future cornerstone of Joe Gibbs Racing and it certainly sounds like the owner agrees with that statement. However, the young driver could be the cornerstone now with a NASCAR Cup Series championship in 2022.

Ty Gibbs is expected to replace Busch in the No. 18 car next season despite struggles at NASCAR’s top level as Kurt Busch’s replacement. Gibbs would have the third-worst average finish among full-time drivers in race-winning equipment.

It will likely take the 20-year-old a few years to really start running well in the Cup Series. However, it will be good for him to be mentored by Bell and Denny Hamlin for however long he stays full-time in the No. 11 car. 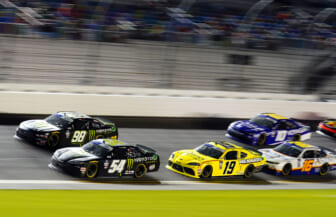 Hamlin will likely finish out his career with Joe Gibbs Racing while Martin Truex Jr. is almost certainly nearing retirement. These are the two drivers that create questions for Joe Gibbs Racing’s lineup.

Bell and Gibbs will be there long-term but other names such as Sammy Smith, Corey Heim, and John Hunter Nemechek could join them. Chandler Smith won’t as he jumps to Kaulig Racing in the NASCAR Xfinity Series next season.

Joe Gibbs Racing is going to experience an exodus of drivers that is very similar fashion to Hendrick Motorsports with Jimmie Johnson, Jeff Gordon, and Dale Earnhardt Jr. in the near future.

Fortunately for the organization, the new generation of drivers has the potential to bring the team to even higher levels of competitiveness moving forward.