Christopher Bell and Rheem will return to Joe Gibbs Racing in the NASCAR Cup Series for the 2023 season, per an announcement from the team. 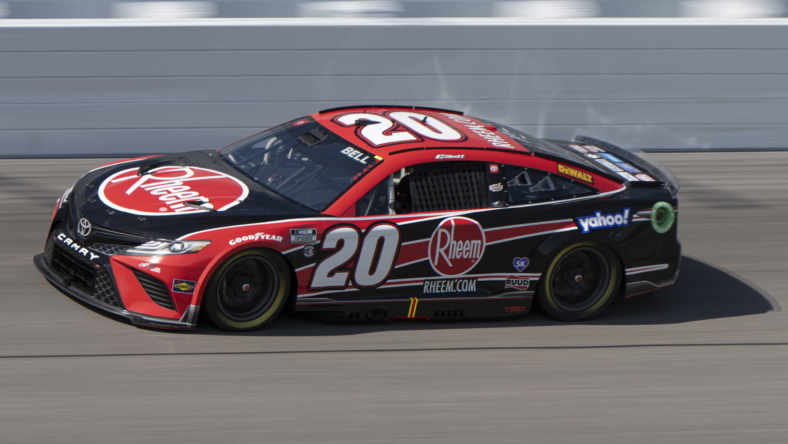 Joe Gibbs Racing announced on Thursday morning that long-time partner Rheem would return as the primary sponsor for Christopher Bell’s No. 20 Toyota Camry TRD for the 2023 NASCAR Cup Series season.

Bell, 27, has been having a very stellar 2022 season with one victory, 10 top-5 finishes, and 17 top-10 finishes. The 27-year-old sits far behind the cut-line heading into the weekend at Talladega Superspeedway due to an incident last weekend at Texas Motor Speedway.

It is not a surprise that Bell returns to Joe Gibbs Racing; however, Rheem returning is notable as Brandon Jones moves to Chevrolet with his father being the President and CEO of Rheem Comfort Products.

Bell has arguably been Joe Gibbs Racing’s best driver with the introduction of the NASCAR NextGen car for the 2022 season. Denny Hamlin has seen a below-average season while Kyle Busch and Martin Truex Jr. are out of the playoffs.

This has been a dynamic that was discussed after the Round of 16. The trio of Hamlin, Busch, and Truex has been a staple for Joe Gibbs Racing and the fourth car has been underwhelming since Matt Kenseth left.

However, Bell is clearly the face of the organization moving forward in the No. 20 car. Busch is moving to Richard Childress Racing next season and Truex is nearing retirement while Hamlin still remains in the No. 11 car.

A change of the guard has occurred at Joe Gibbs Racing and Bell has become the franchise’s cornerstone driver. Ty Gibbs might join him in the future as he is expected to take over for Busch; however, certain issues may hold him back at NASCAR’s top level. 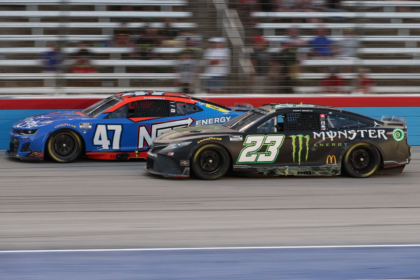 The transition of Joe Gibbs Racing’s drivers is similar to Hendrick Motorsports. Jimmie Johnson, Jeff Gordon, Dale Earnhardt Jr., and Kasey Kahne all left the organization as it brought in fresh faces.

This is exactly what is happening with Joe Gibbs Racing and they will have some very talented faces. Bell and Gibbs lead that crusade with others such as Sammy Smith, Chandler Smith, John Hunter Nemechek, Corey Heim, and Buddy Kofoid as future possibilities.

Hendrick Motorsports saw a few seasons of struggles when this occurred. It should be expected to see this from the new drivers that enter the organization outside of Bell who has begun to establish himself at NASCAR’s top level.

Plus, Hamlin could be there for the foreseeable future as the seasoned veteran to mentor the young drivers that will inevitably join Joe Gibbs Racing. The situation appears to be well-balanced.

Either way, Bell will continue with the organization for the 2023 season and it would be surprising to see him be let go anytime soon as this process is officially underway.