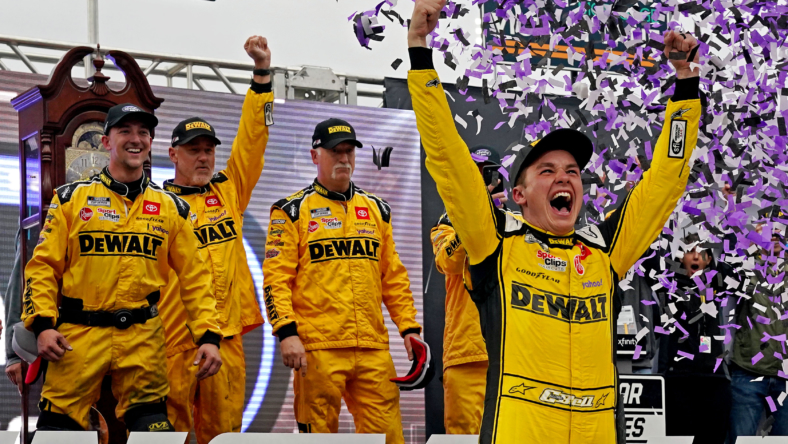 Christopher Bell pulled off the unthinkable again. With his back against the wall, Bell pulled off another stunning victory at Martinsville Speedway to clinch a spot in the Championship 4.

Let’s dive into the history Bell has made and why he is NASCAR’s new closer.

Coming into the 2022 season, Chase Elliott held the title for the biggest walk-off victory in NASCAR playoff history. Elliott entered the cut-off race of the Round of 8 in 2020 with a 25-point deficit to the cut-line.

Bell broke that record at the Charlotte ROVAL when he entered the event with a 45-point deficit. It was by far the largest walk-off victory in the history of the playoff system. Twenty points more than Elliott’s deficit.

However, the 27-year-old driver did it again at Martinsville. Bell entered the race with a 33-point deficit and won at one of the tracks that has not been easy for him over the years.

Bell now holds the top two spots for the biggest playoff comebacks ever. He is the first driver to come home victorious in two must-win situations in the same season.

Due to his wins at the Charlotte ROVAL and Martinsville, it knocked out Kyle Larson and Denny Hamlin, who are two of the most notable NASCAR drivers.

Bell’s victory at Martinsville was definitely overshadowed by Ross Chastain’s video game-like move at the end of the event; however, he likely wouldn’t want it any other way.

Kevin Harvick used to be labeled “NASCAR’s closer” as he would come out of nowhere at the end of races and steal the show. However, enter the driver of the No. 20 car.

Bell has been labeled as a win-or-bust type of driver in the past and the playoffs have been representative of that fact, even if it wasn’t entirely his fault at Las Vegas Motor Speedway.

The first two races of the Round of 12 and Round of 8 were rough for him. Texas and Talladega didn’t go well while Las Vegas and Homestead featured even worse circumstances.

But, when the chips are pushed to the middle of the table and everything is on the line, there is not a single driver that will embrace the situation better than Bell this season.

Two historic performances at tracks where Bell was not expected to compete at a high level based on previous statistics. Who says the Cinderella story will stop at Martinsville? 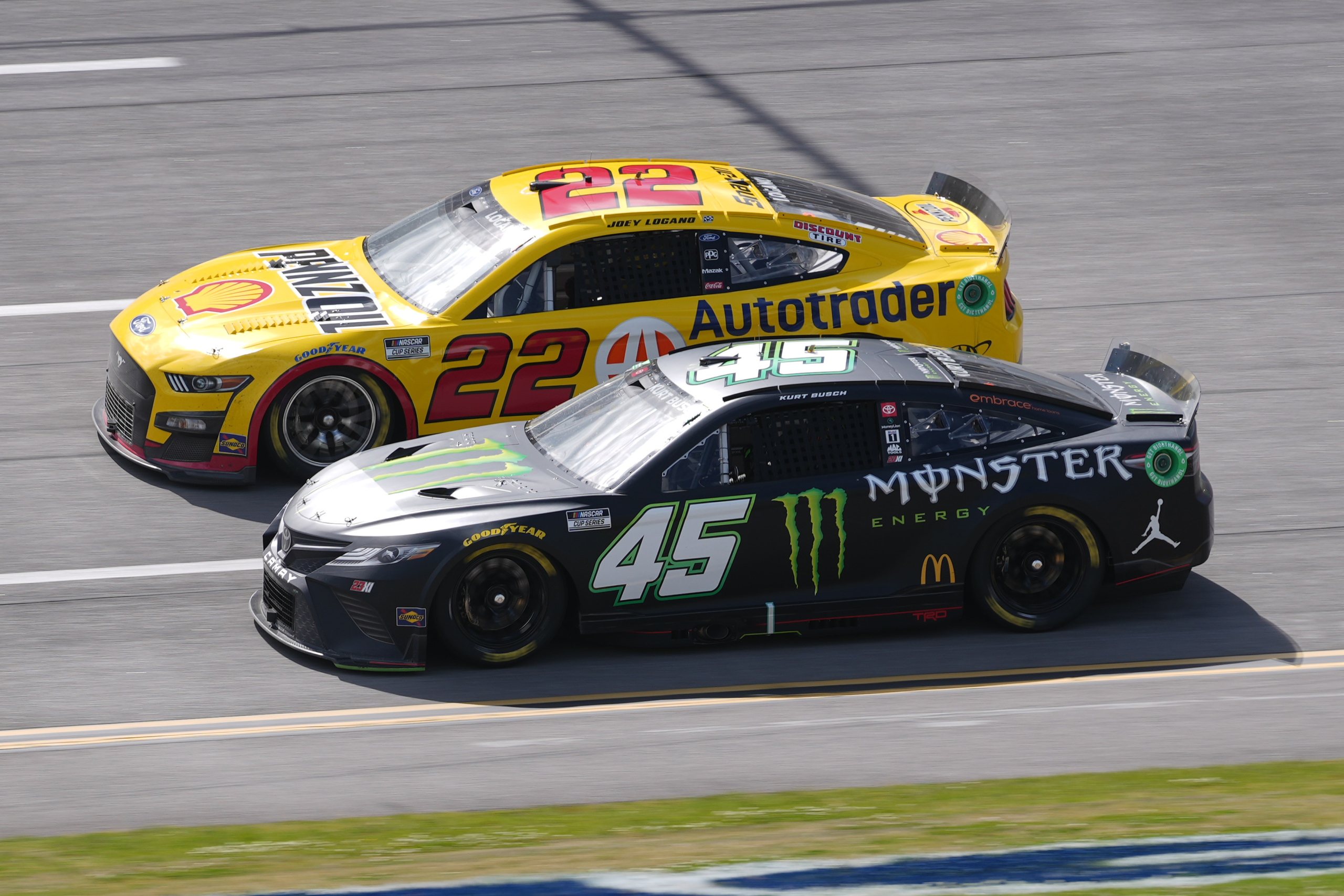 Bell has a chance to win the 2022 NASCAR Cup Series championship at Phoenix Raceway this weekend. No matter what happens next, the 27-year-old’s clutch gene makes the No. 20 team scary.

Chastain, Chase Elliott, and Joey Logano will join Bell in the biggest race of his life. All four of them have earned their way to this scene as they each sit in the top five spots for the best average finishing position during the 2022 season.

Chastain and Bell will be there for the first time while Elliott and Logano look to join Kyle Busch as the only multi-time champions in the Cup Series. For Bell, this represents an opportunity to cement his legacy.

It could result in a title or simply a fourth-place finish in the championship. Either way, it has the feeling that Bell will not be done being in this spot after the 2022 season.