NASCAR is going to have plenty of changes to the NextGen car by the start of the 2023 season. What are these changes and what could be on the way for safety? 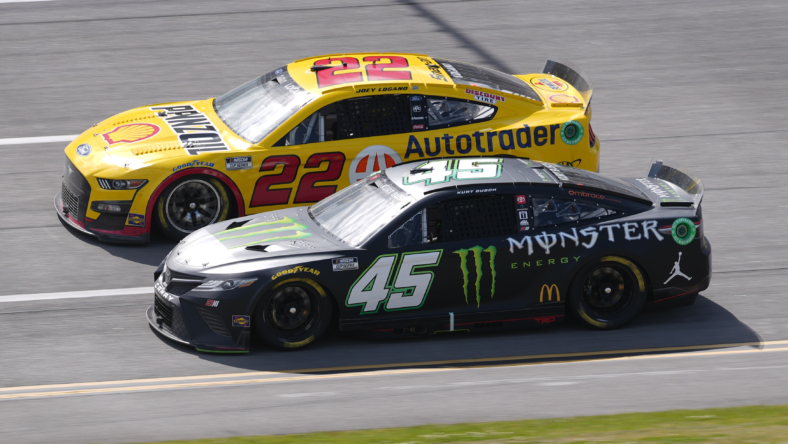 However, the new car is expected to undergo several changes for its second year in the sport.

NASCAR talks about the major changes expected in 2023

The NextGen car has been a major topic of conversation during the 2022 season as drivers and owners express their displeasure with the vehicle. While the racing has been better in general, there are other concerns as well.

NASCAR Cup Series Managing Director Brad Moran went on SiriusXM NASCAR Radio and discussed the changes that could and will happen going into 2023.

“The car is going to have a slightly different look next year. The hoods, the noses are going to be different. There are some changes in the cooling louvers on the hood and things like that. That’s all underway and all the aerodynamic testing has been done.”

As stated by Moran, all of the aerodynamic testing has been completed which means manufacturers have submitted their noses and hoods for the 2023 season.

However, the performance of the car is not the major issue that has taken place this season. The racing itself has been good but the safety concerns have plagued what was supposed to be a really fun first season.

It ruined Bowman’s shot at advancing in the playoffs after a strong Round of 16. The good news that came out on Friday morning is Bowman returning to the final race of the season at Phoenix Raceway. It will be his last race with crew chief Greg Ives.

It was reported on Thursday afternoon that Bowman was doing “well” and that a decision for Phoenix Raceway was coming in the next few days. Thankfully, the 29-year-old driver is feeling good enough to drive before the season ends.

What will NASCAR do to combat the safety concerns from plaguing the car again?

“Of course, safety is a never ending journey and we continue to work on that everyday. It’ll never be done but we’ve also been doing a lot of testing on the rear section of the cars. Different clip designs and some other slight changes to the center section…There will be quite a few changes going into 2023.

NASCAR’s Brad Moran on some of the safety improvements

This has previously been reported as NASCAR went to a crash test facility and tested out new rear bumper structures and rear clips. It went well enough to where it will be implemented for the 2023 season.

While this is an improvement for the NextGen car, there are still areas of improvement that could take place regarding safety and NASCAR is aware of those possibilities.

NASCAR has been taking plenty of heat regarding safety issues this season. The racing product itself has been good but ranging from harder impacts to fires, it has taken a toll on drivers.

However, Moran has stated the following about safety which sounds positive as of right now.

“There have been thousands of safety simulation tests done throughout the year. We also did multiple on-track crash tests. All those rules are penciled in, they are not rules yet because we don’t put them until the end of the last race but the teams are well aware of what is coming. A rear bumper structure as well is going to change. There’s been quite a bit of work that’s been done to the rear of the car. We’re also been doing a lot more testing on the head surround and learning more about it and what other safety items we can work on.”

It is a good thing to hear that race teams know what is coming for next season. The tests appear to have gone well enough to where the new rules are penciled in until the final race of the 2022 season at Phoenix Raceway.

The rear of the car has been the sketchiest portion. Busch and Bowman each suffered concussions from hits that started with the rear going into the wall first. That should be the major focus and it’s good to hear that it has been this year. Also Read:
Breaking down NASCAR’s playoffs as the Championship 4 looms

If it is truly seen as an issue from the drivers’ and NASCAR’s perspective, it is crucial to fix it for the 2023 season. Safety will always be a never-ending battle, as Moran stated.

It also happens to be the most important factor for NASCAR to combat as the NextGen car evolves going into its second season of existence.