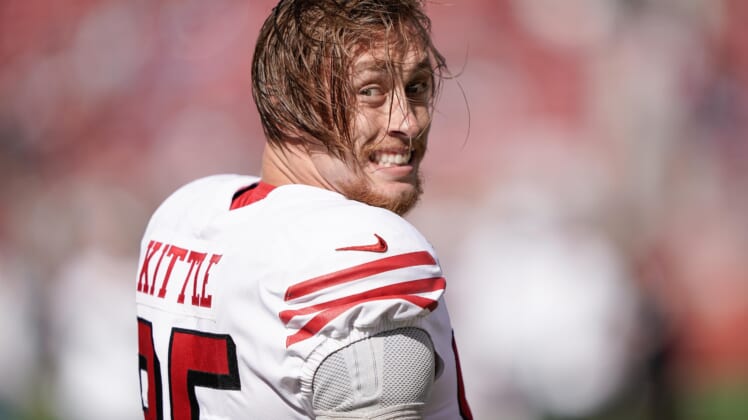 There’s toughness on the field every Sunday. We see it around the NFL every week.

However, this information from ESPN’s Adam Schefter surrounding the injury San Francisco 49ers tight end George Kittle suffered back on Halloween is something else.

The record-breaking tight end suffered a broken bone in the ankle during that contest and returned to action. After missing each of the past two games, Kittle is ready to return for Sunday night’s epic battle against the Green Bay Packers.

That’s next-level stuff from Kittle right there. His presence is also going to be huge for Jimmy Garoppolo and the 49ers’ offense.

The third-year tight end has hauled in 134 receptions for 1,918 yards in 24 games since the start of last season.