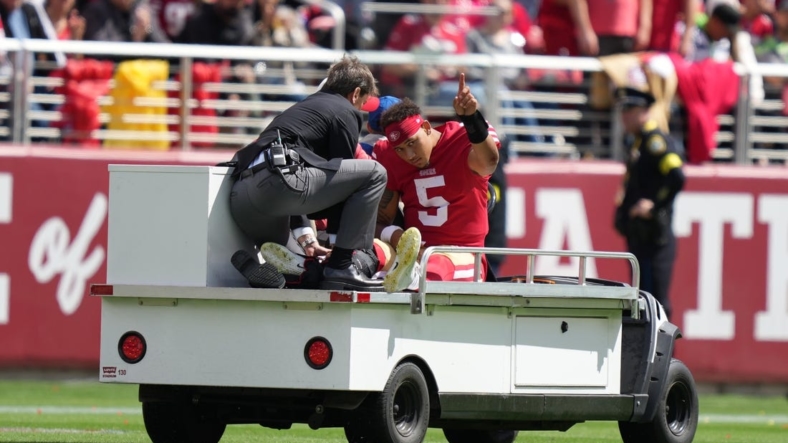 San Francisco 49ers quarterback Trey Lance was carted off the field with an air cast on his lower right leg late in the first quarter of Sunday’s game against the visiting Seattle Seahawks.

Lance’s leg appeared to buckle under him after a short gain on a rushing play. He was quickly ruled out for the game with an ankle injury.

Jimmy Garoppolo entered the game in relief of Lance and started 4-for-4 for 70 yards, capped off by a 38-yard touchdown pass to Ross Dwelley that made it 13-0 Niners in the second quarter.

San Francisco kept Garoppolo on a reworked deal for 2022 after it was unable to find a trade partner for the veteran.