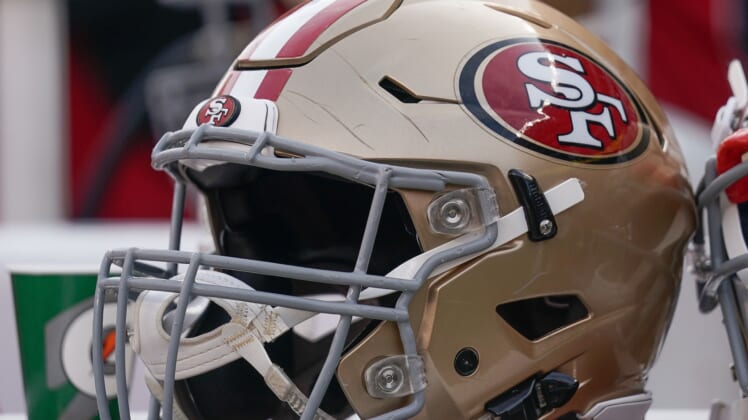 49ers news: The San Francisco 49ers are without a home following a new COVID-19 health ordinance in the Bay Area, amid an NFL season already filled with problems.

While a new safety ordinance issued by the Santa Clara County Public Health Department won’t influence Sunday’s game against the Los Angeles Rams, the 49ers are in trouble for Week 13. Fortunately, at least one potential solution is already emerging.

According to NFL Network’s Ian Rapoport, the most likely home for the 49ers is in Arizona. With the NFL encouraging the team to play in an NFL stadium, State Farm Stadium is the favorite to host the 49ers for their next three home games.

Such a move would require approval from the NFL and the Arizona Cardinals, but the Cardinals are reportedly willing to help their NFC West rival.

If the 49ers can’t find any options in California, then playing outside the state becomes an easy solution. If they play in Arizona, the team could practice at a facility near the stadium and would live in a hotel. While it would keep them from their families, it might be a test run for how players adjust to living in an NFL bubble.

NFL news: League could use a bubble for NFL Playoffs?

There is also a level of convenience if the 49ers play at State Farm Stadium. While both teams are scheduled for home games in Week 13, Arizona plays the Rams on Sunday afternoon and San Francisco faces the Buffalo Bills on Monday Night Football.

After that, the Cardinals would hit the road for a Week 14 matchup against the New York Giants. Meanwhile, the 49ers could remain in Arizona to host the Washington Football Team on Sunday.

Following their Week 14 matchups, the 49ers would travel to face the Dallas Cowboys on Dec. 20 in Week 14. After that, they could return to Arizona to face the Cardinals.

The hope would be that the order in Santa Clara County is lifted before the year ends, allowing the 49ers to return for their final game at home against the Seattle Seahawks on Jan. 3.