49ers’ move to Santa Clara has been an absolute bust

The San Francisco 49ers moved into Santa Clara’s Levi’s Stadium in 2014. What’s gone wrong? Well, it would be easier to go over what’s gone right.

The decision to move out of the actual city of San Francisco was controversial when it was made. Some of the concerns were valid. Some were a little more irrational. But into the team’s fourth year at the stadium, it’s fair to say that the experiment has been a failure, and not a small one.

It starts with the empty seats, which are noticeable at every game. For Thursday’s game against the Los Angeles Rams, tickets are going for $14 on the secondary market. There’s also a expectation that there will be thousands of empty seats for the game.

Now, some of this can be attributed to the team’s play. There are plenty of entertainment options in the Bay Area — sports or otherwise — and it’s hard to attract fans to come out to spend their Sunday afternoons watching a truly bad team play. So, if and when the 49ers start winning again, Levi’s will be packed, right?

Well, the attendance will be better. But this problem actually reaches beyond just the team’s win-loss record.

Jim Harbaugh’s final season with the team — 2014 — was certainly a disappointing one. An 8-8 season might seem like pure bliss now. But when compared to 36-11-1, three NFC Championship Games, and a Super Bowl appearance from 2011-13, 8-8 doesn’t look so good. Still, that was a team that started 7-4. It was very much a playoff contender into the season’s final weeks. Yet, even as at that 7-4 mark was being achieved, the stadium had visible empty pockets. Maybe not enough to match what we’ve seen from 2015-17, but the actual attendance was poor.

There are a few contributing factors here.

One is the heat.

Imagine thinking that you’re going to move to a beach front house and saving up for a nice Corvette. Then, you change your mind and decide to buy a farm and become a farmer. Only, rather than going to buy a truck, you decide to stick with the Corvette.

That’s essentially what the 49ers did. The blueprint of Levi’s Stadium was designed for San Francisco. When the decision was made to move to Santa Clara, it wasn’t changed.

While not far apart geographically, the cities of San Francisco and Santa Clara have dramatically climates. My family held season tickets at Candlestick from 1982-2013. Until 2009, our seats were completely exposed to the sun. Yet, I can only recall a few games where it was uncomfortably hot. Candlestick’s weather could negatively impact the fan experience in many ways. But with very few exceptions, heat was not one of them. It just doesn’t get that hot in San Francisco that often.

Santa Clara can have hot days well into the football season. More to the point, it doesn’t need to be in the mid-90’s or hotter to be uncomfortable. If the sun is constantly beating down with no shade or anything to offset it, a fairly reasonably temperature (like 80 degrees) will feel miserable after several hours. Santa Clara has many days like that.

That’s one problem. Another massive one is the location.

While a huge fuss was made by San Francisco politicians when the decision was made to move the team to Santa Clara, much of it was overblown. The 49ers are one of eight NFL teams that does not play in the city that bears its name. That doesn’t even count the Arizona Cardinals or New England Patriots, who both play in the state/region of their names but play in suburbs of the biggest city.

Still, for many 49ers fans, Santa Clara is a hard place to get to. The Bay Area is a big region with 49ers fans all over. Yet, unless you’re a fan from one pocket of that region, it’s a good drive to Santa Clara. It’s also not terribly accessible by many major roads. That makes for not only a long day of travel just to get near the stadium, but even more time getting in once you get close. 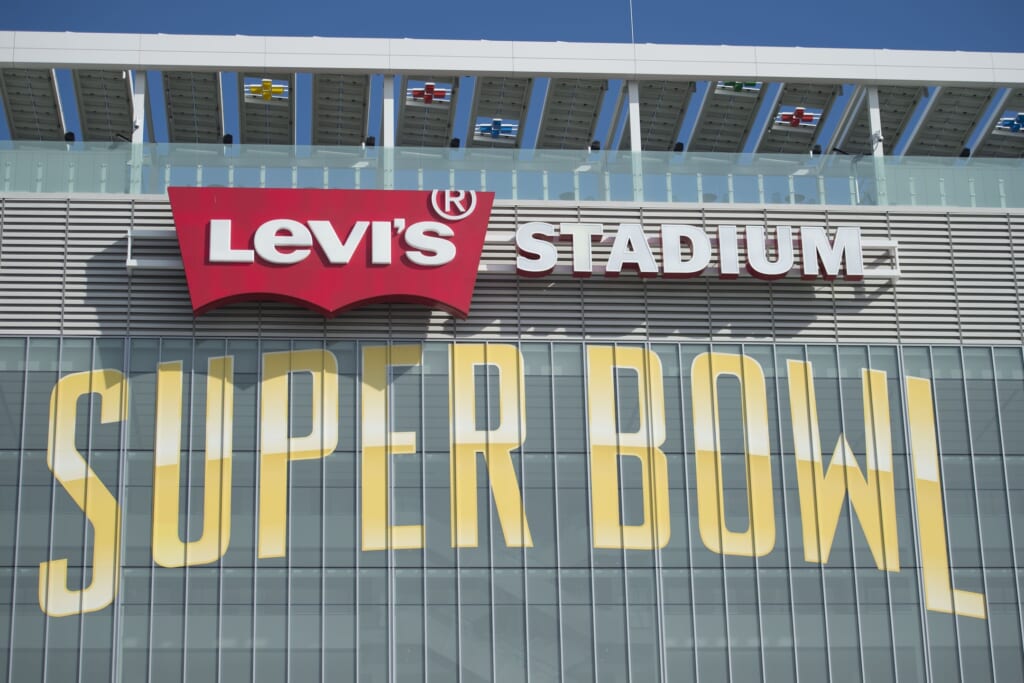 That all contributes to a negative fan experience. But for the players, Levi’s hasn’t exactly been a charm, either. Ever since the opening of the stadium, the 49ers have struggled to find an adequate field. Their games have been marred by players slipping and falling around, even on completely dry days. It’s been a consistent problem and was most noticeable in Super Bowl 50. It was one of the worst played Super Bowls in history, something aided by the fact that the Carolina Panthers and Denver Broncos players couldn’t maintain their footing.

Mind you, these are just three highlights. We haven’t even gotten in to how expensive concessions are, or the team’s fight with the city of Santa Clara. Expensive concessions are less than ideal, but are also common around different stadiums across the world. Besides, fans can eat before or after the games and not have to worry about that. The team’s fight with the city is problematic, but really doesn’t contribute to the fan experience.

But essentially, everything that Levi’s Stadium offers that contributes to the fan experience does so in a negative way. It’s why we have such cheap seats on the secondary market. This isn’t some late-game played on Thanksgiving, Christmas, or New Year’s Weekend between two terrible teams. The teams might be terrible, but it’s only the third game of the season. Yet, season ticket holders simply don’t want to go.

It’s something we’ve seen a lot of in three-plus seasons in Santa Clara. A good team will negate some of that. But the 49ers problems at Levi’s Stadium go beyond the team’s win-loss record.