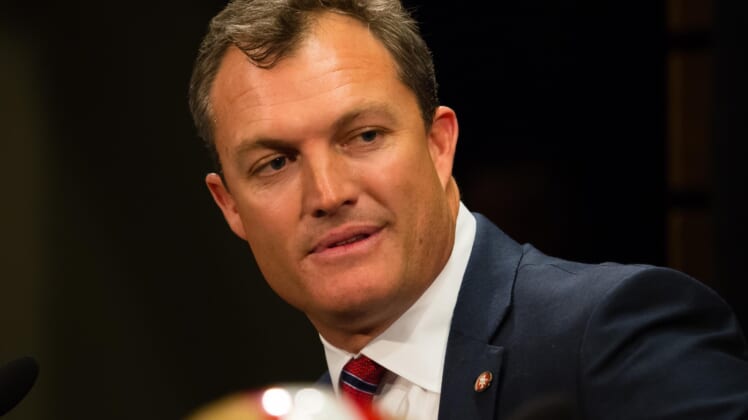 According to a report by Dan Hanzus of NFL.com, the San Francisco 49ers are one of six teams eligible for the 2018 “Hard Knocks” annual training camp series.

But, general manager John Lynch does not wish to have his team featured on the summer-time HBO show. He candidly explained why.

“It’s not something we would be really excited about,” Lynch said, per Matt Maiocco of NBC Sports. “I love the show, but I think some thing are best left behind closed doors. I fundamentally have a problem with cutting players and things of that nature (on camera). It’s not something we’d be thrilled about.”

Outside of the 49ers, the Baltimore Ravens, Cleveland Browns, Denver Broncos, Los Angeles Chargers and Washington Redskins are the other teams eligible to participate in the HBO series, per the report.

While many might side with Lynch’s thoughts on the show, the 49ers would be an exciting team to follow through training camp this upcoming summer. San Francisco now features the hottest new quarterback in the league, for starters.

It is possible that the powers to be higher than Lynch feel differently. What is also possible is one of the other five aforementioned teams volunteers to be in the “Hard Knocks” series.

Soon enough, we will all find out whose bright and shiny faces will grace the television screen this summer. But, either way it turns out for the 49ers, the team has legitimate hope for success in the foreseeable future.