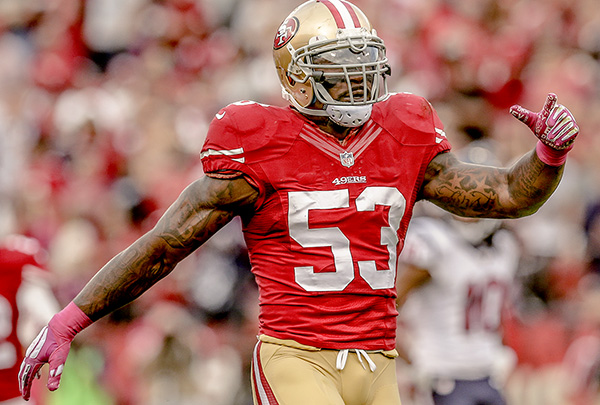 Conflicting reports as to whether the San Francisco 49ers have placed All-Pro linebacker, NaVorro Bowman on the trading block have been stirring about.

The latest news coming from the 49ers’ camp is that Bowman is not up on the block. This comes via VP of Communications Bob Lange.

There is a lot of confusion to take in here. But it seems the 49ers’ brass is attempting to set the record straight.

The 49ers’ defense finished at the bottom of the league in 2016, so the earlier news that the team would offer up its best defensive player (when healthy) was somewhat puzzling.

Bowman is on course to earn $9.5 million in 2017 and we will now never know if any team would have been willing to take on that type of salary.