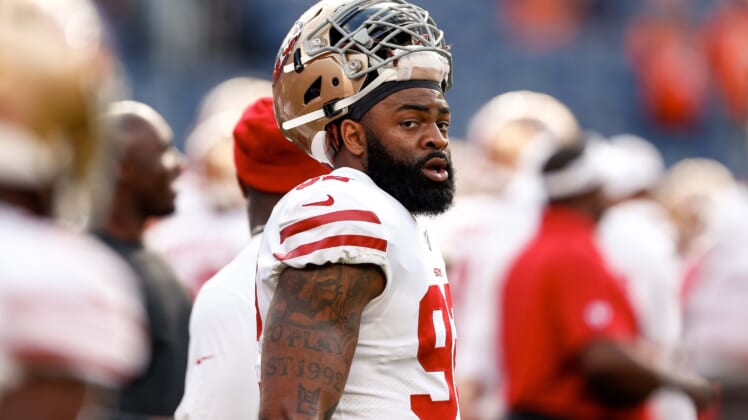 Head coach Kyle Shanahan told reporters Monday that the team is placing Moore on injured reserve, ending his season. Nobody knew Moore had a broken forearm until Monday, and Shanahan praised him for his toughness

“I can’t tell you how impressed we were,” Shanahan said, per Matt Maiocco of NBC Sports Bay Area. “We didn’t know he had a broken forearm until after my press conference yesterday.”

Matt Barrows of The Athletic added that Shanahan believes Moore fractured his forearm in the third quarter.

A player who impressed during the preseason, Moore was not on the roster after the big cutdown ahead of Week 1. However, injuries on the defensive line led to the 49ers bringing him back ahead of Week 11, and he has played extremely well tallying five tackles and one forced fumble, which iced the team’s win against Arizona.