At 4-8, the 2015 San Francisco 49ers season will not be a success. The best that they could possibly do is run the table and even if that happens, it only equals the 8-8 season of 2014 that ended with Jim Harbaugh and the 49ers “mutually parting ways.”

But while the season won’t result in a trip to the playoffs, it’s possible that some positives can be taken from this season for the San Francisco 49ers and their fans.

How could that happen? Well, if these four things need take place, or do not take place in some cases, then the 49ers will have something to hang their hats on heading into 2016.

Four games might not seem like much, but it is one-quarter of a full season. With that, you can get a decent idea of what kind of pace a player is on for four games. If Gabbert played at this pace for a 16 game season, this is what his numbers would look like.

Those aren’t bad, but the one thing that jumps out at me is a mediocre 20 touchdown passes. He’s averaging just under 31 passes a game, which is fine, but he’s not going downfield much. When he went downfield against the Bears, the results were good.

The 71-yard game winner from Blaine Gabbert to Torrey Smith in overtime – https://t.co/Nt1rMXujkB

The 49ers have many flaws, but Torrey Smith and Anquan Boldin are two strengths. Ask Tom Brady how much he’d like to have those two running routes for him. Allowing Gabbert to pass more downfield will give an accurate indicator of how good he is.

Is it possible that he might be a quarterback that can lead a team long term? Is he really a bad quarterback that just had a few good games? Is the answer somewhere in between and if so, which extreme is it closer to?

What exactly is the worst that happens here? Gabbert is more aggressive and it costs the 49ers one game — or even four. It’s better to find that out now than next season when the games may mean something again.

This is in no way a knock on Shaun Draughn. Actually, over the last four games, Draughn’s been the most positive surprise not named Blaine Gabbert. Still, even if Draughn is the primary back, there are plenty of chances for Hayne, who is on the team’s practice squad right now.

In addition to being a great rugby player, Hayne’s play made him one of the most talked about stories in the NFL during the preseason. Certainly, there’s a big difference between the preseason and regular season and Hayne’s limited regular season time has been less than spectacular. But again, it’s been limited.

What exactly is the worst thing that happens if Hayne plays and is awful? Much like Gabbert, this is the time to find out how good or bad Hayne is.

As good as Gabbert has been, it hasn’t exactly resulted in big point totals. The 49ers managed only 13 points in losses to the Seahawks and Cardinals. While they scored 26 points against the Bears, they only scored 20 in regulation and one of those came on a defensive score.

By and large, the 49ers have been predictable, and it’s been happening all year.

This is a good thing to do for a couple of reasons.

It’s a common theme here, but the worst case scenario just isn’t that bad, as long as it takes place in 2015. 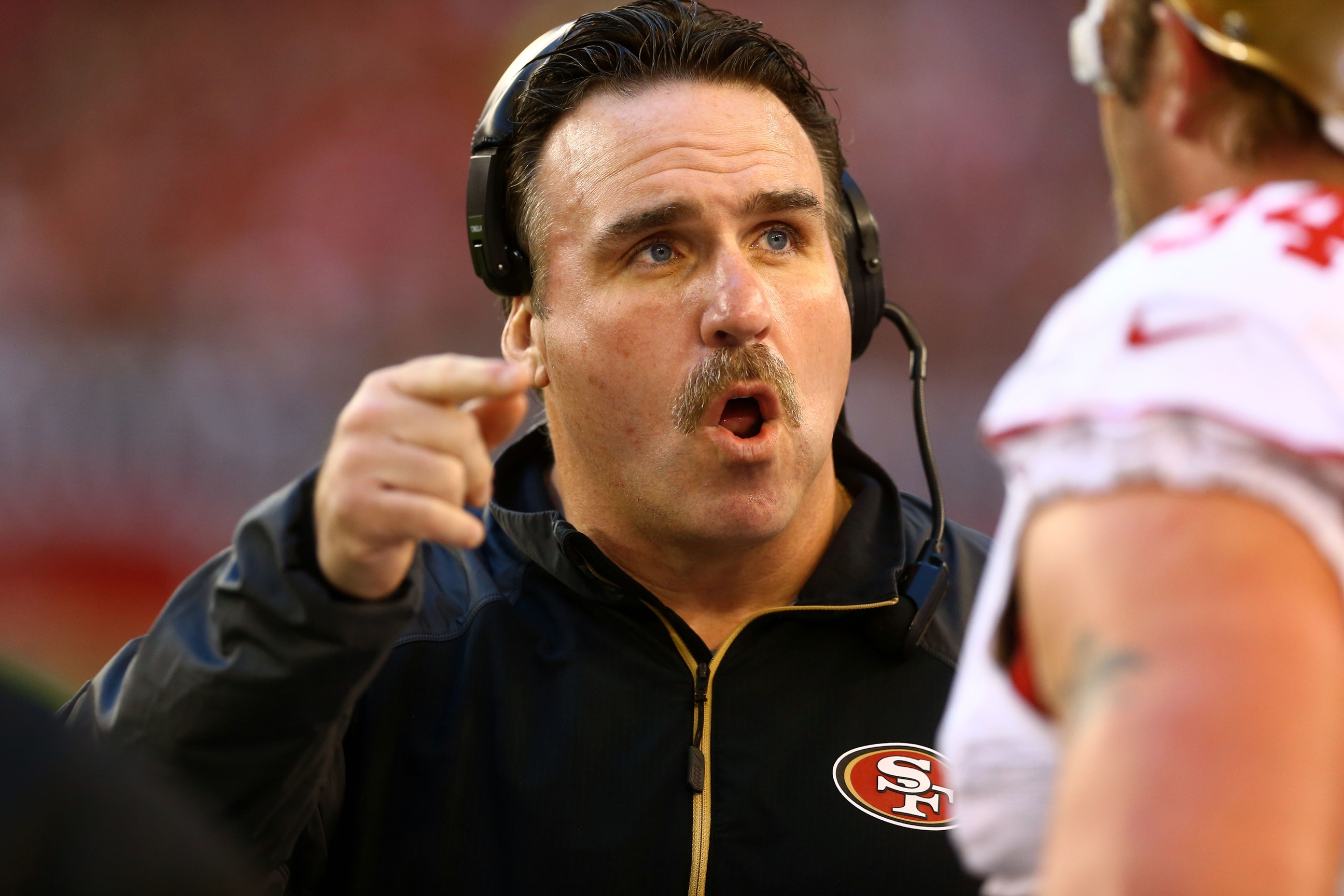 As important as the potential development of Blaine Gabbert is, nothing is more important than this. We’re speaking more to the coaching staff here. Specifically, Jim Tomsula.

In a win against the Bears, the head coach of the San Francisco 49ers make at least two indefensible moves.

Tomsula has not done a good job of coaching this team. He may not actually be overwhelmed on the sideline but if he’s not, he’s an Academy Award winning quality actor.

Personally, it doesn’t seem like Tomsula should be brought back. This team needs an offensive coach that can mentor Gabbert, a new quarterback, or even Colin Kaepernick for that matter. But if Tomsula is brought back, then an assistant that can use 2016 as a trial run needs to be brought in, just in case Tomsula is fired early on and an interim needs to take over.

The 49ers have four remaining games.

The 49ers aren’t good enough to assume a victory against anyone, but a 3-1 stretch in those four games is not out of the question. But 3-1 or even 4-0 can not take this head coach or anyone on the San Francisco 49ers staff off of the hot seat.