4 Remaining NFL Free Agents Who Will Produce in 2015

Believe it or not, there are some superb NFL free agents still on the market—tenured players who have yet to find a home for the 2015 season, but they won’t stay unemployed for long.

The league’s second free-agency period is now in effect. Teams no longer need worry about adjustments to their compensatory pick haul in the 2016 NFL draft. May 12 was the critical date in this matter. Now that it’s in the rear-view mirror, teams can sign free agents without worrying about how it will factor into how compensatory picks are awarded.

Free from draft considerations, teams will now be looking to add depth at key positions. Every team’s roster is clearly defined now after the draft, and general managers will be active from now until the end of the exhibition season.

These are the four veterans at the top of the list.

Welker. Only the most successful slot receiver of this generation. Quicker than lightning, cuts like a jack rabbit and catches darn-near everything thrown his way.

The biggest problem for Welker—the reason he’s currently unemployed—is that he suffered three concussions within a year. Two of them occurred in a three-week time period in 2013, while the third happened during the preseason last year.

Thankfully for Welker, he’s been completely cleared to resume playing NFL football by “one of the country’s leading concussion experts, Dr. Stanley Herring of Seattle,” per Mike Klis of 9News in Denver.

He wants to play again in 2015 and is excited to get back into the swing of things.

“I am 100 percent committed to keep playing,” Welker said. “I feel like every day that goes by, the chances are less so. But I want to play. I’ve enjoyed my time away. I’ve enjoyed spending time with my wife. But I’m itching. I miss the locker room. I know once the season starts I’ll be dying if I’m not playing.”

Though Welker’s stats took a big hit during his final year in Denver (49 catches for 464 yards and two touchdowns), the veteran receiver is still quite capable of putting up big numbers. Heck, his production last year would be quite acceptable for many teams as a third option.

Expect Welker to play in 2015, and expect him to play well. Oakland seems like a terrific landing spot. Put him in there with Michael Crabtree and rookie Amari Cooper and you have a pretty darn good trio for second-year quarterback Derek Carr. 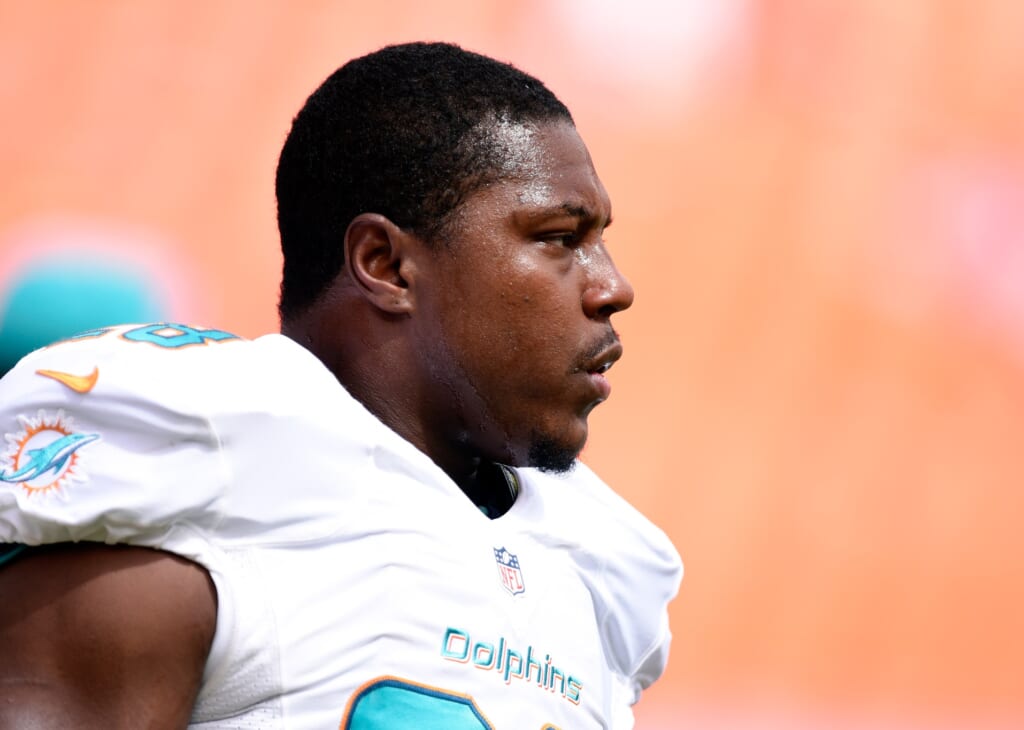 Courtesy of USA Today Sports: Knowshon Moreno would be a nice addition to a backfield.

Talk about a complete running back with plenty of gas left in the tank. Moreno is a six-year veteran with about three years of wear and tear on his body.

After a breakout season with the Broncos in 2013 (1,586 total yards and 13 touchdowns), the former Georgia Bulldog jumped ship and headed to South Florida to play for the Miami Dolphins. Unfortunately, his season was derailed by an ACL injury early in the year.

Miami has indicated it might be interested in bringing Moreno back for another try in 2015, but nothing has come of it yet. The Dolphins drafted Jay Ajayi in the fifth round this year and still have high hopes for Lamar Miller.

Whether it’s Miami or another team, it matters not: Moreno will get picked up before training camp starts. He is not only a capable downhill runner who has a nose for the end zone, but he is an accomplished pass-catcher out of the backfield who can also protect the passer—valuable assets that are in high demand in today’s NFL.

Defensive linemen not named J.J. Watt don’t receive much praise for the work they do in the trenches. The next two players are not flashy, nor will they fill up the stat sheet, but their value is tremendous nevertheless.

Carriker is a versatile defensive lineman with the size and strength to play all over the line. His best position is as a defensive end in a 3-4 alignment, but Carriker can slide into a 4-3 as well as a defensive tackle.

A devastating knee/quad injury derailed a promising career in Washington, but he was a tremendous player for Washington leading up to that unfortunate incident. Having missed out on the entire 2014 season, the former Nebraska Cornhusker is pushing hard to land a spot on an NFL roster this year:

“I love football, it’s very simple for me,” he told NFL Media back in March. “I just want to get some teams to bring me in one on one.”

The Atlanta Falcons recently hosted the stalwart defender before the draft and could potentially be a team interested in his services. Remember, most visits prior to the draft don’t end in contracts. Teams wait until the compensatory formula is thrown out the window. If Atlanta liked what it saw, there could be a match here. Another team to keep an eye on is Chicago. The Bears just switched to a 3-4 defense and would be a logical landing spot. 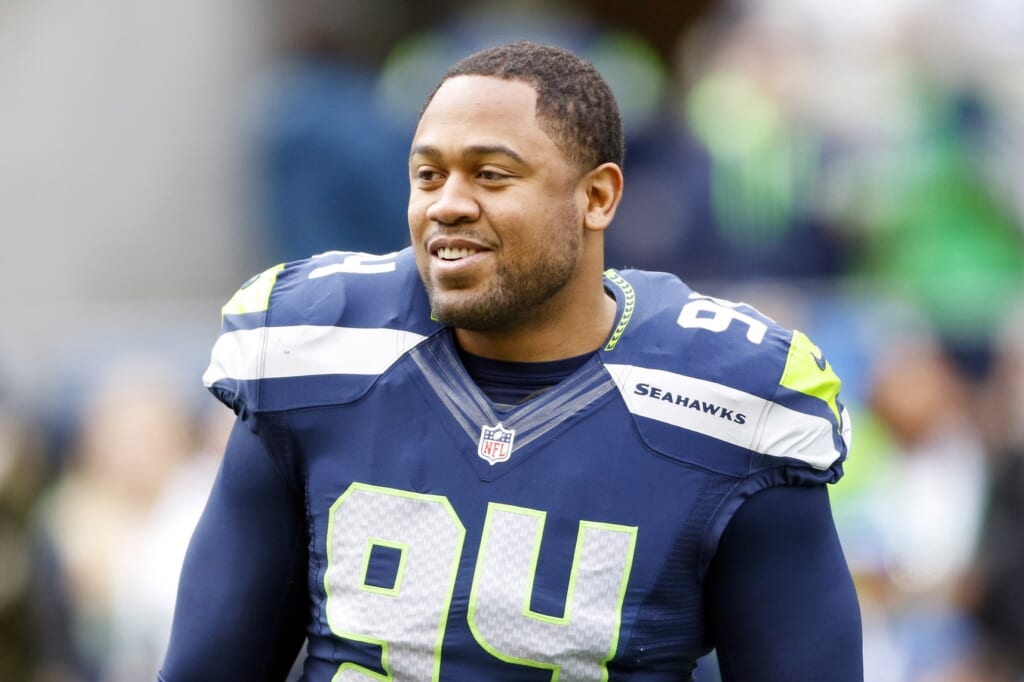 Courtesy of USA Today Sports: Kevin Williams still has a bit left in the tank.

Even in his 13th NFL season, Williams is a force to be reckoned with in the trenches.

When the dynamic defensive tackle came into the league out of Oklahoma State, he set the league on fire playing next to big Pat Williams, posting sack totals of 10.5 and 11.5 in his first two years. Twelve years into his career and Williams has slowed down a bit, but he has also racked up 63 sacks—a phenomenal number for a 4-3 defensive tackle.

Williams is equally impressive against the run. His 6-foot-5 frame carries well over 310 pounds, and he knows how to leverage every ounce of it.

The New Orleans Saints had him in for a visit recently. He is also interested in rejoining the Seattle Seahawks for another season after playing well in place of Brandon Mebane last year.

“I want to go back to Seattle, but this is a business,’’ Williams said (h/t The St. Paul Pioneer Press). “They’re still evaluating their roster. I guess there’s not that many 12-year veterans that everyone wants. Everyone wants to go younger.”

Going younger is well and good, but the experience Williams brings to the table, along with his considerable talent, is equally valuable.