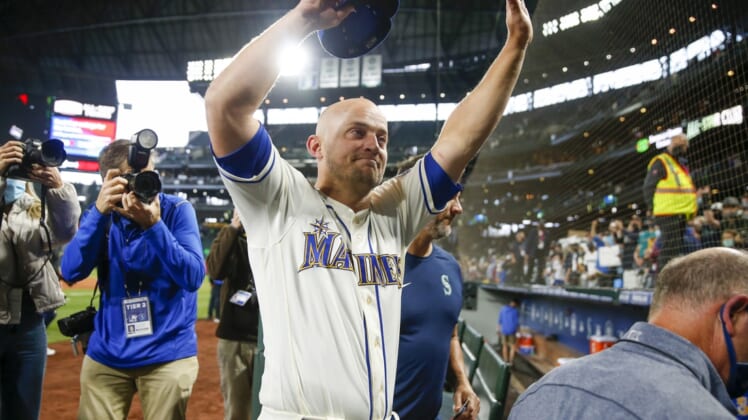 “Today I’m announcing my retirement from Major League Baseball. Thank you to all of my family, friends and fans for following me throughout my career,” he said in a statement posted to Twitter by his wife, Julie.

“It’s been a wonderful ride but I am unbelievably excited for the next chapter of my life.”

A note from my husband. pic.twitter.com/Zl5peB3vR2

Seager made the All-Star team and won a Gold Glove award in 2014. He belted at least 20 home runs in nine of his 11 seasons and ranks fourth in Mariners history in games, hits, homers and RBIs.

The Mariners finished second in the AL West in 2021 and recorded their most wins since 2003. Seager never got a chance to play in the MLB postseason.