3 Things to Watch vs. Packers 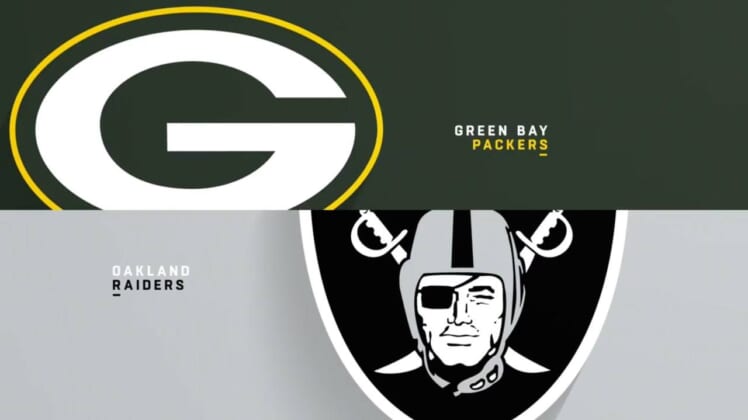 The Raiders take to the field in Winnipeg tonight in Week 3 of the NFL preseason with – hopefully – the Antonio Brown saga behind them.

The Raiders play internationally once again tonight as they head to the Canadian province of Manitoba to take on the Green Bay Packers in Winnipeg at IG Stadium.

What position battles are heating up? How much will the starters play on Winnipeg’s artificial turf? Will Antonio Brown play at all?

These are all questions we discuss in our latest piece over on the CBS Sports Radio 1140 website.

Programming Note: On this week’s Silver and Black Today on CBS Sports Radio 1140, we welcome Bleacher Report’s Moe Moton who will help us break down what we saw in the Packers game. He’ll also tell us why he thinks rookie Hunter Renfrow is a key for the Raiders this season. Also, Pro Football Focus’ Austin Gayle will be on the show to talk about what Antonio Brown could mean for Derek Carr and the Raiders offense and we’ll get his rankings and thoughts of who makes the roster and who doesn’t.

Don’t forget to catch Las Vegas’ ONLY all-Raiders sports show “Silver and Black Today’ Sundays from 8-10 a.m. on CBS Sports 1140 and streaming on the RADIO.COM app.