Kevin Harvick is expected to leave Stewart-Haas Racing after the 2023 season as of now. Let's dive into three bold candidates to replace Harvick. 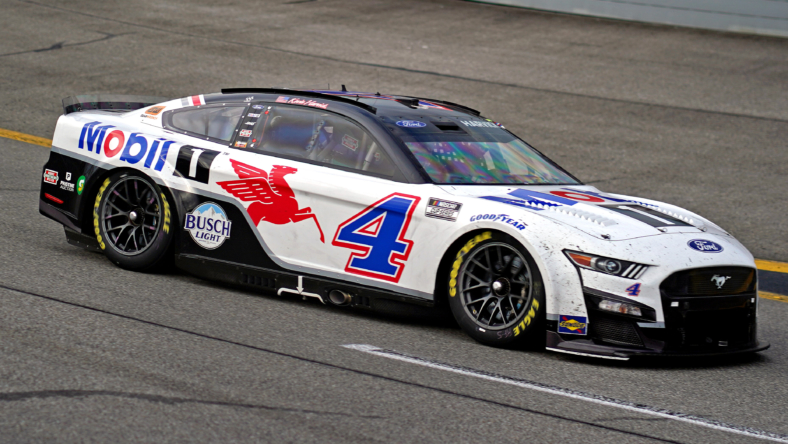 Stewart-Haas Racing currently has the No. 41 car undecided for the 2023 season as Cole Custer and Ryan Preece are likely the top candidates. However, Kevin Harvick is expected to leave the organization after next season as of now.

Let’s dive into three bold candidates for Stewart-Haas Racing to consider in 2024 if Harvick does hang up his steering wheel.

Todd Gilliland just finished his first full-time season in the NASCAR Cup Series with Front Row Motorsports. Gilliland’s teammate Michael McDowell did have the best season of his career but this was a major jump for Gilliland.

Gilliland is one of Ford’s few bright spots when it comes to future drivers. The Ford pipeline of prospects is not strong so elevating a young driver to replace Harvick in the No. 4 car is not a bad idea. There are veteran drivers that make sense but Gilliland has the potential to be a very solid driver. It would be a nice fit and allow him to grow alongside others such as Chase Briscoe and likely Preece when he finally makes his way into the lineup.

The next driver on the list might not come as a surprise, but it would be a very bold move to elevate him to Stewart-Haas Racing’s program in the Cup Series at this point in time.

Riley Herbst concluded his second season with Stewart-Haas Racing in the NASCAR Xfinity Series and it was certainly an improvement over the 2021 season. While it did not end with a victory, the signs of development were certainly visible.

Herbst had a line of eight top-5 finishes and 20 top-10 finishes with a 10th-place finish in the point standings. As stated above, the driver of the No. 98 car did not win an event but the other statistics were really solid.

The next step for Herbst is to grab that elusive victory. With drivers such as Ty Gibbs, Noah Gragson, and A.J. Allmendinger all likely moving to the NASCAR Cup Series, it opens the door for more growth in the future.

It would be surprising to see Herbst leave the organization after his jump in performance this season as next year could represent his time to win races. If so, the 23-year-old driver could be in line for a possible promotion.

Finally, the most notable driver on this list will almost surely have an opportunity to make the step to NASCAR’s top level after a very successful 2022 season.

Zane Smith represents Ford’s best prospect in NASCAR and that was evident during the 2022 season with Front Row Motorsports in the NASCAR Truck Series. Smith ended the year as the Truck Series champion.

The driver of the No. 38 truck beat out Ben Rhodes, Chandler Smith, and Ty Majeski to claim the title. It was Smith’s first championship after finishing second place in the Championship 4 over the last two seasons.

Smith had four wins, 14 top-5 finishes, and 19 top-10 finishes in 23 races this season. Plus, the 23-year-old driver will be competing in select NASCAR Cup and Xfinity races during the 2023 season too. 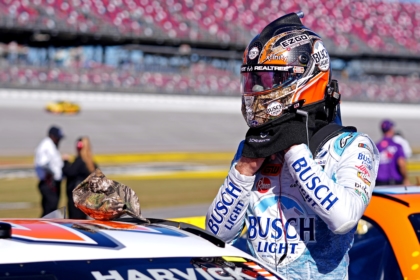 Therefore, if Stewart-Haas Racing wants to hire Smith as their driver, he will have recent experience in NASCAR’s top two levels. This could be the most reasonable jump for the young driver as well.

As of now, the organization hopes that Harvick does not end up retiring after the 2023 season. However, there needs to be a plan in place just to make sure they are not taken off guard.