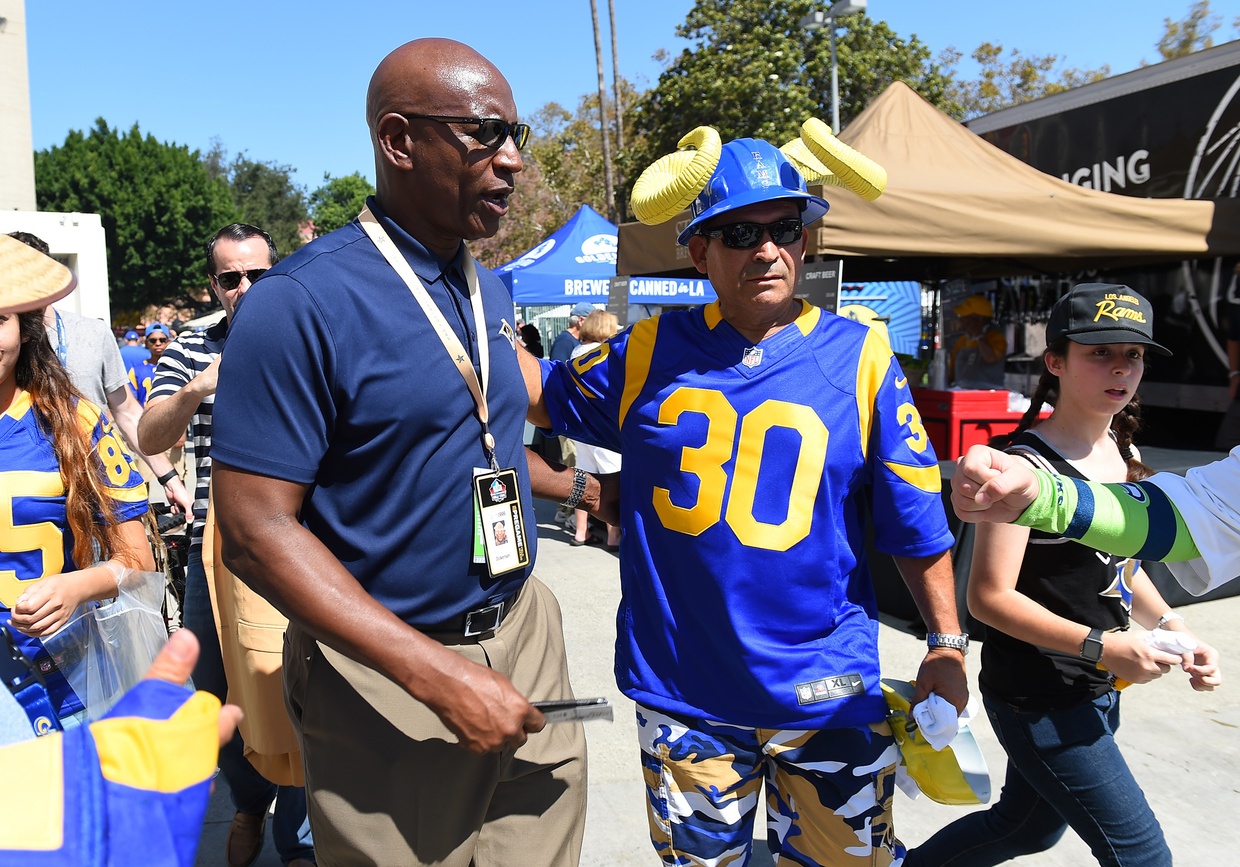 Pretty much everyone, including franchise legend Eric Dickerson, hates the new Los Angeles Rams logo, which was officially unveiled on Monday.

On Wednesday, Dickerson shared a message on Twitter in which he expressed “disappointment” with the team over its new logo and said he’d “be speaking with the Rams” on the behalf of all Rams fans who are upset about it. He also shared two alternative logos and asked fans to vote on which one is the best.

My personal view is that the logo on the right is a winner.

Back to the post itself, this is a pretty stunning development. Dickerson is perhaps the most legendary figure in Rams history, and it shows just how poorly the franchise botched this whole thing that he publicly called out the organization in this fashion.

With a brand new stadium that’s set to open ahead of the 2020 NFL season, the Rams were hoping to build up positive momentum with this new logo. Clearly, that did not happen.

Chargers have a new logo, and fans love it