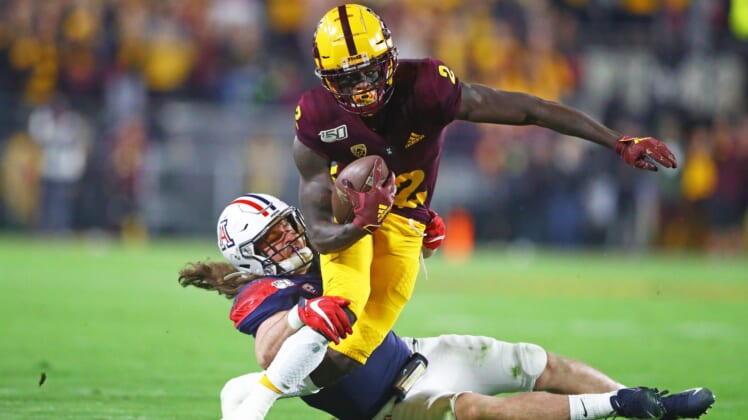 The 6-foot pass catcher hauled in 65 receptions for 1,192 yards and eight touchdowns for the Sun Devils last season. He took over for 2019 New England Patriots first-round pick N’Keal Harry as the team’s top pass catcher.

It now looks like Aiyuk could see a fall down the draft board when the virtual event starts on April 23. According to Mike Garafolo of NFL Media, Aiyuk underwent core muscle surgery on Tuesday.

As noted, the receiver’s decision to undergo surgery was made in large part due to the NFL’s off-season program unlikely to start on time due to the COVID-19 pandemic.

Though, the current situation as it relates to the pandemic complicates things for the receiver. Teams are unable to meet with prospects in person or conduct physicals. It could impact one top-end prospect. It now looks like Aiyuk will be impacted, too.

Look for him to make it out of Round 1. At that point, a fall come Day 2 could be in the cards. It’s a less-than-ideal situation for the talented receiver.