2018 Masters shaping up to be one for the books 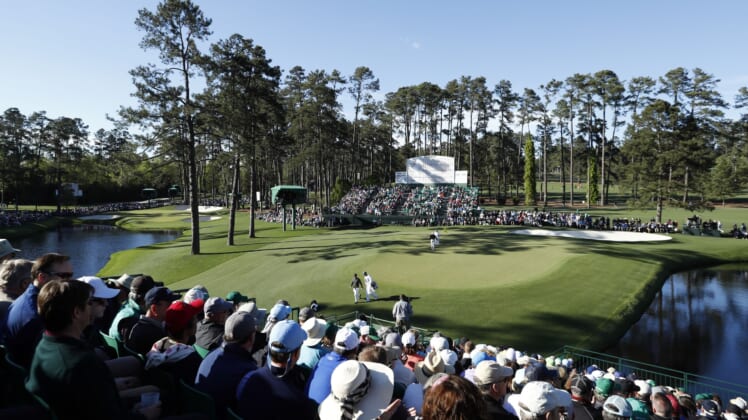 The 2018 Masters is going to be incredible. If you’ve followed golf on a relatively routine basis in 2018, you’ve probably heard that a lot. If you’re tired of hearing it, we’d suggest you find a way to get used to it. Because between now and the time the Green Jacket is decided, you’ll hear it a lot more.

Now, to be fair, the Masters is always exciting. Generally speaking, it’s the highlight of the golf season. But this year, there’s a little extra excitement to it. The number of players who will enter Augusta on a strong note is rather large. More notably, it’s overwhelmingly impressive.

Mind you, that list doesn’t even include Jordan Spieth, who’s never finished worse than tied for 11th at Augusta. It also doesn’t include Sergio Garcia. Garcia — the reigning Masters champion — hasn’t won in the U.S. in 2018. But he did win the SMBC Singapore Open and finished fourth at the Valspar Championship. So, he hasn’t exactly slacked off since winning his first major in April of 2017.

It’s an absolutely stacked field. And just think of the storylines that can potentially unfold during the second nine at Augusta on Sunday.

Rory McIlroy could be vying for his first Masters. If he’s successful, he would complete his career grand slam. Only Gene Sarazen, Ben Hogan Jack Nicklaus, Gary Player, and Tiger Woods have done that, and he’s red hot right now.

In recent years, Tiger’s pursuit of Nicklaus’ career major record has generally been hushed. It’s at times seemed unlikely that Woods would even play in four more majors, let alone win them. Frankly, him winning four more still seems unlikely. But if he finds a way to win a fifth Green Jacket, it suddenly won’t seem so outlandish anymore.

A win from Phil Mickelson would give Lefty four Masters championships, tying Woods and Arnold Palmer for second of all-time. A win from Sergio would give him consecutive Green Jackets. Only Nicklaus, Woods, and Nick Faldo have done that.

And those are just some of the historical storylines. There are so many more to think about.

Imagine how fun it would be to see Tiger and Lefty turning back the clock with a second nine battle for the ages. How amazing would it be to see one (or both) of them battling with a young gun like Spieth, McIlroy, Justin Thomas, Jon Rahm, or Dustin Johnson?

The possibilities are endless. And because of that, the 2018 Masters can’t get here soon enough.

With the opening of baseball season, the Final Four, and the Masters all happening, the beginning of April is always one of the more special times on the calendar for a sports fan. As we look towards 2018, the potential is even better than normal. We just can’t ask for anything more than that.