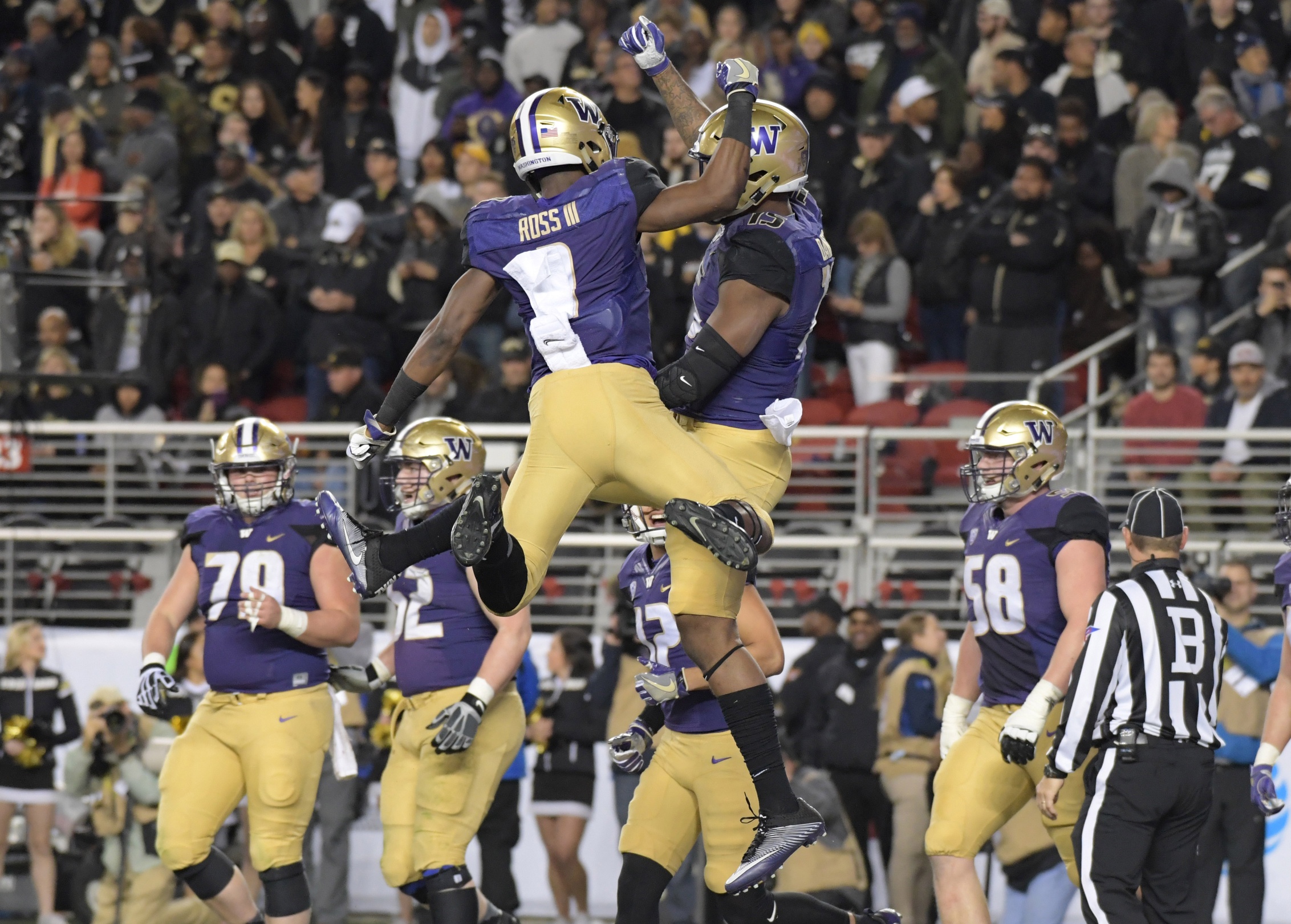 Washington receiver John Ross is out of this world talented, and his brilliance was on full display in the third quarter of the Pac 12 Championship Game.

Already up 24-7 in a game devoid of any real passing game by either team, Ross skied for a overthrown pass by Jake Browning. He made a one-handed grab for the ages that would have been a highlight-reel grab even if he hadn’t gone anywhere with it. Then he hit the afterburners and scored from 19 yards out.

Just watch this ridiculous display of athleticism and talent.

You can watch it over and over again and still wonder how in the world Ross pulled that touchdown off. It was truly spectacular. It also put Washington up over Colorado by the score of 31-7 midway through the third quarter in a completely one-sided affair.

Keep an eye out for Ross next year in the NFL, as the junior figures to be a high draft pick in the upcoming 2017 NFL Draft next April.