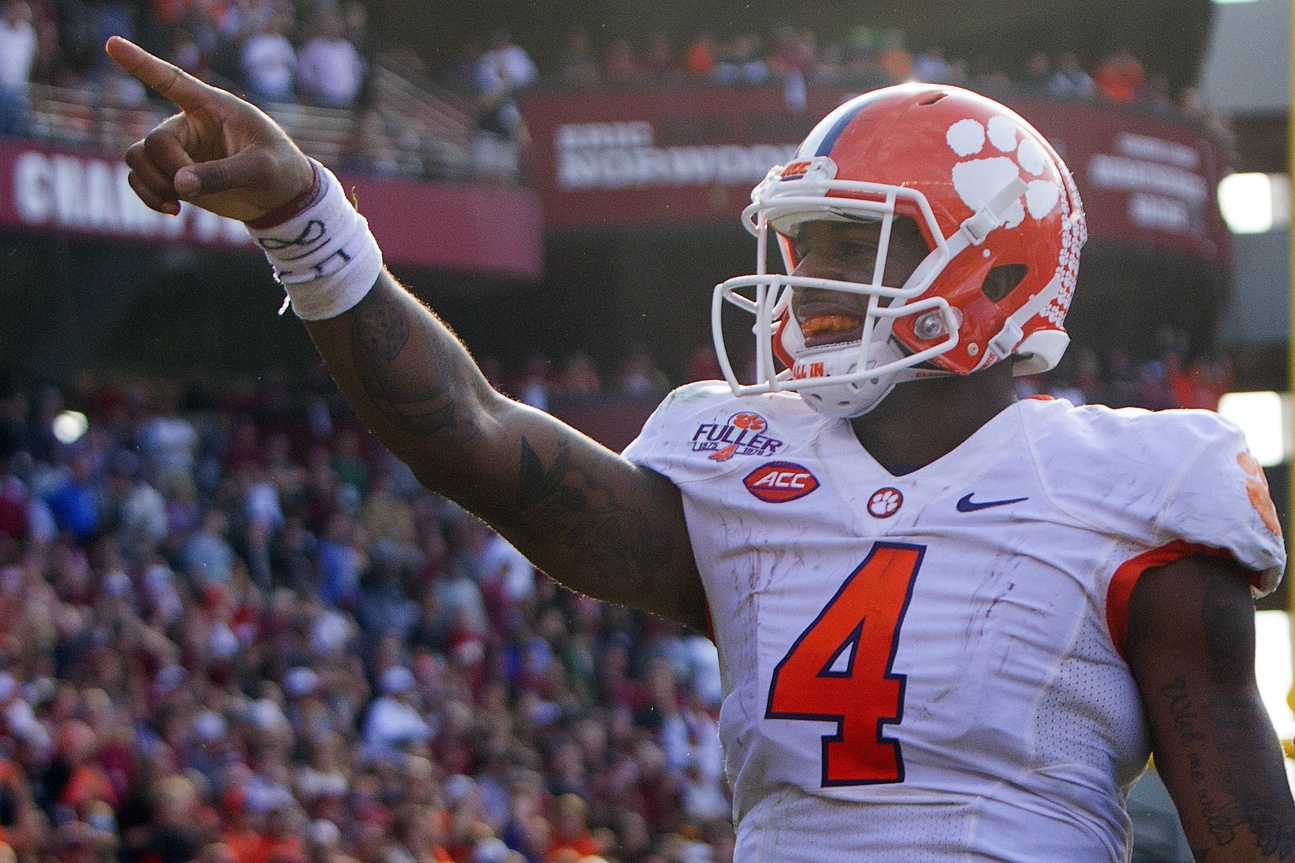 As dangerous as Clemson’s offense was last year with Deshaun Watson at the helm, the Tigers should be even tougher to handle this season. The “point of emphasis” right now and through the spring is red-zone execution, as reported by Brad Senkiw of the Independent Mail which should boost scoring.

This means Watson, already one of the top favorites to win the 2016 Heisman Trophy, could be even more deadly than he was when he combined for 47 total touchdowns last year.

“I think we got a lot more field goals instead of touchdowns than we wanted to,” Watson said about 2015. “We’ve just got to capitalize on plays and make sure everyone is on the same page and we don’t stop ourselves. That’s what we’ve been focusing on this spring.”

Clemson featured one of the most dynamic offenses in the nation last season (No. 16 in scoring with 38.5 points per game). However, as mentioned by Senkiw, the team’s 60 percent touchdown scoring rate inside the 20-yard line was far from impressive, ranking 70th in the country.

In the team’s gut-wrenching 45-40 loss to the Alabama Crimson Tide earlier this year, twice in the second half the offense had to settle for field goals at or inside the 20-yard line. Imagine if both of those had gone for seven instead of three.

Instead of falling short in the most important game of the year, the Tigers might have been national champions. Therefore it’s not surprising that the coaching staff would make improving this area a point of emphasis.

Head coach Dabo Swinney believes he has the players to put this improvement plan into action.

It takes an entire unit working together to sport a dominant red-zone offense.

Offensive linemen must win their individual battles and play together as a unit, playmakers must execute their responsibilities as well and the quarterback must make consistently sound decisions.

Thankfully for the Tigers, Watson has the talent to make things happen on his own. In order for this offense to take the next step, though, he needs to turn the ball over less and convert a higher percentage of his passes in tight spaces.

If Clemson can significantly improve its red-zone offense this offseason, then perhaps the program can finally take the final step at the end of the year and finish what it started in 2015.