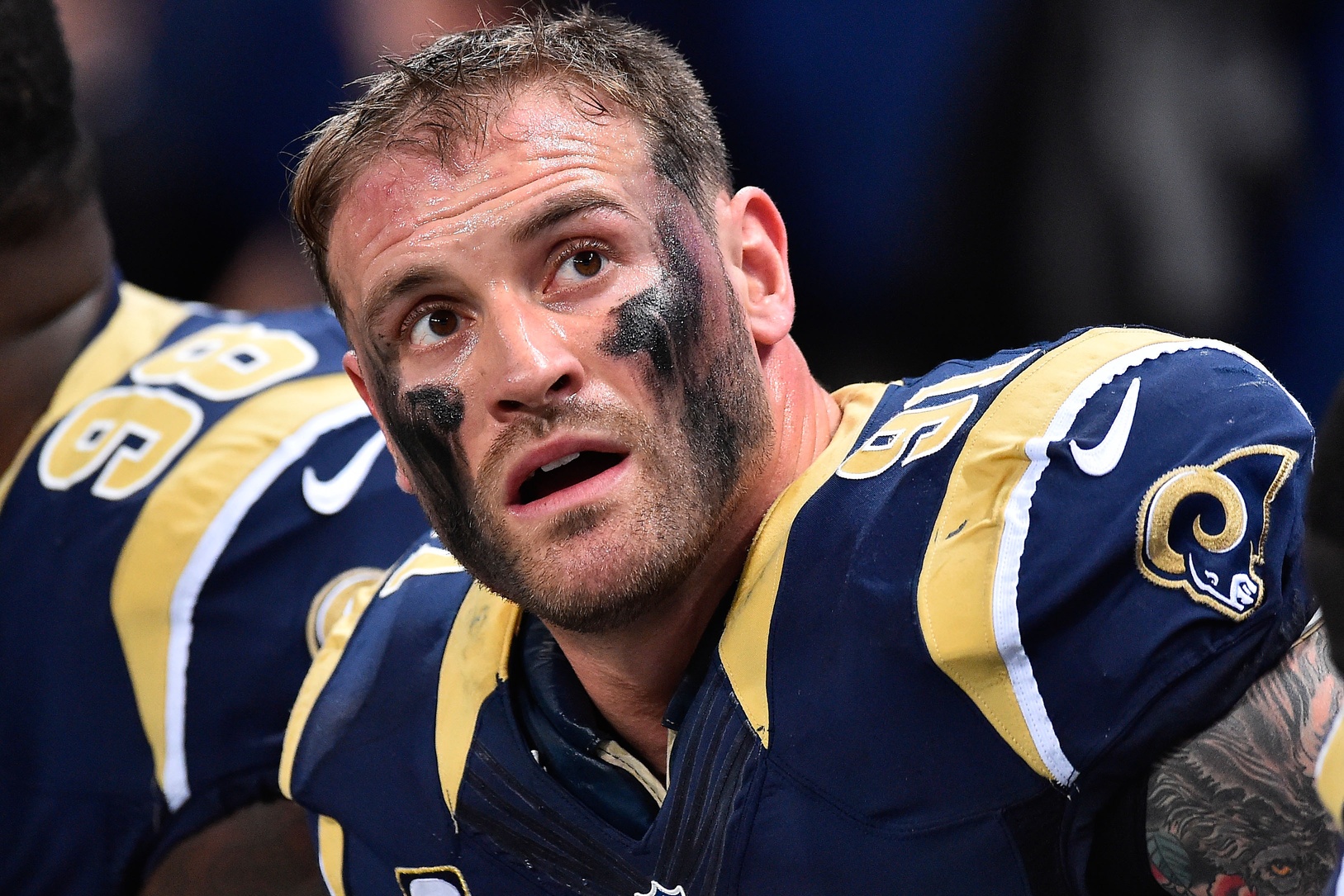 The Los Angeles Rams purged a significant amount of money from their books on Friday when they released veterans Chris Long, Jared Cook and James Laurinaitis, per Tom Pelissero of USA Today:

These moves significantly opens things up for general manager Les Snead to make some moves in free agency and they represent a potential youth movement upcoming in Los Angeles.

These three players represented three of the top four average salaries for the Rams before this move.

Of the three, the most shocking move here is axing Laurinaitis, who racked up 109 tackles, one sack, a forced fumble and an interception last year as the quarterback of the team’s defense.

Long had been struggling to perform while dealing with some nagging injuries the past couple of years and only registered four sacks in 2014-15. With that in mind, plus his heady salary, it’s not shocking at all that the Rams cut ties with the veteran pass-rusher.

Perhaps the biggest let-down is Cook, who was brought to the Rams with high expectations in 2013 but who failed to live up to them, catching just eight touchdowns in three seasons.