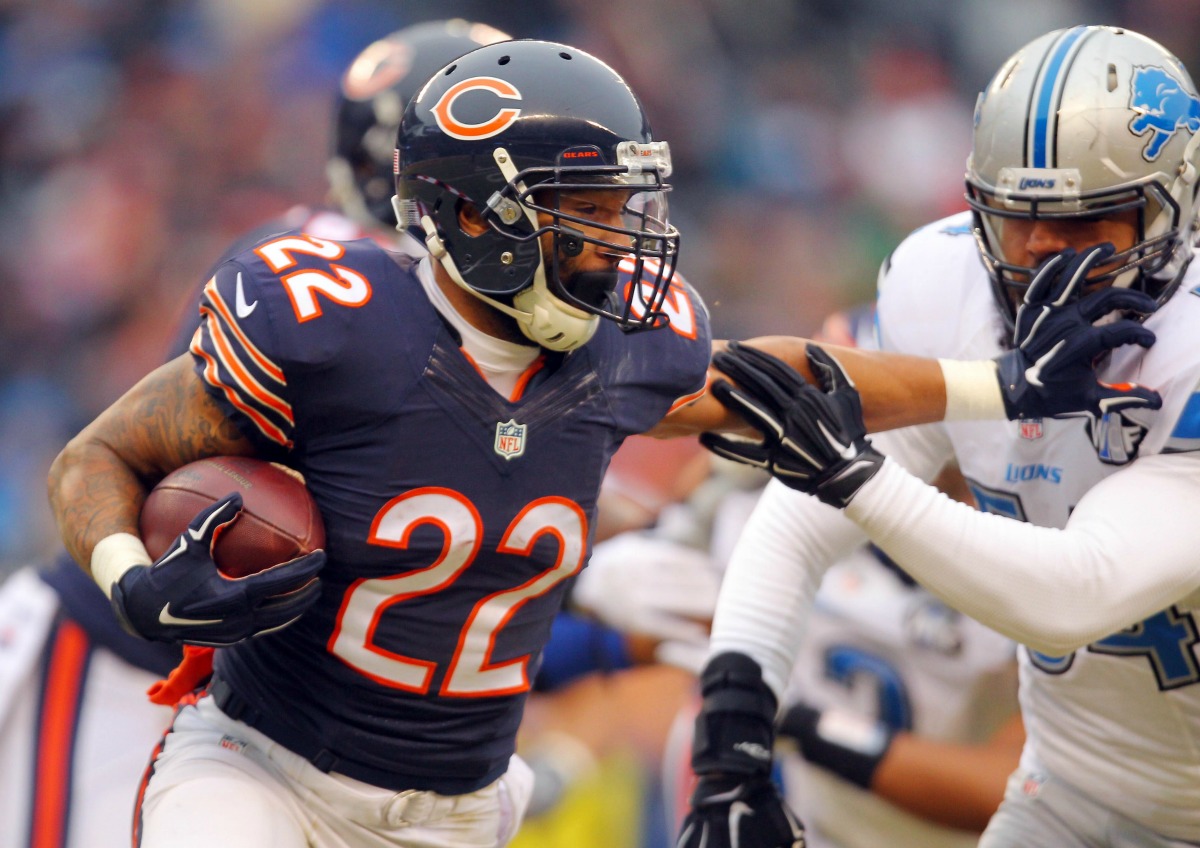 Should Chicago Bears running back Matt Forte be worried about his job with rookie Jeremy Langford performing stunningly over the past two weeks?

Not according to Forte, who is aware of Langford’s growing success but is confident he’ll still continue on with his career no matter where he plays, via the Chicago Sun Times.

“I’m not worried about it. I’ll be a free agent at the end of the year. I can continue my career no matter what happens.”

The Bears haven’t missed a beat with Forte sidelined with a knee sprain. That’s because Langford has been nothing short of amazing when filling in these past two games. The rookie has averaged an astounding 172 total yards in each of his two games and is moving the ball at an average pace of 7.2 yards per touch. Like Forte, he’s also proven quite capable of going bonkers as a receiver out of the backfield.

In Forte’s five games with Jay Cutler under center, he averaged 115.1 total yards per outing at just 4.9 yards per touch. With this being Forte’s final contract year — he currently takes up $9.2 million in cap space — the Bears could decide to let the veteran test the free agency in 2016.

Langford, at his current rookie paycheck of $570,906, is definitely a cheaper option. Forte is aware of the writing on the wall and that his time may very well be coming to an end in the Windy City.

“Chicago is kind of like that: ‘Well, see ya later, Matt.’ I’m like, ‘Man, I’ve been here going on eight years — y’all just going to throw me to the side like that?’ But that’s the nature of the NFL. And I don’t  mind. I will play wherever I end up after that.”

As for the present, Forte said he is less likely to play this Sunday at home against the Broncos because the team has a quick turn-around game on Thanksgiving evening at Lambeau Field. He stated he would have to discuss his playing ability with his trainer and coach John Fox.

Regarding what is in store for the 2016 season, Bears general manager Ryan Pace plans to wait until after the 2015 season is over to make a decision about Forte. This seems prudent considering we do not know what the rest of the season holds for Forte or Langford.

Either way, Forte doesn’t seem to be sweating it, and he is confident that another team would be interested in his services should the Bears let him walk.

As outside spectators, we can only envision how awesome a Forte/Tom Brady combination would be in 2016.