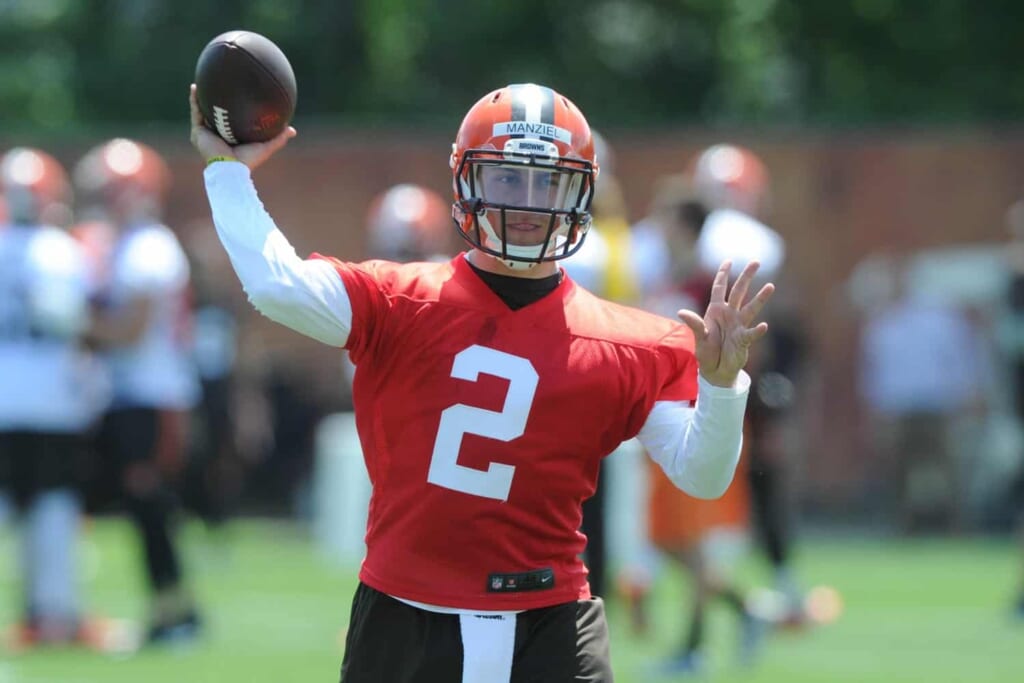 As far as we know, the Browns plan to have Manziel sitting up on the shelf like a rarely touched knick-knack this season.

However, starter Josh McCown could go down with an injury or could flat-out stink up the joint. After all, when McCown started with the Tampa Bay Buccaneers last season, he completed only 56.3 percent of his passes and threw 14 interceptions to only 11 touchdowns in 11 game starts. That’s quite horrendous. And, he recorded an awful 1-10 win-loss record.

Is McCown going to suddenly going to evolve into Andrew Luck playing with the Browns this year? Certainly not. That’s why it is not totally unthinkable that the Browns might try kicking the tires on Johnny Football once again this year. The guy does have the ability to make some pretty fantastic plays.

If McCown plays as poorly as he did last year starting for the Bucs, things for the Browns really couldn’t get much worse with Manziel under center. And, at some point, head coach Mike Pettine needs to find out if Manziel is worth keeping around for the long haul or if he’s just the team’s next big miss at the quarterback position.