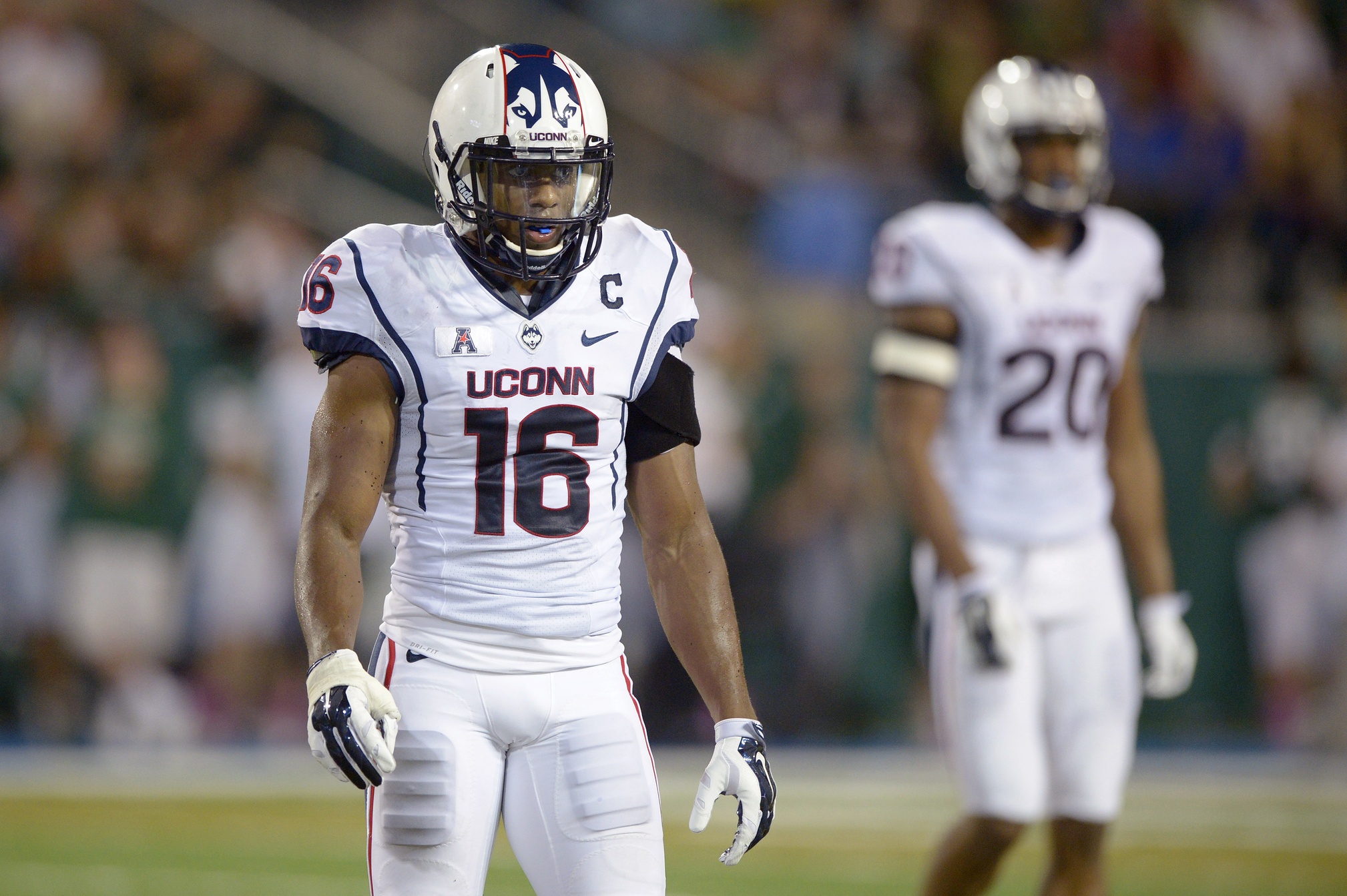 Dallas Cowboys team president Stephen Jones sees rookie cornerback Byron Jones as a means to a rather grand end. He believes Jones gives the ‘Boys a chance to look more like the Seattle Seahawks on defense.

After praising the versatility of Jones, who played some free safety at the University of Connecticut, the heir to the Cowboys empire talked about the young man’s other attributes:

“We do think with what we’re wanting to do with our corners, which is really press, not unlike what you see with the Seattle Seahawks with their long corners, which is really get athletic corners that can run,” Jones said, per Jon Machota of The Dallas Morning News. “They’ve got long arms, they can make plays on the ball. We think Byron fits all of the above.”

Given the outrageous success the Seahawks have enjoyed the past few years, thanks in large part to the “Legion of Boom” defensive secondary, it’s not surprising Jones would be attempting to replicate their success.

Jones has the physical tools to make a name for himself in a press-man system.

Known for his outrageous, record-breaking 12-foot-3 broad jump at the combine, Jones is a physical specimen who just oozes athleticism. He posted top-five numbers in every combine event he entered, and at 6-foo1 and 199 pounds, he possesses ideal size for an NFL cornerback.

Stephen Jones doesn’t just view Byron Jones as a corner, though. He’s not under any illusions about his team’s roster. He understands the Cowboys don’t currently have a free safety with range like Earl Thomas, which is a key component to featuring a Seahawks-style defense.

“Byron allows us to have a couple of options. Not only to have a big physical corner but also if the situation presents itself, to be very competitive as a free safety for us as well.”

Brandon Carr and Morris Claiborne have both proven to be disappointments after joining the Cowboys with big expectations. If Jones can break this recent trend and provide this franchise with stalwart play on the corner or as a free safety, then Dallas will be in excellent shape to make a deep run in the playoffs.