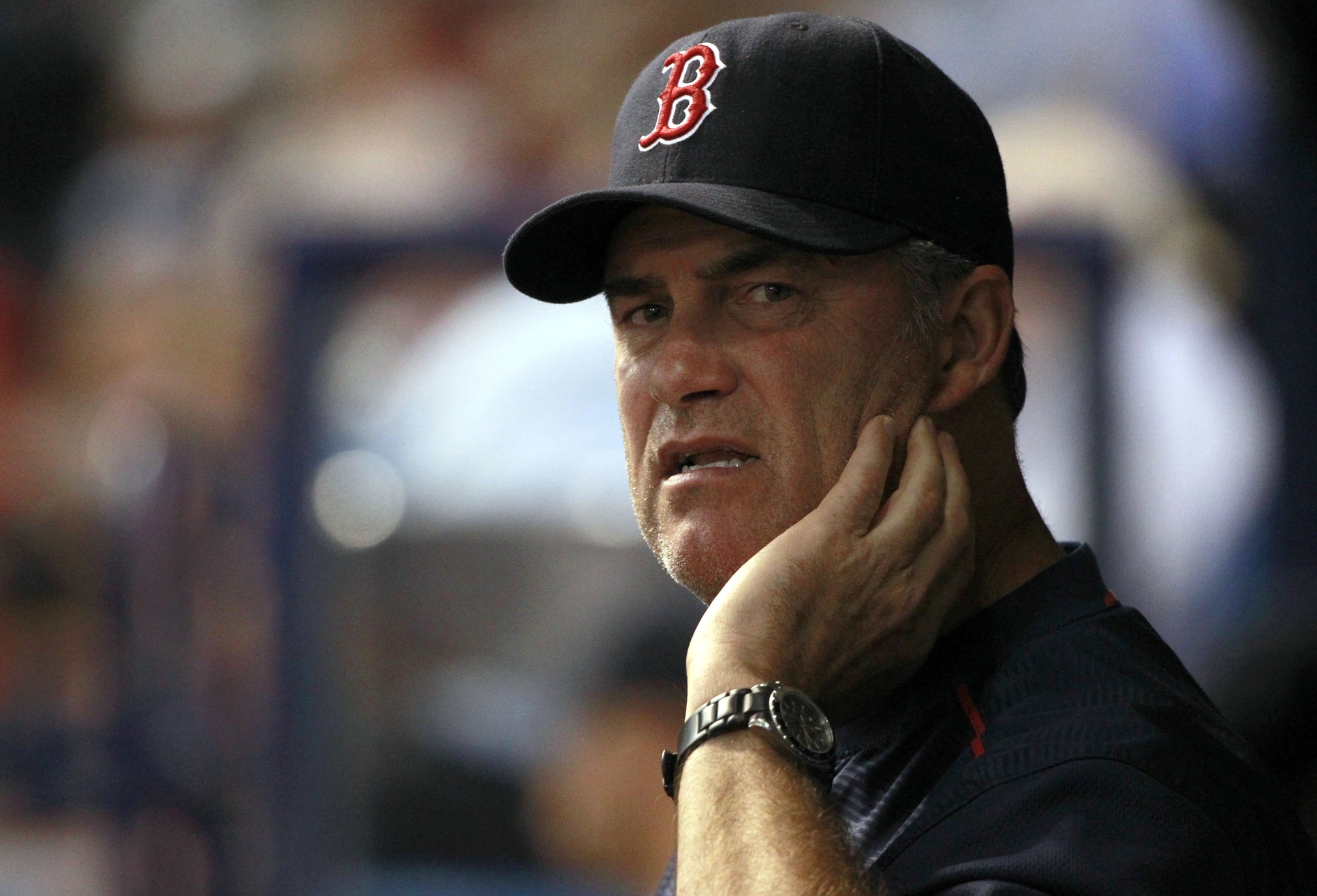 We recently checked in on the eight biggest surprises of the MLB season. From perennial last place teams leading their divisions to a couple youngsters stepping up through the quarter point of the year, there has been some pleasant surprises.

On the other end of the spectrum, there has been just as many disappointments. Veterans with a ton of past success behind them have failed to live up to expectations. While a handful of previously solid teams are wasting away near the cellar in their respective divisions.

Let’s take a look at the eight biggest disappointments about a quarter of the way through the Major League Baseball season.

After struggling through the second half of the 2014 campaign and losing to the Kansas City Royals in a wild card playoff game, A’s general manager Billy Beane decided to blow things up. While most figured Oakland would struggle to earn a fourth straight playoff appearance, no one really expected this.

Now coming off three consecutive wins, Oakland still stands at 17-30 on the season and 12.5 games behind the Houston Astros in the American League West. That’s good enough for the second-worst record in baseball. Despite some good individual performances, the A’s on-field play has been disastrous.

Oakland ranks dead last in the Majors in fielding percentage, having already racked up 46 errors in 47 games. This comes on the heels of the A’s ranking 29th of 30 teams in fielding percentage last season. Oakland’s bullpen has also racked up eight blown saves in 13 opportunities thus far this season. These are two of the primary reasons why Beane and company may very well go into fire-sale mode instead of looking to rebound as the season progresses. Oakland may have some nice young talent, but it’s not happening in 2015.

Many figured that the Padres made a heck of a deal to acquire an elite-level closer to fortify the back end of their bullpen. After all, Kimbrel had racked up 185 saves over the past four seasons while yielding 11 earned runs or less each year. About a quarter of the way through the 2015 campaign, this All-Star closer has yielded 10 earned runs and boasts a 5.63 ERA in 18 appearances this season. He’s also posting a 1.44 WHIP this year compared to a remarkable 0.77 WHIP over the previous three years.

At 21-25 on the season, San Diego needs its All-Star closer to perform up to expectations if the team has any chance to contend in the National League West moving forward in 2015.

After acquiring the likes of Pablo Sandoval, Hanley Ramirez, Rick Porcello and Wade Miley in the offseason, common logic suggested that Boston would be able to bounce back from a last place finish in 2014. Through the quarter point of the 2015 campaign, that just hasn’t happened.

While still very much in the American League East race, Boston currently sits at three games under .500. And its heavy hitters just haven’t performed up to level. Sandoval (.266), Ramirez (.263), David Ortiz (.221) and Mike Napoli (.211) are all hitting well below their career averages. Overall, Boston’s offense ranks 11th in the American league in runs scored and 12th in batting average.

Pitching wise, it hasn’t been much better. Rick Porcello (5.07), Clay Buchholz (4.58), Justin Masterson (6.37) and Joe Kelly (6.24) are all putting up substandard ERA’s up to this point. As it relates to Porcello, he’s given up 31 earned runs in just 55 innings pitched. That’s not exactly living up to the four-year, $82.5 million extension he just signed back in April.

Even playing in what has been a mediocre division, Boston needs to step up all over the field if it wants to contend for a playoff spot. At this point, individual struggles are impacting the team’s overall play. That needs to change.

This former American League MVP has seen all of his major statistical numbers take a major hit this season. Cano, who has hit .300 or better in each of the past six years, is hitting just .253 with one homer and 13 RBI’s in 44 games. His on-base percentage currently sits at .297 while his slugging percentage is at .337. That’s simply not going to get it done.

As the highest-paid player on the Mariners at $24 million per season, the 32-year-old infielder needs to step his game up big time. If that doesn’t happen, Seattle will come nowhere close to competing for a division title as the season progresses. You can take that to the bank.

Yet another team that set out to improve off a disastrous 2014 campaign by spending a boatload of cash during the winter, Chicago has yet to see if pay off on the field. The White Sox are currently four games under .500 and eight games out of first place. They rank dead last in the American League in runs scored and home runs. They are also in the bottom half in the league in batting average (ninth), on-base percentage (12th) and slugging percentage (15th).

The new additions aren’t helping out here. Melky Cabrera is hitting .241 with one homer and 15 RBI’s. Meanwhile, Adam LaRoche boasts a ridiculously low .208 average with a 37 percent strikeout rate. More than anything else, these two players need to step up if the White Sox are going to contend for a playoff spot down the stretch.

In reality, it’s been an extremely disappointing past couple seasons for Gonzalez. Just two years removed from an All-Star game appearance, Gonzalez is now a liability at the plate in Colorado—something that’s not an easy feat. He’s hitting just over .200 with four homers and 13 RBI’s. That puts the former MVP candidate on pace to drive in about 55 runs in 640 plate appearances (one per 11.6). To compare for a second, Gonzo put up one RBI per 7.4 plate appearances in 2014, a season that saw him hit just .238.

Playing under a seven-year, $80 million contract, Gonzalez is on pace to earn over $207,000 per RBI this year. That’s not going to cut it.

Price: "I apologize for anybody that drove up from Cincinnati to come out and watch us play because this was brutal." #reds

It might be time for general manager Walt Jocketty and company to blow it up. With pretty much the same core in place as the Reds squads that earned back-to-back playoff appearances in 2012 and 2013, this current team is struggling big time. Losers of nine in a row, Cincinnati finds itself much closer to the last place Milwaukee Brewers than the first place St. Louis Cardinals in the National League Central.

For all intents and purposes, it’s not really the core that has struggled up to this point. Brandon Phillips is hitting a strong .296 while Joey Votto is on pace for 25-plus homers and a near .290 average. Heck, Todd Frazier has nailed 13 homers in 43 games. Instead, it’s the pitching that’s been downright dreadful. The Reds’ staff ranks 13th in the National League in ERA, 13th in strikeouts, 11th in WHIP and boasts a 5.50 ERA in the team’s 26 losses up to this point.

Currently 8.5 games out of first, it might just be time for the Reds to move on from believing they can contend. If that happens, anyone from Phillips to Johnny Cueto should be available for trade. At the very least, that would help replenish a weak farm system.

Consistently good would be the best term to describe Sabathia’s Hall of Fame worthy career. He’s put up 14-plus wins nine times and double-digit victories 13 times in an amazing 15-year career. But it now appears that age is finally catching up to this imposing lefty. At nearly 35, Sabathia hasn’t been anything more than a mediocre starter since 2012. After missing the vast majority of last season with injury, the six-time All-Star just hasn’t found his groove this year.

In nine starts, Sabathia leads the American League in losses (six) and boasts a 5.47 ERA. He’s tallied a 1.417 WHIP and has just four quality starts in nine outings. Unfortunately for the Yankees, this might just be it for Sabathia, who has thrown a ridiculous 2,875 innings in his career.