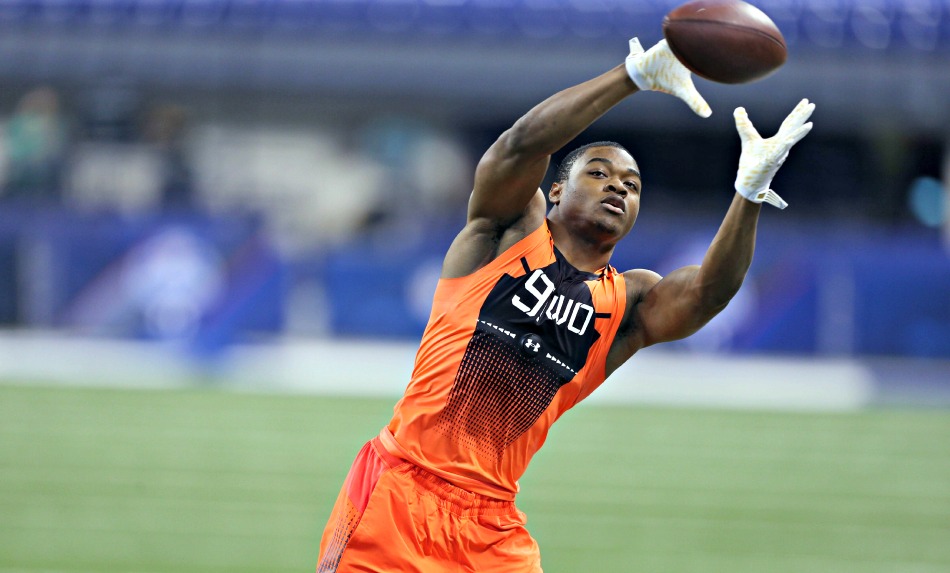 Former Alabama wide receiver and first-round lock Amari Cooper is set to visit the St. Louis Rams on Wednesday, according to Jim Thomas of the St. Louis Post-Dispatch.

Cooper was among three players to visit Rams headquarters, the others being a pair of offensive tackles: Andrus Peat of Stanford and Jamon Brown of Louisville.

It’s thought that Cooper could go as high as the top five on Day 1 of the NFL draft, perhaps to the Oakland Raiders at No. 4. But St. Louis holds the 10th pick and could realistically land the college star, depending on what happens at the top of the draft. The team traded quarterback Sam Bradford to the Philadelphia Eagles for quarterback Nick Foles, a move that shocked many and would have been thought an April Fools’ Day joke had it taken place on Wednesday.

Foles will start for head coach Jeff Fisher’s Rams and, as of now, there isn’t much talent at receiver. Former top-10 pick Tavon Austin has shown potential in two seasons, but he may not ever be the No. 1 option general manager Les Snead thought he was getting when he traded a second-, third- and seventh-round pick to the Buffalo Bills to move up from 16 to eight in 2013.

Cooper can be that No. 1, and should he fall to Snead at 10 there is a very real possibility the fourth-year Rams GM pulls the trigger on him—the decision may not take as long as it took Cooper to run the 40-yard dash at the combine (4.42 seconds).

In three years in Tuscaloosa, Cooper hauled in 228 receptions for 3,463 yards (15.2 yards per catch) and 31 touchdowns. He is the all-time leading receiver in Alabama team history, and he’s about to make a NFL quarterback very happy.