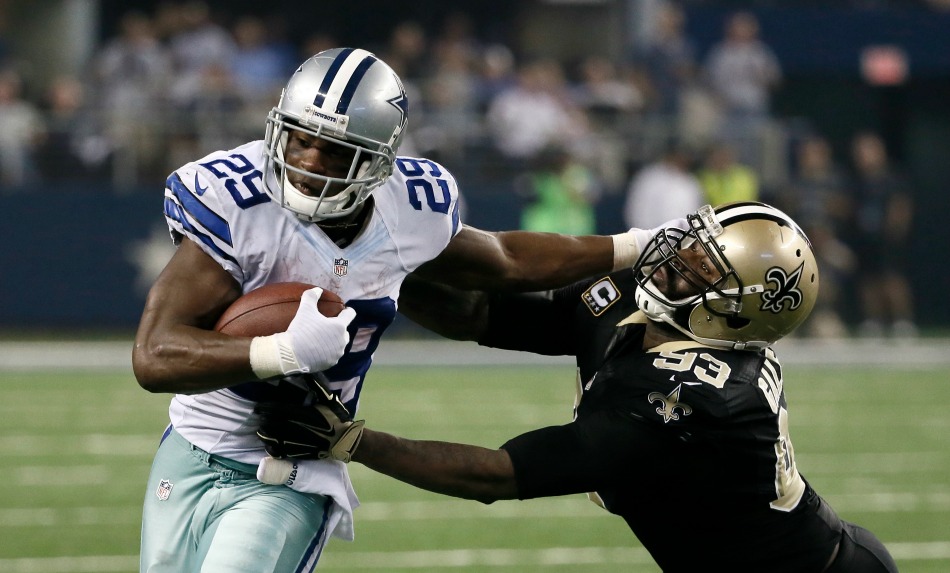 The divisional round wraps with a dandy on Sunday, as Andrew Luck leads his Indianapolis Colts into Denver to face his predecessor, Peyton Manning, and his Broncos. This is the first time Manning will face his former team in a playoff game. He’s 1-1 against them in the regular season. So without further ado, let’s go over the top-five storylines that will emerge from this game.

This should be a great battle all day, as these two perennial Pro Bowlers face off. Thomas has emerged as a top-five wide receiver in the NFL, and Davis has really found a nice niche in Indianapolis after being traded by the Dolphins. Manning will likely try to get Thomas involved early, as is usually the case. Look for a few quick bubble screens and short slants. There is nobody better in the NFL at gaining yards after contact (YAC) than Thomas. He is a physical specimen at 6’3″, 235 pounds, and is extremely difficult to bring down in the open field. Corners have had trouble with Thomas all season, which is evident by his 111 receptions and 11 touchdowns. Davis is in for a long afternoon

Since Ronnie Hillman sprained his foot in week 10, Anderson took control of the reigns and hasn’t looked back. He’s been so good in fact, that the Broncos have revamped their whole offense, mainly by making him the focal point. In his seven weeks as the starter, Anderson has amassed two 160-plus yard rushing games and two three-touchdown games. He’s been a really nice find for Denver, who is slowly trying to prove to people that it isn’t a pass-first team anymore.

As for this weekend, Anderson should have his way with this poor Colts run defense. In case people forgot, this is the same team who allowed Jonas Gray to rush for 201 yards and four touchdowns earlier in the year. Denver’s offensive line should bully the defensive front of Indy and create running lanes all over the place. Anderson is in line for 100-plus all-purpose yards on Sunday.

You hear a lot of mixed opinions on Andrew Luck. While some think he’s the next Joe Montana, others believe that he may never amount to anything more than an above-average NFL quarterback. Those people also believe that he turns the ball over too much, which in reality, is the truth. However, I would tell those people to go look at Peyton Manning in his first few years in the NFL. The turnover numbers are very similar. As Luck ages and matures, the turnovers will come down.

Before it’s all said and done, I believe Luck will go down as one of the top-10 greatest quarterbacks to ever play the game. He has all the physical tools that you want in a franchise signal caller. Luck just finished his third season in the NFL with 4,761 yards and a whopping 40 touchdowns. Not many third-year players put up these kind of gaudy numbers. There is literally nothing stopping him from achieving great things in this league, its just a matter of when.

As for this week, he will look to prove his detractors wrong as he leads his Colts into Denver where they are seven point underdogs. Can the heir overthrow the king? Can Luck beat Manning in his own building? There is a lot riding on this game for both sides.

4. Is Peyton Manning a playoff choker?

That question may be a little harsh considering he does have a Super Bowl ring, but there are plenty of people out there who believe this too be true. To be fair, despite the Super Bowl, Manning is a mere 11-12 in the playoffs with 24 interceptions and a modest 37 touchdown passes in 23 games. He is no question the greatest regular season quarterback in history. Manning has the most touchdown passes in history, and the second-most passing yards in history.

But despite all that, something always goes wrong for Manning in the postseason. It’s literally unexplainable. If he beats the Colts at home this Sunday, a date with either the Patriots or Ravens looms. Two teams that have had playoff success against him in the past. So this is just step one of the journey for Manning, one that hopefully for him, will end in Phoenix with him hoisting the Lombardi Trophy.

5. Is this Adam Gase’s final game with the Broncos?

Rumors are swirling everywhere that Broncos offensive coordinator Adam Gase will leave the team to become a head coach somewhere else next season. Reports say that he’s already interviewed with the 49ers, Bills, Bears, and Falcons. Gase, 36, is a young and up-and-coming football mind in this league, especially on the offensive side. He’s been the Broncos offensive coordinator for the past two seasons, finishing in the top five in points and yards both years. Simply put, the man knows how to coach offense, and there are more than a few teams that are willing to bet their future on him. So we could very well be watching his final game with Denver on Sunday.