A total of 26 former NFL players, coaches and executives were announced as semifinalists for the 2015 Pro Football Hall of Fame earlier this week. That number will be narrowed down further in January before the inductees are announced during Super Bowl week in February.

To say that this is a rather strong semifinalist group would be an understatement. But as we have seen in previous years, there are going to be some major snubs here. Since 2006, there have been between six and seven inductees each year.

Here are our predictions of those who will be inducted into the Pro Football Hall of Fame when all is said and done. 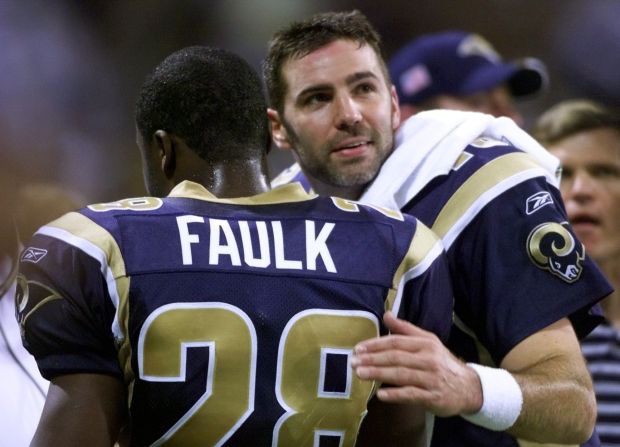 Courtesy of ESPN: Number lie here, Warner is a Hall of Famer

Warner led his clubs to two Super Bowl appearances and one championship in parts of 11 seasons as a starter. And while he didn’t really join the NFL ranks until the ripe age of 28, Warner proved that he belonged with the big boys. He threw 20-plus touchdowns six different times and surpassed the 4,000-yard mark three times. After struggling through down seasons between 2002-2006 with the Rams, Giants and Cardinals, Warner found himself in the midst if a rejuvenation with Arizona in 2008. He led the team to a 9-7 record and a playoff spot before putting up one of the best postseason performances in recent history. Warner threw 11 touchdowns en route to a close Super Bowl loss to the Pittsburgh Steelers. A loss that remains controversial to this day.

The numbers might not be there to suggest that Warner played at a high enough level for a long time, but his ability to overcome early-career failures has to be taken into account here. Warner was first released by the Green Bay Packers in 1994 before stocking shelves at a local grocery store in Iowa. After existing in relative darkness in the Arena Football League, Warner finally made his name known at 28 years old. He’s an unlikely story. And to be honest, he’s a story made for Canton. There is no way Warner is not inducted into the Hall of Fame come next summer. 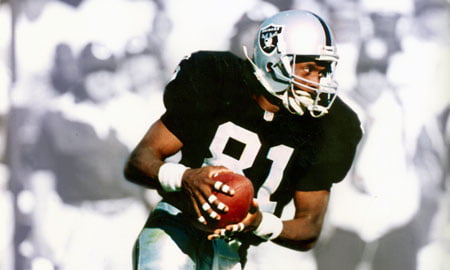 Courtesy of Raiders.com: There is no reason Brown has yet to be inducted into the Hall of Fame. None.

Brown has been a finalist in each of the last four seasons, which is a downright travesty. He deserved to be a first-ballot Hall of Famer, and there is not a single person out there that can tell me otherwise. Brown put up 1,000-plus receiving yards nine times, was a nine-time Pro Bowler and was named to the NFL’s 1990’s All-Decade Team.

He ranks fifth on the all-time reception list, sixth in receiving yards and is tied for seventh all-time with 100 touchdowns. There might have been better receivers in the NFL during Brown’s playing days, but he was as consistently great as anyone out there. And as with many former Raiders, it seems that the Hall of Fame has something against Brown. In order to right a wrong, he must be inducted this year. It’s that simple.

It really is a toss-up between Holt and his former teammate Isaac Bruce. And while it’s possible that both are inducted, the Hall of Fame needs to find room for Brown this year. Holt upped his game to near historic levels with Kurt Warner under center. From 2000-2003, the former first-round pick from North Carolina State put up 371 receptions for nearly 6,000 yards. Those are some ridiculous numbers for a four-year span. Overall, Holt put up 1,000-plus yards in eight consecutive seasons, caught 90-plus passes six times and earned seven trips to the Pro Bowl. For all of this, he deserves to be a first ballot Hall of Famer.

When the Rams made Pace the first overall pick in the 1997 NFL draft, it was readily apparent that he was destined for a Hall of Fame career. In 12 seasons with St. Louis, Pace earned seven Pro Bowl trips and three First-Team All-Pro honors. He was tasked with protecting the immobile Kurt Warner before being forced to protect another less-than-athletic quarterback in Marc Bulger. All the talk of “The Greatest Show on Turf” surrounds the skill position players that made up the Rams dynamic offense, but Pace was as valuable as any of them. 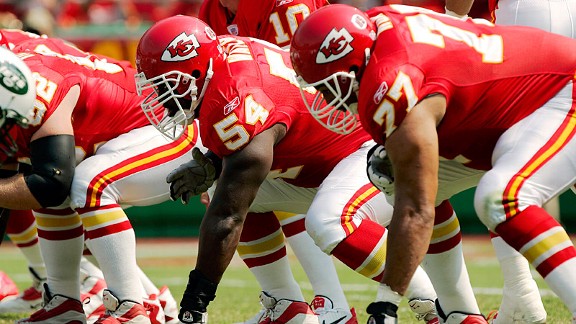 Courtesy of ESPN.com: Will Shields was among the most dominating guards ever.

Along with Junior Seau, pretty much the only real lock to earn an induction this year. Shields is among the great interior offensive linemen to ever play the game. He earned 12 consecutive Pro Bowl trips from 1995 to his retirement in 2006. He also helped lead the way for some amazing seasons from Priest Holmes (over 6,540 yards and 61 touchdowns from 2001-2003) and Larry Johnson (nearly 4,300 yards and 40 touchdowns from 2005-2006). That in and of itself should tell you what you need to know about the all-time Kansas City Chief great.

It’s a crying shame that Haley has been a finalist in each of the last five years. He helped revolutionize the pass-rush position in the NFL. From 1986-1991 with the San Francisco 49ers, Haley tallied 63.5 sacks and won two Super Bowls. After moving on to the rival Dallas Cowboys in 1992, Haley proceeded to put up 33 sacks in four seasons, winning three more Super Bowls in the process. After sitting out almost three years, Haley came back in the 1999 season to help San Francisco to a playoff spot. He was a pure winner in every sense of the word, and a dominating pass-rush specialist on teams that needed it the most. 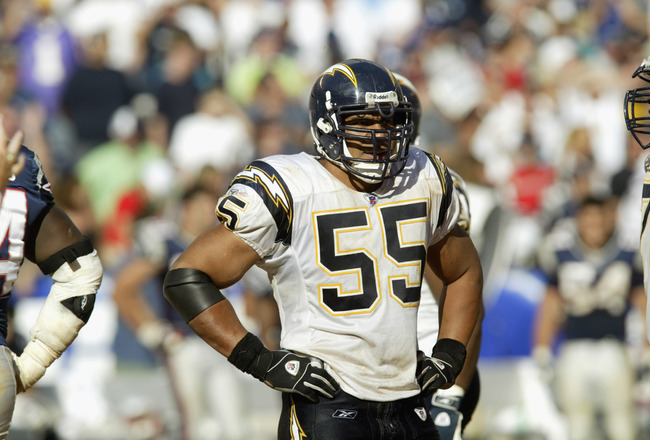 Long before Seau tragically took his own life in 2012, he was known as one of the all-time great linebackers. The former All-American at USC was a Day 1 starter for the San Diego Chargers, tallying over 200 total tackles and eight sacks in his first two NFL seasons. From that point on, Seau’s presence was known around the league. He finished with 100-plus tackles nine times, earned 12 trips to the Pro Bowl and was named First-Team All-Pro six times. His passion on the field helped many different defenses dominate throughout his career, including a 2007 New England Patriots squad that finished the regular season undefeated. One of the all-time greats, Seau will be inducted into the Hall of Fame posthumously next summer. That’s not even in question.