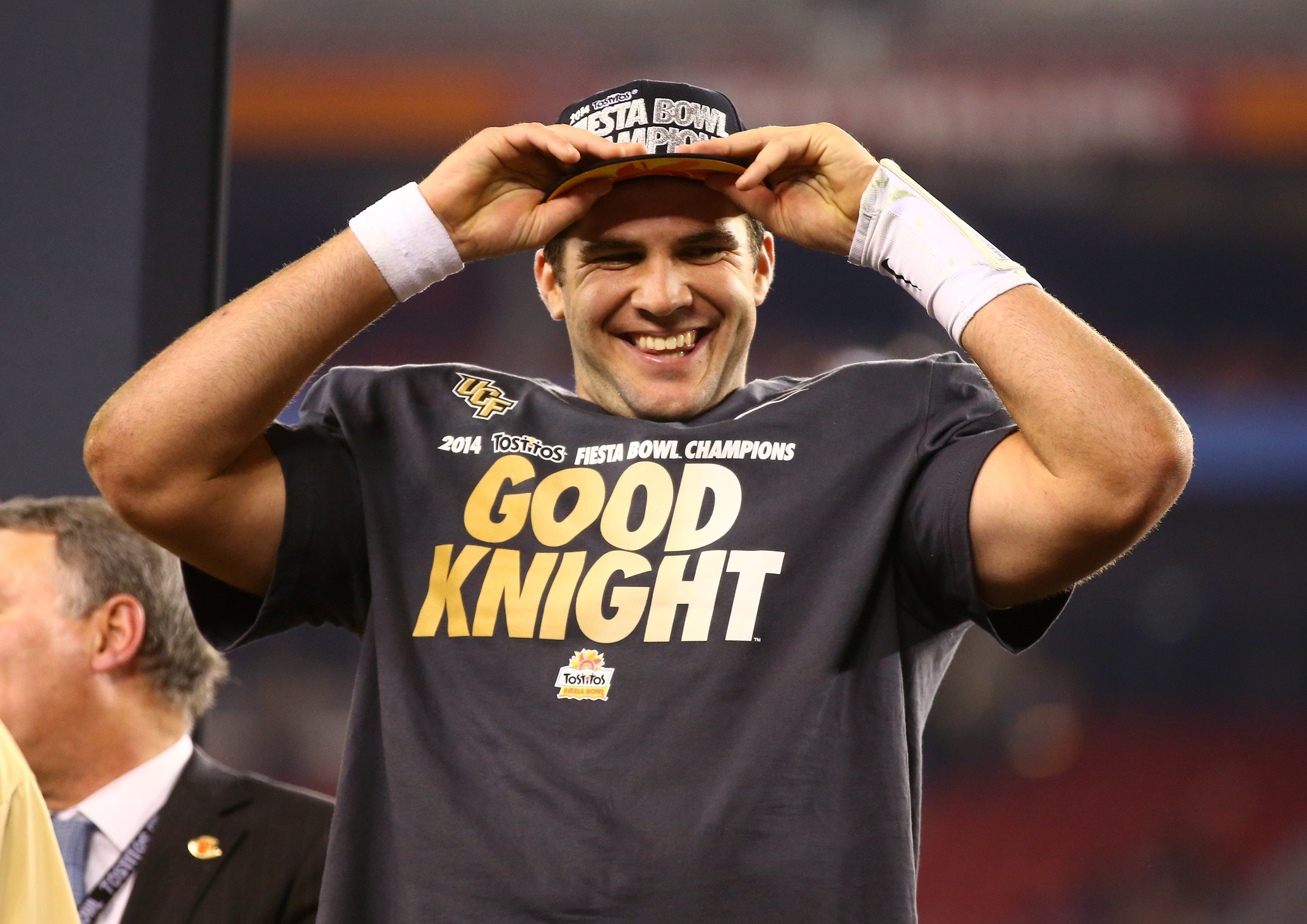 Upon completing his pro day, the 6’5″ tall Central Florida quarterback Bortles seemed pretty impressed at what he accomplished in front of coaches and general managers from several NFL teams. It’s obvious this quarterback thinks he should be the overall No. 1 draft pick..

in the upcoming NFL draft. I wish it was up for me to decide. I’d take me,” Bortles told USA TODAY Sports after his pro day workout Wednesday. “But it’s no telling.” According to this mock draft, Bortles is the first one off the draft board, going to the Houston Texans.

The Minnesota Vikings had seven representatives attend the pro day. Clearly they have the need for enhancement at this position. However, it would take a trade up seven spots.

At the conclusion of the day’s exercises, Bortles said. “This was a huge day. I was so pumped to come out here and throw. I thought I did well.”

With less than two months until the NFL draft takes place. What team do you think lands Bortles? I’m kind of thinking the Texans may just snag him. However, the Jaguars, Vikings and Raiders have huge needs too.