From guacamole to which team hasn’t seen a Super Bowl in 46 years, please enjoy some fascinating facts and trivia surrounding Super Bowl XLIX and those of the past.

Along with cheap advertising, the average cost of a ticket was only $6.

3. The biggest point margin in a Super Bowl win was 45 points.

This occurred in Super Bowl XXIV when the San Francisco 49ers beat the Denver Broncos by a whopping score of 55-10. Kind of makes us think of last year’s Super Bowl wipeout for Denver.

That’s a ton of money being made in Vegas. In fact since 1991, there have only been two Super Bowl games that caused Vegas to lose money. One was Super Bowl XXIX when the 49ers beat the Chargers 49-26, causing Vegas to lose $396,674. The next loss was more recent in Super Bowl XLII when the New York Giants upset the New England Patriots 17-14.

6. The Super Bowl players don’t play the game for free.

Winning the Super Bowl is the ultimate prize. In addition to that gorgeous ring the guys take home, they receive $97,000. The losers don’t walk away empty-handed either, taking home $49,000 each.

7. Talking Super Bowl pay days, these teams lead with the most wins.

Not to be confused with Tom Brady’s six appearances, the Pittsburgh Steelers hold the NFL record with six wins. The San Francisco 49ers and Dallas Cowboys come in with five each.

8. Only once has an opening kickoff been returned for a touchdown.

This occurred in Super Bowl XLI when Chicago Bears’ rookie wide receiver Devin Hester ran for 92 yards in a kickoff return against a Peyton Manning-led Colts team. Despite this, Indianapolis ended up winning the game.

9. Speaking of firsts, Tony Dungy was the first African-American coach to claim a Super Bowl victory.

This happened in the above-mentioned game when the Colts beat the Chicago Bears 29-17. Dungy’s words following the win are awesome.

Being the first African-American coach to win it. I have to dedicate to some guys before me — great coaches I know could have done this if they had gotten the opportunity. Lovie and I were able to take advantage of it. We certainly weren’t the most qualified.

If it wasn’t Dungy, it would have been Lovie Smith earning this prestigious recognition. 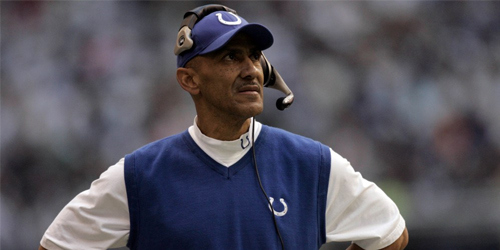 10. While we’re thinking of  Super Bowl wins, exactly how much does the Lombardi trophy weigh?

If it looks easy to hoist that trophy into the air upon a Super Bowl victory, that’s because it is. The trophy, which is made of sterling silver and designed by Tiffany, only weighs seven pounds.

11. Now that we’re talking about pounds, ever wonder how many pounds of chicken wings are consumed on Super Bowl Sunday?

Recent reports show that 1.25 billion pounds of wings are eaten on this day. To break it down a bit further, it averages out to four wings a piece for every person in the United States. Obviously every person in the world won’t eat a wing on Sunday, so if you are, you’re probably eating a heck of a lot more than four of those greasy little things.

12. Super Bowl Sunday is the second-largest food-consuming day of the year behind Thanksgiving.

We already know we eat way too many wings on this football holiday, so here are a few other snacks and drinks for which astonishing amounts are consumed.

We reportedly eat 11 million pounds of chips (and chips are light), 80 million avocados, and drink 325 million gallons of beer. To get a visual on the beer, that would be enough to fill 1,938 Olympic-sized pools that hold 630,000 gallons each. Full, or drunk yet? 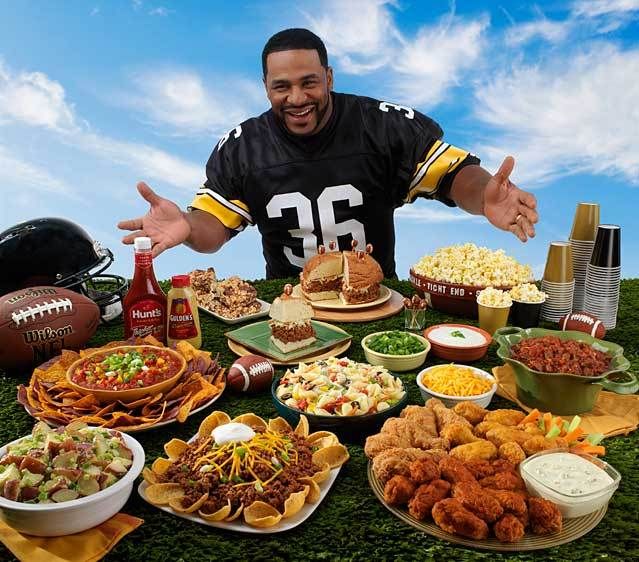 13. You won’t starve if you attend the Super Bowl XLIX live in Glendale, Arizona.

There are reportedly 47 concession stands ready to start making a dent into those beer and wings statistics this Sunday.

14. What is the longest Super Bowl “drought”?

The drought in this case represents the number of seasons since a team has played in a Super Bowl. Guesses? It would be the New York Jets who haven’t played in a Super Bowl game in 46 years. The last time we saw them in a Super Bowl was 1969 for Super Bowl III when they defeated the Colts 16-7. Ex-Jets coach Rex Ryan was only seven years old then. Of course, there are original teams that have yet to play in the Super Bowl (looking at you, Detroit and Cleveland).

15. The Seattle Seahawks are making back-to-back appearances. Duh we all know that. But did you know?

They are the only team to accomplish this in the last 10 years. Coincidentally, 2004 and 2005 saw the New England Patriots play in back-to-back games. The Patriots won each Super Bowl, beating the Carolina Panthers Philadelphia Eagles respectively.

16. Katy Perry will not pay or be paid to play at the Super Bowl half-time show.

The Super Bowl considers Perry’s performance a 12-minute commercial for the pop star to advertise her music and brand herself. Interestingly enough, the NFL reportedly wanted performers to pay them to perform in the half-time show. Needless to say, Perry confirmed that she will not be paying to perform on Sunday.

17. Want to hear Katy Perry sing in a different language at Super Bowl?

Curiously enough, an event that dominates the United States will be broadcast in 34 languages. So while Perry really won’t be singing in a foreign language, she’ll sound like it in the broadcasts.

18. The Washington Redskins lead all other Super Bowl teams in points scored in a first half.

Back in 1988, Washington laid 35 points out in the first half of the game against the Denver Broncos. While their first half was impressive, the Redskins only managed seven more points in the second half, beating Denver 42-10.

19. What was the lowest scoring Super Bowl that has ever been played?

No. It’s not the Broncos this time. The lowest scoring game was between the Miami Dolphins and Washington Redskins. The Dolphins beat Washington 14-7 in Super Bowl VII.

20. Who is the fastest team to score in a Super Bowl?

We don’t have to dig too far back in the archives for this one. Last year, the Super Bowl champion Seattle Seahawks scored 12 seconds after the game started. A two-point safety occurred when a bad snap went over Peyton Manning’s head. This was a sad beginning for a game that ended with Denver falling to Seattle 43-8.

How many productive things can you do in 12 seconds? Not too many, I’m guessing.