10 UFC fights we need to see in 2023, including McGregor vs Chandler

There were many UFC fights booked in 2022 that completely delivered on expectations and a few that shook up the industry with historic results. Suffice it to say, this past year was another profitable one for the promotion and that is probably why their pay-per-view costs were bumped up again heading to the new year.

If the mixed martial arts world leader wants to mirror the success they had in 2022, they need to make sure these 12 UFC fights are on the 2023 schedule.

It has been far too long since Jon Jones graced the Octagon with his legendary excellence. The former light heavyweight champion and UFC GOAT has not fought since a successful title defense at UFC 247 in February 2020. It was expected his transition to heavyweight would take some time, but not this long.

A matchup with reigning, but injured heavyweight champion Francis Ngannou has been the fight that he, the champ, and fans have wanted for almost two years. “Baddest man on the planet” versus the best ever. It needs to finally happen in 2023, and if isn’t made that would be a massive disservice to the promotion’s loyal fan base.

Khamzat Chimaev and Colby Covington are far and away the best welterweight fighters on the planet not named Kamaru Usman (the former champion) and Leon Edwards (the current champ). Both are right in the conversation for title contention, and there is no better way to decide who should be next in line than a scrap.

Usman vs Edwards III will be happening early in 2023 so both men certainly have some time to spare. Covington would be the ultimate test to finally prove, once and for all, that the Chechen star is every bit the title contender he has long said he is. Plus, the trash talk build would be epic.

Former interim lightweight champions Dustin Poirier and Justin Gaethje had the fight of the year in 2018 and fans have clamored for a rematch ever since. Both are elites of the division and are one good win away from a title fight next year. What better way to have a rematch — outside a championship bout — than a highly anticipated and violent war that decides the new No. 1 contender?

Israel Adesanya was one of two fighters on our UFC pound-for-pound rankings that suffered shocking last-minute losses in 2022. After being the better fighter for the majority of his five-round clash with long-time kickboxing rival Alex Pereira in November, he had the worst round of his career at the worst possible time. 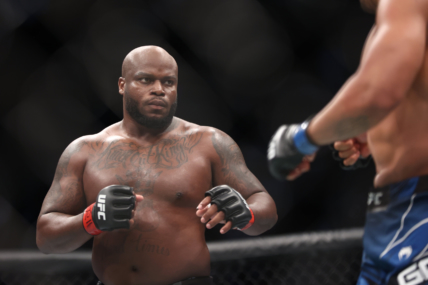 The man that has haunted his combat sports career beat him, again, but this time in MMA, and ended his long reign as UFC middleweight champion. A rematch is one of the UFC fights for 2023 that are an absolute must.

Despite a 2-3 record in the Octagon, Michael Chandler has been one of the best free-agent signings in UFC history. All but one of his five fights have ended in a definitive finish, and the one bout that went to the scorecards was his clash with Gaethje which was the 2021 fight of the year.

Chandler’s UFC 281 loss to Dustin Poirier was one of the best of 2022, but also pushed him out of title contention and perfectly into a possible showdown with Conor McGregor.

The Irishman has not fought since his UFC 264 defeat to Poirier in July 2021 and could be booked for a return at any moment. Chandler has called for the bout for years, and with both having loss more than they’ve won recently, a booking of two popular, exciting, and legendary lightweights makes more sense than ever before. 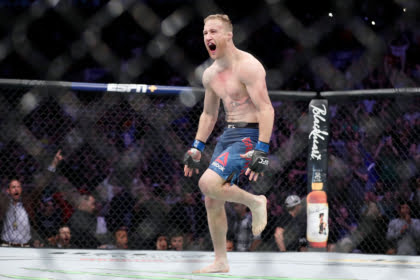 UFC women’s flyweight champion Valentina Shevchenko has struggled for years to find suitable competition. And while Taila Santos took her to the brink of defeat at UFC 275 in June, the promotion seems in no rush to book a rematch. This means the best option for the Kyrgyzstan star might be a super-fight with two-time strawweight queen Zhang Weili.

The matchup has been suggested as a possibility in 2023, and it would likely be one of the biggest UFC fights that can be made on the women’s side of the roster. Plus, the matchup is a fascinating scrap between two gifted strikers who are also very well-rounded competitors.

It’s a long shot, but the heat between rising featherweight Ilia Topuria and lightweight super prospect Paddy Pimblett would make a booking between the two one of the most anticipated bouts of 2023.

Topuria looks like a future title contender while Pimblett could be one of the most popular fighters on the roster for the next decade. While there is more threat in the fight for the Englishman, a victory for either would definitively proclaim them as the future of the UFC. 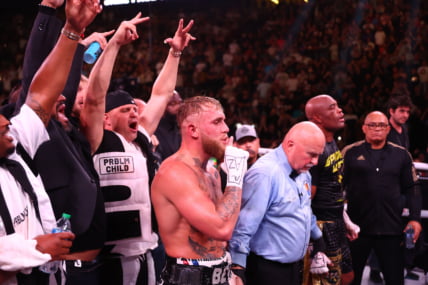 Also Read:
Jake Paul next fight: ‘Problem Child’ is back in February

As mentioned earlier, a Jones vs Ngannou matchup is one of the UFC fights for 2023 that is highly desired and probable. Meaning the next best heavyweights in the world, Ciryl Gane and Curtis Blaydes, have an open dance card. And pairing them up makes sense as a title eliminator and a test that both need to pass before a championship opportunity.

Gane lost in his UFC 270 title bout because his wrestling was proven to be a major weakness. If he wants to show he has fixed that hole in his game, surviving the best wrestler in the division would do that. For Blaydes, elite strikers have long been his Achilles heel, and there is no heavyweight that does it better than the Frenchman.

All signs seem to point to bantamweight champion Aljamain Sterling facing former two-division king Henry Cejudo next. Leaving Sean O’Malley and Marlon Vera — two title contenders with strong cases — left out in the cold. Why not warm up in a title eliminator rematch?

Also Read: Sean O’Malley next fight – Who could face “Sugar” in his Octagon return?

“Chito” scored a technical knockout win over “Sugar” in the summer of 2020 and it was somewhat controversial since an odd leg injury to the American brought it to a sudden end. A runback to put any doubts to rest for either man, with a title shot on the line, would be a PPV co-main caliber bout next year.

Rob Font and Adrian Yanez are two of the very best boxers not just at 135-pounds, but in the entire UFC. Both are ranked and in very different spots in their careers, which makes a possible fight a fascinating matchup. 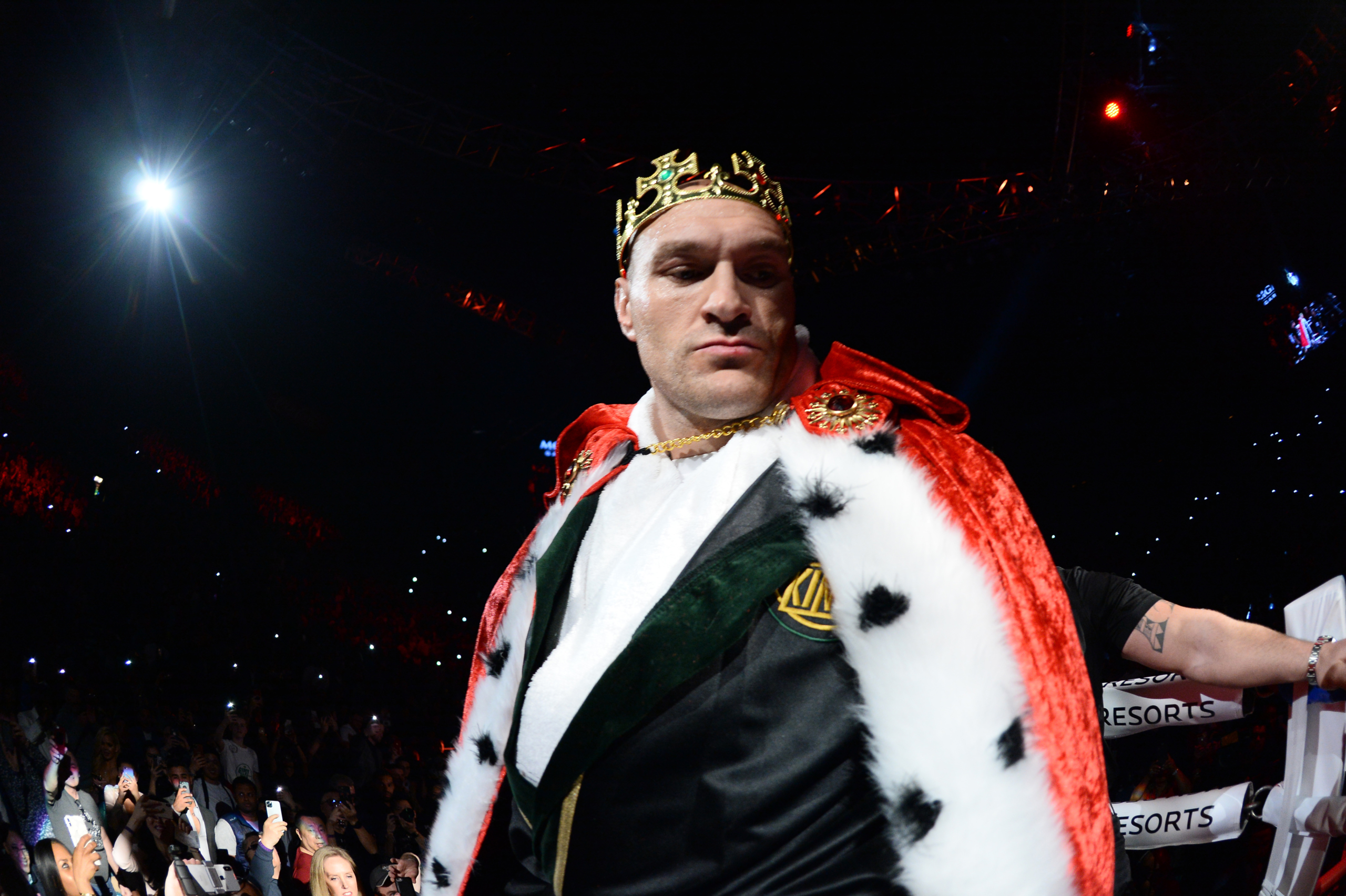 Font has lost two straight and needs a win fast to right the ship and get back into contention. Yanez is unbeaten in the promotion and needs a high-level foe to test how for real he is. The bout would mean more risk for Font, but it could also be a winnable high-profile scrap against a young star with a growing fanbase.